More and more people hang their bikes to get on an electric skateboard. A practical and economical means of transport. 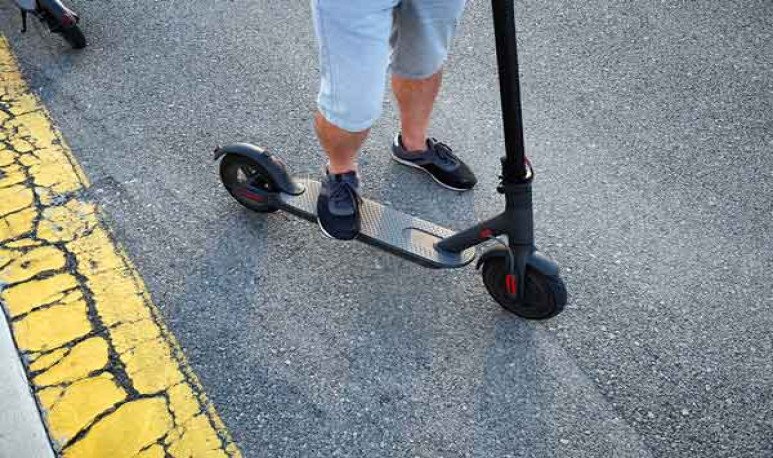 The ways in which human beings are transported have mutated throughout history. Obviously, our legs, for the privileged ones who have them (and we must never stop thanking them) are the first means of transport. But thousands of years later, with the invention of the wheel, everything changed. Later, the engines imprinted motion to the propellers that drive the ships or the turbines that fly the  planes . Of course, in between, we have taken advantage of natural factors such as the wind to be able to move. After summing up thousands of years in a couple of sentences, we position ourselves in the present.  And in Mendoza, where the electric skateboard has been installed as a real option to mobilize us and, gradually, I have taken it away from the bike or public transport.

For moving around the city or for short distances, the electric skateboard is one of the means of transport that appears among the options most chosen by users . In recent times, Mendoza has been expanding its network of  cycle paths , which has favored those who do not move in conventional vehicles: cars or motorcycles. That is why bicycles and, increasingly, electric skateboards appear there.

The great metropolises of the world have adopted this style decades ago. With spacious streets, they managed to install the bike paths where not only bikes circulate, but also electric skateboards and other technological transport devices . It is a fashion that began to be used in different parts of the world and Mendoza arrived last year. On the other hand, it should be noted that its use increases in summer times and decreases, almost to zero, in winter.

Electric skateboard is the most economical means of transport, after the legs.  The estimated cost per kilometer is very low. Considering the expense of charging your battery, it would be 10% to ride on a motorcycle.

As for the characteristics of the electric skateboard, it has very good features that make it more chosen: it is foldable, it is not a complex product to store when you arrive at your destination and that gives you some very interesting advantages.In addition, since it is not blood traction, the person does not perspirate, then  you can use it to go to work and not sweat.You can walk in a suit without a problem .  This is a key point because this has become a reason why, in some cases, many people stop moving by bicycle.

It has a  range of 20   kilometers  and has a charger similar to that of a notebook. Plugs in at 220 kW and charges in four or five hours. It reaches a speed of 25 km/h, which is allowed . It's a rare number, because it seems little, but when you're up it's perceived as an important speed.

The first thing to understand is that  the electric skateboard is not a toy. Excessive confidence can become a problem, because you think you are in a game, but you go up a means of transport that lifts a certain speed.Therefore, it is also important to mention that wearing the  helmet  is mandatory .