Home People As we are The dual being. 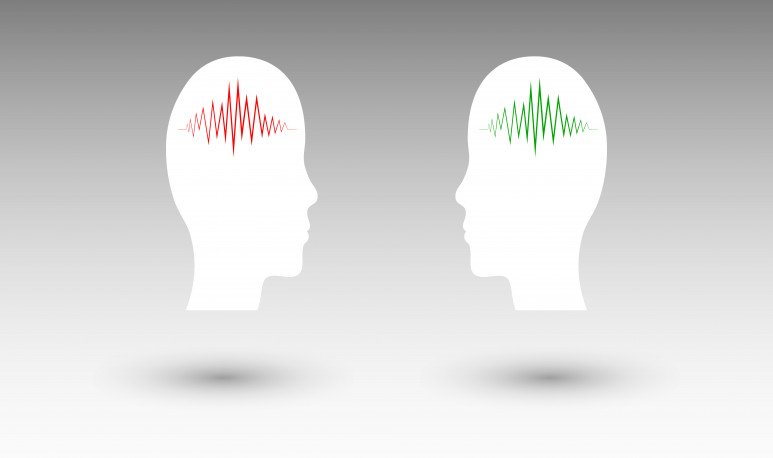 If there is something that defines us, it is duality.  The Argentine does not know gray: everything is white or black. I love you or I hate you.  There are no half-inks here. That is replicated in all areas: in politics, in rock and football, of course. Peronists or radicals,  Soda Stereo or Los Redondos ,  River or Boca . Any discussion quickly ends in an exchange of loudly screaming. Any situation is a reason for protest: pan and on the street. Any excuse is good for the unreasonable celebration, to share the joy between acquaintances and strangers.

Whatever the subject, the world is always divided into two: you are for or you are against. If you're neutral, you're warm. Passion, for good or bad, is above all else. No one understands that, however convinced you are about the absolute truth of one's own reasoning, nothing will make our interlocutor change his opinion, because — in turn — he is equally convinced of the truthfulness of your thoughts.

To be Argentine is to live in a perpetual duality. It's feeling the best and the worst at the same time. It is to envy the others and defend to death the one's own. It is to criticize everything we have, but to be certain that there is no one like us.

It's not easy to be an Argentine.

One might think that this inability to recognize an intermediate point, having to be “with one or another”, causes everything in this country to be raised from opposite poles. This is how, a few years ago, the term “the  crack ” was crowded. Initially, it was said to indicate the ideological differences between the people who followed  Kirchner  's policies and those who were totally against them. The crack was like an imaginary line that separated these two “sides” as if it were a battlefield and there were friends and enemies.

That clutter line flew over for years in any social gathering, radio or television program, journalistic notes and even personal  Whatsapp  groups. No matter how much interest in politics had those involved in these debates, they always ended up involved in endless conversations full of fervour. It was quite often that groups of friends ceased to have a bond due to repeated discussions at each casual or planned meeting. For this reason, several families decided to put the condition that politics should not be talked about on Sunday roasts, in order to avoid senseless anger.

That crack still exists today. And, as we said before, it shows perfectly how the Argentine always tends to duality. The term “the crack” was crowded for political reasons, yes, but we also see crack everywhere. That if the mate should be sweet or bitter, that if Lionel Messi is better than Diego Armando Maradona, than if the meat ready is considered cooked. Not to mention omnivores versus vegetarians, or  fit people - those who enjoy healthy eating and physical activity- and those who ensure that you have to stay at home watching Netflix. Everything, absolutely everything, can be considered as a game between two opposite sides.

The important thing is to understand that no matter what “side” of the ship we are on, we are all part of this ship and ideally we row on the same side. Above all, if we consider that this ship called Argentina sails over turbulent waters, it does not matter the time or the captain. That is why, even if it is a typical phrase that is widely heard, we must always remember that “Brothers be united because that is the first law. Have true union at any time, because if they fight between them, they devour them outside.”  And the “outside” can never, ever, be a brother.

Playing a Boca-River is something unique.