It looks like a TV comedy, but it really happened in a town of Santa Fe where the doors are still left open. Meet Emo, the thieving dog. 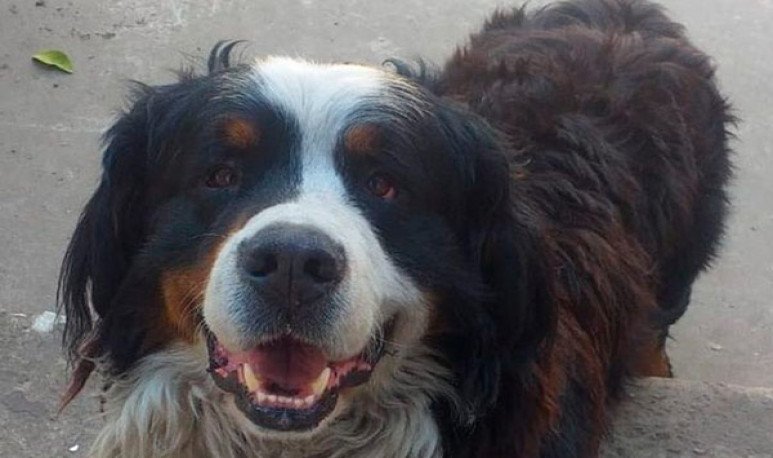 In Santa Fe we couldn't believe it  when this news went viral  . The incident occurred in  a quiet village in the interior of the province. It's called Pueblo Esther , and it's close to Rosario. This is the story of Emo, the thieving dog.

From that point in Argentina the story of a dog entering a kiosk, taking what he wants and going to eat it in the square was viralized. When the owner returns from work, he goes through the business to pay off the debt of what his pet consumed.  The little animal has its own checking account , let's say. As worthy of a film comedy as it is real.

The main character of this novel is called Emo. It is of the Bern Boyero breed and always lived in Pueblo Esther, with its owner and the affection of all its neighbors.

The nice story was told by Mari, the owner of the warehouse that Emo attends. She tells that the pet enters the kiosk, which is 100 meters from her house, and takes  hamburger breads, juices and even balanced food of one and a half kilos.

According to Mari, the first time she did it she didn't notice and it was another client who went out to run it, without success. But, as it has a security camera, the fact was recorded. Then, when they told Juan, the owner of Emo, he couldn't believe it and even asked to see the  recording .

The funniest thing is that, far from stopping, Emo continues to take advantage of when Juan leaves the door open and keeps going in search of merchandise. Mari claims that sometimes the bill is quite bulky.  The dog literally takes what he wants : lactal bread, packs of 24 hamburger breads, fruit juice, etc...

After the “criminal act”, the puppy usually takes the stolen food to eat in the square. What he has left over, he leaves it on the door of his house.

Apparently, the routine of its owner to go out every day to work became also customary for the dog.  The canyon usually takes the food he “steals” to the square to eat it in the sun and without anyone bothering him.

As he is of a large breed, Emo manages to take without too much effort with his mouth up to a pound and a half bags of his own food or anything else that temulates him.

In spite of everything, the good Emo won the  trust  of John who, therefore, does not hesitate to leave the door open. Things that, thank God, can still be done in the villages of the Argentine interior. “He behaves very well,” says the storehouse and adds for obvious reasons: “Although  it is quite daring .”

Emo is three years old and has already become known among the neighbors, whom he also often visits when he is left alone. Literally , everyone receives it with the doors open. One's house goes, another's house, and where he goes he always pecks, according to those who live in Esther Village.

I wish we could tell more stories like Emo's. Stories where thieves steal for  innocence , for simple hunger and cannot be judged. Village comedies where everyone laughs at the antics of a daring man.  From someone whose need is understood and cared for by all . From Ser Argentino we sent a hug to Pueblo Esther and his friendly dog thief.