In Argentina, cannabis self-cultivation was authorized for therapeutic purposes. One more right that is extended thanks to social struggle. 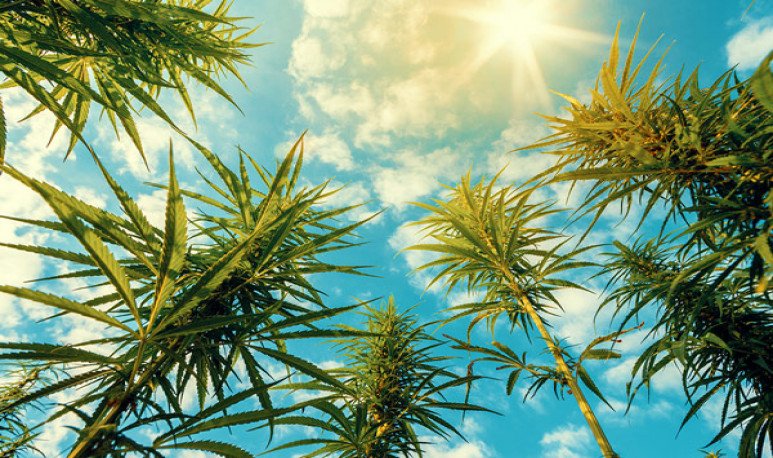 From now on, invoking the word  cannabis  will no longer cost stigmatization in the Argentine Republic . The debate always went to point to a paradigm shift in health, rather than pretending an unmeasured consumption. We are not the first territory to propose it, and we're probably not the last one either. However, a government decision of this calibre represents  a whole message of cultural parts . It's not about the whim of a small sector of society that wants to get together to smoke joint. Although what is the problem if it were? But we're not here to debate that today. The debate involves  making a problem visible and starting it from the taboo place  where they installed it for a long time.

Cannabis  plantations for medicinal uses  are carried out by hundreds of families throughout Entre Rios and the national territory . The main goal is  to reduce the negative effects of laboratory drugs . It happens that these can cause multiple wear in the body of people with chronic or severe illnesses. In view of this,  Mamá Cultiva Argentina was born, a civil association that saw the light on  April 7, 2012 . This began as a continuation of the Chilean origin organization that bears the same name. Which stood out for obtaining state authorization to grow and prepare oil with cannabis extracts free of charge.

For its part, the Argentine project emerged as  the need for many parents to form a group that represented their cause . The movement is made up  of relatives of users  who need the plant to alleviate various conditions. Therefore, they decided to grow in order  to make their own preparations . In addition, they meet to work on the promotion of laws that allow and facilitate their medical use. While they are also looking for free information on the subject. In this way, the initiative, which started in  Buenos Aires , echoed in the rest of the provinces. And Entre Rios was no exception.

In  August 2016 , the president of Mamá Cultiva Argentina, Valeria Salech, gave a talk in the capital  entrerriana  along with other references. The meeting was organized by the current national deputy Carolina Gaillard, and was attended by  more than 350 people .  That date is considered to be the beginning of Mama Cultiva Entre Ríos . In our province, the organization is constantly moving and is always thinking about new activities.  In this way, they hold workshops, trainings, talks and meetings aimed at explaining and raising awareness about the therapeutic uses of cannabis .

There, they are governed by mutual respect, considering that the person entering the group comes with a strong emotional baggage. Let's not forget that they are  mostly   parents of children with chronic diseases  who seek palliative treatments alternative to “official” medicine. In fact, in many cases it has been found that prescription remedies have caused troubling discomforts in patients. This is why they come to learn about it and analyze responses with fewer side effects. In addition, among them they share experiences, support each other and sustain each other along the way.

The claim began to sound more and more strongly and it became impossible to ignore it .  On November 12  , the country woke up with a  historical event  that was starred by a decree. With the signing of President Alberto Fernández, the Government published in the Official Bulletin the  new regulation of law 27350 . This  authorizes domestic cultivation and the sale in pharmacies of oils and creams based on  cannabis  .

A news that  changes the abolitionist and prohibitive perspective  of the substance to  a regulatory basis  . However, it is not authorized to the general public, nor is it intended to happen momentarily. On the contrary, a register will be opened and it must be justified that it will be used for therapeutic or scientific purposes. Anyway, what is clear is that if the rules today have its place, it is thanks to those who did not lower their arms.  Cultivators, social organizations, self-summoned people and whole families who fought to get out of hiding .

Last and not least, the  Chamber of Deputies of the Province of Entre Ríos  also set a position on  18 November  . It is that the legislators decided to  give half a sanction to the draft Medical Cannabis Law . The initiative was presented by the iputados Silvia Moreno and Néstor Loggio , and led to long months of extensive analysis. Now it remains for the House of Senators to give the last affirmative word and become a reality.  When society comes together and speaks, the wisest thing that can be done is to listen to it .