In October, the Pueblo de Luis celebrates its anniversary, but the Trelewazo is also remembered. 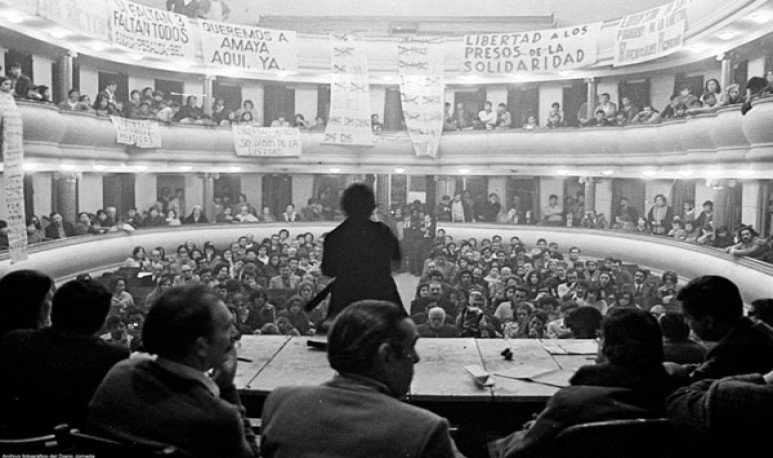 Every October 20,  Trelew  celebrates its anniversary , but October is not another month for the population of that city in the Lower Valley of the Chubut River, as it also has athe demonstrations known as the " Trelewazo ” are commemorated.

Less than two months after the  Trelew Massacre , the inhabitants of the Town of Luis were again shocked by the military presence on orders of the dictator  Alejandro Lanusse .

On the morning of 11 October 1972, a Hercules plane arrived in the Chubuten city to carry out the  “Vigilante” operation , devised and executed by members of the Fifth Corps of the Bahía Blanca Army,  to take residents of Trelew to Villa Devoto,  Rawson ,  Puerto Madryn and Puerto Pirámides.

That same day were released Carlos Maestro, Silvia García, Silvio Gratoni and Roque Callejas. Earlier, on August 18 of the same year, three days after the escape of  Rawson 's Unit 6, there had been lawyer Mario Abel Amaya. Most of the detainees were proxies or supported political prisoners who were housed in the prison of the capital  Chubuten .

By mid-morning, the whole city was aware of what happened and met in the Committee of the Movement for Integration and Development (MID) . There the former governor - the first provincial president of Chubut -  Jorge Galina received Atilio Viglione (from the UCR), David Patricio Romero (from the PJ), José Romero (from the Chubut Democrat), Roque Callejas (from the Popular Socialist Party), Edgardo Bellotti (from the Christian Revolutionary Party), Osvaldo Williams (from the Chubutan Action Party) and Adolfo Cristaldo (from the Progressive Democratic Party). 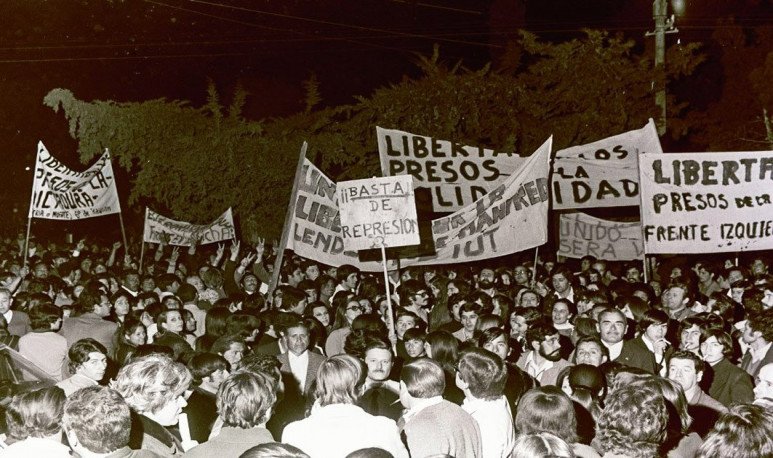 In that conclave it was decided to hold a mobilization in repudiation of what happened in the quiet Patagonian village and requested to use the Spanish Theatre to hold a mass assembly.

The streets of Trelew were filled with protesters while the Spanish Theatre was filled with militants who stayed for days in the building of the Spanish Society  of Trelew in a permanent assembly - the People's Assembly, as it was called - pressing for the release of the detainees.

Referees from all over  Chubut  's political arc demanded that the de facto governor Alfredo Costa release the detainees. He promised them the management to get out of prison, otherwise he would resign.

Thus Costa traveled to Buenos Aires in search of keeping his word, but his efforts to the then Minister of the Interior, Arturo Mor Roig, and his right hand, Miguel Szelagowski, were unsuccessful.

By chance of life, Costa met in Federal Capital with former provincial deputy René Coman , a radical leader who, thanks to his love for horse racing, and his assiduous attendance at the La Plata racetrack, had forged a close relationship with Szelagowski. Coman invited him to go to Government House to help him manage, and the next day he got the word from Mor Roig to release the Chubuten detainees.

This was how on Tuesday 17 October, six days after his arrest, after midnight, 8 of the first 10 released arrived in Trelew, among them Elisa Martinez de Franzetti; Beltrán Mulhall; Encarnación Diaz de Mulhall; Orlando Etcheverria, Sergio Maida. The other two, Luis Montalto and Isidoro Pichilef, remained in Buenos Aires City.

Almost half a century later, Trelew still reminds the people who decided to take the streets and organize to reverse a decision of the de facto power.