Home People As we are The day Gardel was shot

Did you know that the Creole Thrush had a bullet housed in the lung more than half of his career? Who shot him? Why? 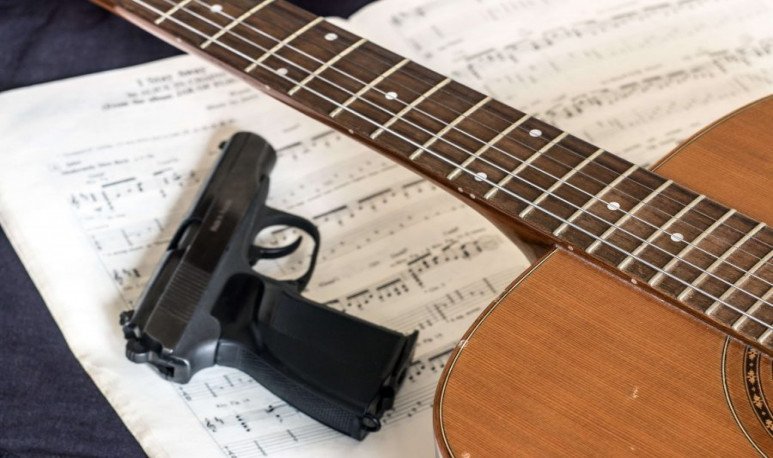 When I read this story, I was surprised. It seems to me that it has all the ingredients of a story, but as it happens more and more often, I confirm that reality tends to outweigh fiction. Then tell me if I'm wrong.

The theme was like this: a young but already famous Gardel was a day to play Madame Jeannette's. In addition to beautiful and “platuda” (I love that word), Dona Jeannette also called herself La Ritana. What was he doing? Here begins the cute: he ran a dating house (a beautiful metaphor).

When they finished playing they decided to go take the stirrup somewhere else. Quick reflexes, Dona Jeannette, enbelsed with the Creole Thrush, told her that it was not right to risk the guitar, that he could lose it or could be fanned. He invited him to drop her off at his house and look for her the following week. Carlitos understood the hint perfectly and left it. It wasn't ten days until they saw each other again. You can imagine what happened in that reunion.

The thing is, La Ritana was in a couple. And not with any paparulo, the cuckold was Juan Garesio, a heavy, owner of the most famous cabaret of the time: the Chantecler. When the good guy Garesio found out what had happened he decided to go find the 24-year-old singer. On the day of his 25th birthday (December 11, 1915) Gardel played at the San Martín theatre. At the exit (it seems he never went to bed before 11 in the morning), Gardel went to party with friends at Armenonville. At the door they met Garesio and his gang. Garesio went to the smoke and since Gardel's friends were not any breast-breasted babies, it seems that he set up flower that bard. With a couple of slabs in the middle, Gardel and his friends get in a car and leave. But the night wasn't over yet.

Garesio followed them. At the height of what is now Libertador and Agüero crossed the car and the fight was already a little more violent. Suddenly, someone throws a shot and hits the Thrush. Gardel is taken to Ramos Mejia hospital and doctors tell him two things: on the one hand, that the bullet is housed in a lung and that it is very dangerous to remove it. On the other hand, they didn't understand how he wasn't dead.

With more lives than a cat, Gardel recovers soon. But it doesn't all end here. Looks like La Ritana really liked La Ritana and it was for more. This point in history is Alberto Barceló, a conservative leader who admired Gardel and knew Garesio close. The Zorzal seems to have convinced him easy to leave the subject there, but Garesio wanted him dead (a woolen paw wicked his fame as heavy). Then Barceló sent it to Rugierito, his right hand, a guy with a lot of conviction, who said, “If you touch Gardel, I'm going to have to get me in.” They didn't touch him.

Don't you think it's amazing that one of the most important singers in our country's history has lived almost his entire career with a bullet right in a lung? How much did that piece of lead have to see in the tone and cadence of the Thrush? Would he have sung better every day without that metal in the body? We'll never know.

Last piece I throw as “rumor” because I investigated and I couldn't confirm it. It seems that Gardel's bullet came out of the gun of a certain Roberto Guevara, who years later would have a nephew who would become famous with a pseudonym who identifies us as Argentines: “Che”. What contursi me? Did they know her?

UNTAREF successfully defended the title in the Challenge Cup

A former box-champion, among the detainees in Tigre

Let's take care of the kids