Home People As we are The day Bariloche suffered a lagomoto 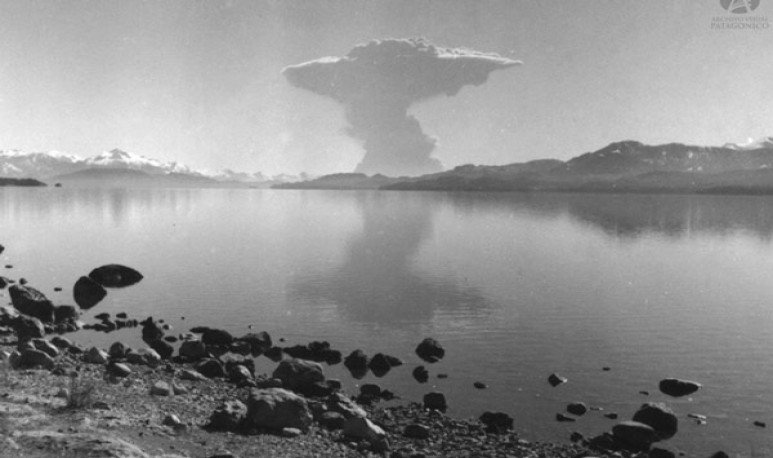 It was May 1960 and in   Bariloche   it was one more afternoon, quiet, cool but sunny. But  peace was interrupted by a lagomoto .

Nahuel Huapi Lake was transformed, at about three o'clock in the afternoon, into a gigantic wave that blocked San Carlos port and swept everything in its path. The reason? On the other side of the  Cordillera de Los Andes in Chile, there was a strong earthquake whose movement reached Bariloche.

That was what generated the terrible lagomoto that  left the balance of two dead s - although some are encouraged to say that at least three died. However, the records confirm that the deaths were two. A 30-year-old, Andrés Kempel , who worked in a pier sector with members of the Bariloche Yacht Club in various maneuvers to remove three sailboats from the water for maintenance. The second of the deceased was J ulio Fratini, 36 , who was aboard one of the sailboats. A man by the name Manzanelli, who was looking after a boat, jumped off the boat as he saw the giant wave approaching and saved his life by a miracle. Kempel and Fratini, meanwhile, were dragged by the water without being able to be rescued. In the Trans-Andean country, thousands of fatal victims had to be regretted.

The 1960 earthquake had its epicenter in Valdivia, and reached a magnitude of 9.5 being considered one of the most violent in history. While in the town rionegrina it was felt intensely, there was no direct damage, until the lake unleashed its fury.  Nahuel Huapi  water entered more than a hundred meters inside   Bariloche causing widespread panic and some damage that I hadn'twas the product of the earthquake. That lake that quiet had become a threat and a nightmare. The water mirror bed was shaken in such a way that it caused that swell similar to the one that occurs when we sharply shake a container of water.

About 15 minutes after the earthquake on mainland, it is remembered that a wave that is estimated at about seven meters swept the waterfront of the lake and razed the port.  On a May afternoon, it could have had worse consequences, but that day, there was just a cavalry festival organized by  Gendarmerie  , which called for many neighbors who, without knowing it, saved their lives by attending that event developed in El Picadero, that huge property next to the Civic Center, where the Bariloche Center building is currently erected.

60 years after this tragic episode, it is necessary to remember that nature can hit us hard. However, experts celebrate that the epicenter of the phenomenon in Bariloche was in the lake and not in the urban center of the city, because otherwise we would be remembering a tragedy of greater magnitude.

Research in search of lagomotos

While the likelihood of such a phenomenon is low, the possibility does not cease to exist.In 2006, based on a geological report that was requested from the Universidad Nacional del Comahue linked to the Bariloche Congress and Convention Centre project on the coast of Lake Nahuel Huapi, began an initiative to investigate underwater landslides in different water mirrors in the  Patagonia . It was in this way that movements were identified in Lakes Huechulafquen, Lácar and Traful, in  Neuquén  and Lake Futalaufquen, in Oh , Chubut .

Researchers don't want to be alarmists, but they seek to generate at least one consciousness.Unlike an easily identifiable surface collapse, underwater movements are harder to detect, but the consequences of a new lagomoto could be devastating.

Will the phenomenon that Bariloche suffered in 1960 be repeated?