Home People As we are The weeping girl is santafesina

The weeping reappears every while in Santa Fe. We Santafesinos are already friends with her. Lately, I've been doing yours around Rincon. 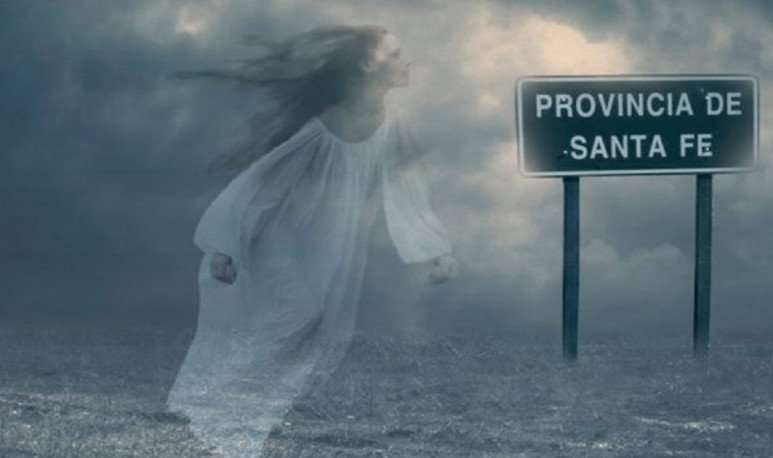 When I was a kid,  I heard several stories about  the legend of La llorona in Santa Fe. I have a relative who recounted one who lived in my own flesh. He would return to his house one dawn on foot after a  night of jarana . Before that could be done quietly in the provincial capital. Today would be crazy, to blame for  the constant insecurity we live in . But let's not leave the subject. In his walk, this relative of mine feels the characteristic heartbreaking cry of the character who summons us. Looking back, he discovers a human figure that follows him, several meters away. My relative accelerates the passage. The crying goes on and the figure does not move away. As a Hollywood  horror  film, he starts to run without getting away from his pursuer.He's saved because he manages to get to his house . The trauma remains for years.

In the humblest neighborhoods of the city, the crying of La llorona is often heard. And the neighbors assure that it runs above the veneer ceilings. Skeptics say they're cats mating. Everything can be.

The weeping girl is actually  a traditional  legend    whose roots can be traced to the pre-Columbian era. Some even attribute indigenous relations of the Conquest.It is one of the best known stories in Hispanic American folklore. And it is one of the most widespread myths in countries such as Uruguay, Mexico, Honduras, Colombia and Argentina.  There are even European versions .

Despite the immense variety of existing stories given the diversity of the rich cultural tapestry of these countries, the core of this is usually the same. A woman trapped in a turbulent love story and a deadly destiny: sees her children die (or murderers). It becomes, thus, a spectral  soul in grief  that runs the rivers and roads looking for its lost offspring. On her way, she terrorizes with her heartbreaking crying any unfortunate who sees her.

Where are you going now?

In recent years  there have been reports  and even film records of alleged apparitions of the llorona in Santafesina lands. I was stalking the San Carlos and Galvez area.

During the quarantine 2020, it was important news in San José del Rincón, a few kilometers from the capital. The most curious thing about the case, which attracted even national media, is that  the municipality itself warned of the presence  on its social networks. They even provided a telephone number for anyone to contact the authorities, should they meet the well-known  ghost .

Despite the curious thing about the news, the truth is that many local night shift workers have reported witnessing La llorona and heard her atrocious cries of pain on numerous occasions. It is suspected that the culprit might be a group of jokers who are dedicated to scaring the villagers. Precisely because of the presence of these imitators would come the alert. It would be  possible for some people to use the figure to commit crimes.

But the truth is that some residents of Rincón claim to have seen La llorona, and even describe the meeting. A gentleman who has lived in  that area  for 35 years was found near provincial route number 1 at kilometer 5.5. He says he had to leave at one in the morning for an emergency. When he returned, after both, he heard the deafening cries of crying and  saw a woman with long black hair, dressed in a white robe  facing the river.

“I can describe it to you in the three minutes I spend with the van because I went down to see her well. They felt this woman's howls or screams. The figure I saw apparently is a woman dressed in white, I wanted to see what she was wearing shoes, and I couldn't see that she was leaning on the floor. She never turned or looked at me, but moved to the side.  Always looking towards the river .” All this was reported to Santa Fe media when the neighbor was consulted.

“What caught my attention most is the howling that long. Penetrates the ears. Those who know me know I have a truck that makes a very big noise . However, this howl that long this figure does wrong  if you have it close.”

Whether or not it is the one who really appears or not, we may never know. What I know is she's more than part of our culture. It's even a friend. A voice that you can hear in the evenings so you don't feel alone.