The caulafatenses always have their shirt on. And it's just that El Calafate has that what I know, that invites you to stay or come back soon. 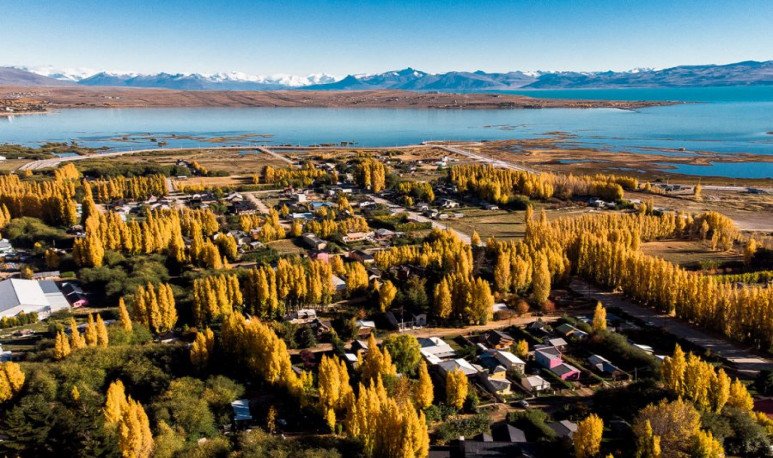 A characteristic feature of   calafatenses   is that they are proud of their city. Originally many went to visit and for some reason decided to stay. El Calafate is a beautiful and thriving resort town, located 316 km from   Gallegos River   . Its name comes from a small shrub typical of southern Patagonia. This mystical fruit is a very appetizing berry in the preparation of sweets.   According to the   tradition   , who eats calafate will ever come back for more   . Naturally, no one can seriously take a legend today. However, why are the caulafatenses so in love with their city? Is it the   landscape   or the economy? Have they tasted the fruit? What makes people who visit El Calafate want to return once again?

It is said that, once, Koonex, the old healer of a tribe   tehuelches   His tired old legs were exhausted, but the march could not be stopped. So, Koonex understood the natural law of fulfilling destiny. The women of the tribe made a canopy with guanaco skins and said goodbye to the old woman with the singing of the family.   Koonex was left alone to die   . Many suns and many moons passed, until the arrival of spring. Then the shoots were born, the swallows arrived, the chorlos, the cheerful chingolos, the charlatanas parrots. He was coming back to life.

On the hides of Koonex's awning, a flock of birds sang cheerfully. The old woman rebuked them for leaving her alone during the long and rigorous winter. But the birds responded that they had abandoned it because of the lack of food and shelter during the winter. Koonex understood and said: “From today they will have food and good coat in winter, I will never be alone anymore.”   The old woman turned into a beautiful prickly shrub, with purple blue fruits of exquisite taste   . From that day on, some birds did not migrate anymore, and the Tehuelches also tried it, and adopted it forever. Sparramarramaron   seeds   And from then on, it is said that “whoever eats caulafate always comes back. ”

Proud of their city

Unfortunately, there are no studies that determine the number of calafatenses that tested the famous fruit. It is also not known what is the percentage of them who consumed it and stayed in place. What if there are studies is about the quality of life in the city. A study of   CONICET   , which investigated the regions of the country with the best quality of life, gave a revealing result.   El Calafate is located within the areas of the country with   better quality of life     . So... Is that it? Are the caulafatenses proud of their good life? Maybe it's a little bit of everything. There's something in the air of El Calafate that invites you to come back, to stay. It is the air, its beautiful landscapes, the people and the quality of life. Or maybe it's that old lady Tehuelche who didn't want to stay alone.