The pandemic can also be tragicomic. Although who might doubt that “La Buenos Aires” is not able to save us. Find out how. 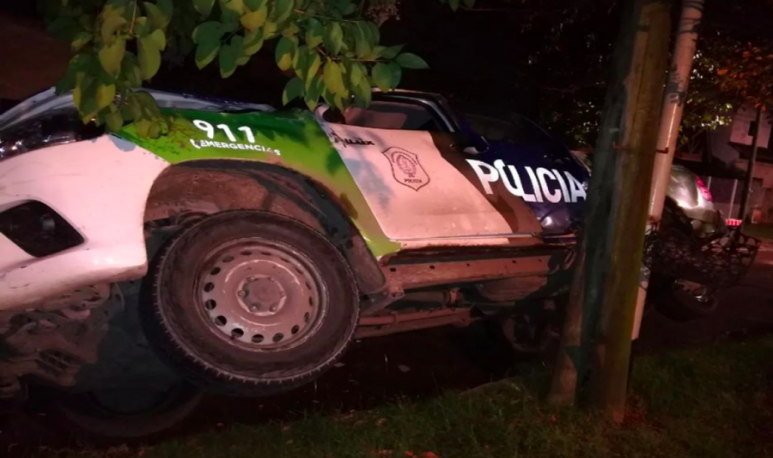 Many years ago, at the end of a   riff  recital,  Pappo told the public, “Be careful; today is Saturday and the blues are hungry.” Maybe things have changed and the glorious “Bonaerense” will save us from the coronavirus...

I live in a club. The Hindu, in front of Route 202,  Don Torcuato  , northern Buenos Aires . Today I needed to buy fruit, water, wine, milk. And I went to find them at the  Chinese supermarket  on the other side of the route, next to the gas station. On the beach there were two cops standing next to a Fiorino. The driver moved his arms drawing excuses that seemed to bored the agents. Twenty minutes later, leaving the super with 5 litres of water, a can of peaches, milk, wine and so on, the van and the cops were still there.

Without remembering Pappo's message I approached

“Good day officers.  I would like to know how I do the procedure to bring food to my mother , who is disabled.” “Documents.” “Whose documents, from my mother? I don't have them.” “Carlos, call the service officer. We have an NN breaking the quarantine, no gloves and no fadget. What do we do?” “But if on television they say that it is not necessary to use...” “Gentleman, I'm not talking to you. Stay still and quietly.” “Copy mobile” “And what is the homeless man doing?” “He wants to go to Vicente Lopez.” “I'm not homeless.” “ I'm tired . I command you to stand still.” “Copied. Take it to the dependency or let it go.” “ Get on the patrol car .” “But he said that... All I did was ask them how to do the process...”

“I thought it was about blinds...”

One of the cops (I find it very difficult to say which), approached me  from behind to persuade me to get on the patrol car faster . The mouth with shopping got tangled between his legs, hit the socket of the car, and the bottle of wine broke. “But what does he do? Is he crazy? You want me to prosecute him for damage to police property? You don't care about anyone... Come on, I'm tired.” And there I went, with the shopping bag, in cane.

I looked inside the patrol car and  felt the same frightening as when I was five years old they took me to the ghost train . The back seat had been replaced by  a loose board  and with dubious halos. Inside everything was stained and dusty. And nothing, nothing, was healthy or had its original shape.  An acidic smell , like an old stove, made me tear. When the two officers got on, the seats were scarved and the car wobbled

And here how “La Bonaerense” is planning to defeat the coronavirus

The companion pulled a sprayer out of the glove box, with a pink liquid and moistened his hands. Then, without looking he pointed the beak back and triggered several times. “ No more gel alcohol, but kerosene is much better . This does kill everything.”

I walked into the police station tearing, with my face irritated and a disgusting smell of kerosen e. After I signed a document that was impossible for me to read, they told me I could go. But that they were kindly going to take me home. “Thank you very much, I prefer to walk.” “Look at it, man; it's disgusting. That way he doesn't even get to the corner... It's already. Now do your obligation and stay in your house... He saw everything went fast.  The only thing to regret here is the tintillo  (remember that my bottle of wine broke when I entered the patrol). Yes, sir. The tint thing is a shame... Let's see... before you go, give me your hands I'll spray them again, so the effect lasts all day.”
I looked at him, I remembered Sir Alexander Fleming, inventor of penicillin, and I said to him as he approached his hands, “You do me an official favor... Don't you leave me at a gas station that sells kerosene?”