Home People As we are The Barabravas of the Harvest

The Barabravas of the Harvest

Elected queens in each department provoke the admiration of their relatives, friends and neighbors. Departmental puffies encourage without stopping. 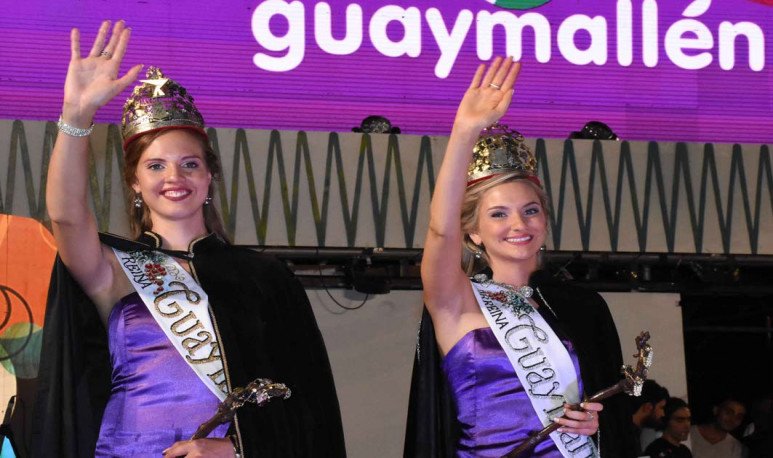 Every year, on the   National Harvest Festival  , the queen is chosen. Something that is currently under discussion because of the alleged cossification of women that this distinction implies. But in the meantime, we must explain that  the elected national queen will emerge from the departmental queens that, months before, have been elected in their municipalities.  And, although  Mendoza  is made up of 18 departments, this year the Municipality of Malargüe decided not to participate in the Harvest (for political reasons), so there  will be 17 candidates to succeed María Laura Micames, the outgoing queen. But each of those 17 women is not alone. Taking care of their backs are the swollen of each of the departments.

They behave like real football  barabravas  , but with respect and innocence. They move in combis and collectives. Those who arrive from the further, have previously shared a meal together and move singing the songs that some witty has composed. In the days of  Harvest  they leave everything for their candidate.  They ask for days at work, stop studying and place their pets in a dog hotel. They just think about her. The young woman they saw grow up around their homes and who, one day, is about to be famous. Because that's what makes him proud, in short. And  more than one boasts of being the architect of the queen of her department: “I always told her to show up,” they confess.

The departmental swollen make their first public and media appearances a few days before the central act.  His baptism as barabravas occurs in the hotel where the queens make real coexistence. There they arrive escorting their candidates with banners and speakers.  Parents, siblings, uncles, grandparents, friends, companions, neighbors, acquaintances and passers-by who at that time pass the sidewalk of the hotel.Everyone is infected with the support that emanates their presence.

They accompany them everywhere: Blessing of the Fruits, Harvest Festival, White Way, Carousel and central act.  The latter is the long-awaited moment, for which they were so encouraged.  As in football, they are located in the stands of the Greek theater Frank Romero Day.  The announcer animates them from the stage. Every time they hear the name of the department they represent, they stand up and scream enraged. The puffies are known to be the protagonists of that moment.

Finally,  the vote count will come.  After the party on stage, there will only be room for nerves and anxiety.  The announcers will start singing the votes. Some departments will be appointed more frequently . Then, some swollen will have come to an end. Swollen whose apartment is already only sporadically appointed.

However,  the most mentioned are still on track. A couple, or three departments, will be the expectation until the end. The most named.  Until the voices will sing no more votes and will present the winning department, the new National Harvest Queen.

Some will have done their own count with the app or with paper and pencil, and they will already have the winner. Others, will have been lost on the road.  Announcers announce the name and a handful of people, lost among the 20 thousand who attend the Greek theatre,  exclaims of algarabía. They have been done with the National  Harvest Queen 2020 .