Eastern immigrant settled in the country since 2011, Lu Xia rehearses in the novel “Ida”, written in Spanish, topics such as the struggle for life, the status of women and the different translations among asymmetrical cultural contexts. 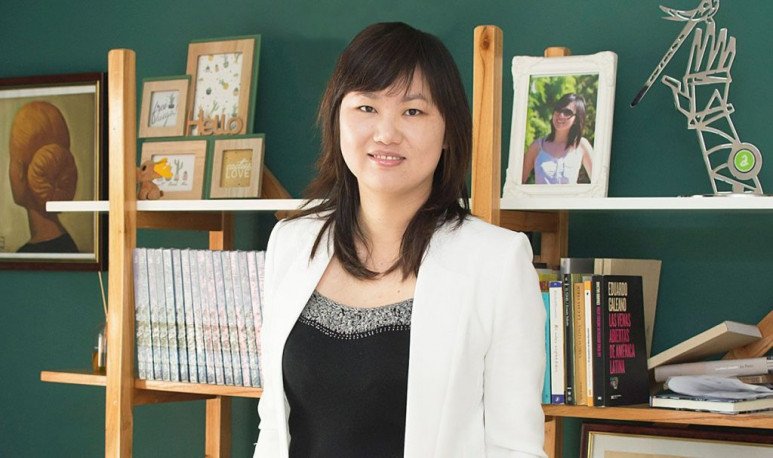 Amid the high tide of green scarves and inclusive language, the publication of Ida, Lu Xia's first novel, is a remarkable event. This is the first literary work written in Spanish and published in Argentina by a Chinese author based in our country (strictly there is no male background either, which does not mean anything, but tests how to communicate novelty). But, in addition, this double condition of chin@ and woman in Argentina is the basic raw material of the narrative. For the time being, there is a real story that Lu Xia — like Ida, her quasi-alter ego character — decided to make Buenos Aires its place in the world. Born in Zhejiang, near Shanghai, she was known to be destined to work and get married in the family knife factory, but first chose to go for a job and live alone in cosmopolitan Beijing; then she was encouraged to try her luck in Miami, where she got “off the superficiality of life in Miami. United States”, and finally opted for Argentina: geographical antipodes and also the others. “This is a country where everyone reads books and newspapers,” he defines us. Lover gestures and symbolisms, he arrived in Buenos Aires on 1/1/11 with twenty-first years of age. She went out to earn a living; she did it and today she is a young entrepreneur and graduated in Economics who is dedicated to exporting national wines to her native country. He also attends courses in Chinese literature and culture and passionately reads Ricardo Piglia, who is fascinated by “his intelligent humor and his irony.” On the other hand, it is healthy to notice that nothing in his personal aspect, at home — where traditional Chinese music plays on Youtube — or in his conversation distilles bohemia or cultural field tics. In Lu there is no imposture: his specialty is not to love but to concretize. The facts speak for themselves. She performed (under her stage name Eva Blanco) in a short film with the actor of Un talento chinese; translated Sandra Russo's book La presidenta into Chinese; wrote her novel Ida and even took care of herself, in Antarctica, the photos that illustrate the cover. “Here I feel a free woman, much more than in China, where mandates and history weigh a lot,” she explains speaking a correct Spanish although sometimes she lacks words (who doesn't?). Or they may not reach the words of any language to denounce historical outrages against women in their home country, ranging from traditional corrective use of bandages and girdles to have the “lotus foot” to extreme practices of the Cultural Revolution of the 60s and 70s such as abortion mandatory when it was detected that the fetus was female. “Males were needed to work, so we were discriminated against before birth,” she reflects, although she clarifies that she strongly supports the voluntary termination of pregnancy. “Being feminist is the way of Ida, there is no return”, is the phrase with double meaning that opens the novel. In contrast, or rather as a reaction to all that ballast, her heroine Ida is a young, worldly woman who lives a rich and uncomplicated sex life with partners inside and outside the community, far from the resigned existence suffered — or not even that— her childhood friends, whom she visits some that again. And just as far as the archetype of Chinese from the Argentine supermarket, with which he also does not identify despite understanding it: “It is the easiest way to start making a living without knowing the language.” But Ida will also be, in 2025, the first Chinese woman elected deputy in Argentina (there is already one, male, in real life: the Buenos Aires legislator Fernando Yuan), although in the present of the narrative the protagonist is still far from imagining it. The story starts just that year, when a young cultural journalist also born in China, Su Xiao Nuan, was commissioned to write the biography of the elected deputy. Who asks her is an abassalling official, Victoria Wang, director of the Argentine House of Culture in Beijing. The three are, somehow, alter egos of Lu Xia at different ages and stages of his personal realization, seen through a play of mirrors and overlapping layers. For the time being, this device allows Lu to describe in detail that House of Culture where Argentine authors are translated into Chinese, courses are taught and even works.· Institute of malbec. “La Casa de la Cultura is my dream, I want to make it happen and I already have it designed. I need financial support, but I'm already talking to Chinese entrepreneurs,” she says very convinced. So much so it is impossible not to give some credit to this entrepreneur who already proved to know how to make his way in business and literature. It can also be said that the existence of Ida is the first link in a much wider project of which the first step, which is the fact that it conceived it, has already been taken. It does not matter that he has not been part of the thirty trade agreements signed in Olivos between Macri and Xi Jinping. Source/Image: Profile