We step on the sand and our playful spirit is lit. 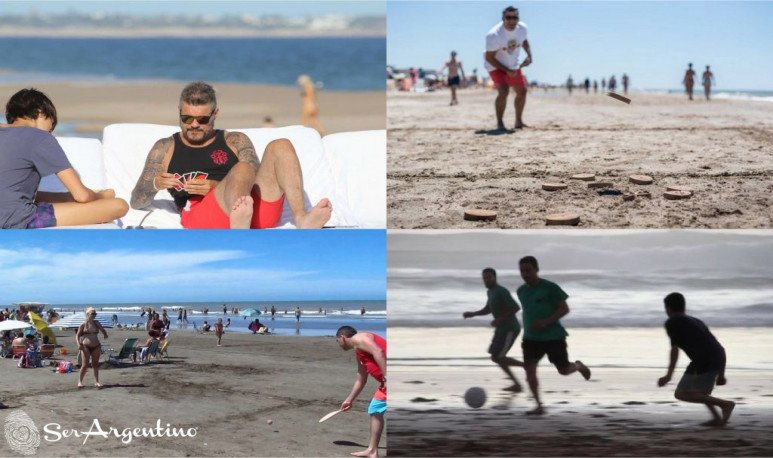 By: Gabriela Saavedra
When we go on vacation to the coast, we do things that we would never think of doing the rest of the year. We don't talk about eating roast, churros and rabas from Monday to Sunday, but about the playful part that is lit when we step on the sand: beach games. Some because they are classic, others by habit, and others because they are not left out of anything. Here are the 5 favorite games for Argentines on the coast: 1) Yew  Generations intersect in this game that requires a little skill and a little strategy. The one who wears it can spend whole hours playing; the one who looks from the outside does nothing but die of envy. 2) Ballet-trowel  It doesn't matter if we don't run even to the collective all year round, summer comes and we are despised for our improvised ball-paddle tournament. The biggest advantage of this game is that it is democratic: he plays the gifted and the one who does not hunt one. In the end, what matters is to compete. 3) Picadito  The usual, but different: on legs, improvised and with clothes doing the times as bows. The sun goes down and more than one is stepping on groups of unknown friends begging that one is missing to join the other's picadito. 4) Letters  Chinchón, Broom of 15, The stolen house: the game changes from family to family, but cards are never missing on our beaches. Of course: you will have to choose some windy day so as not to run behind a jock. 5) Generala  We're all passionate about it, but for some reason we can't even think of playing it at home any Sunday in October. It has to be on the coast and in summer. Many of the most intricate fights of the holiday arise because of this game.