The Mendoza Legislature received the donation of a gigantography with the face of San Martín. Looks like a picture taken yesterday. 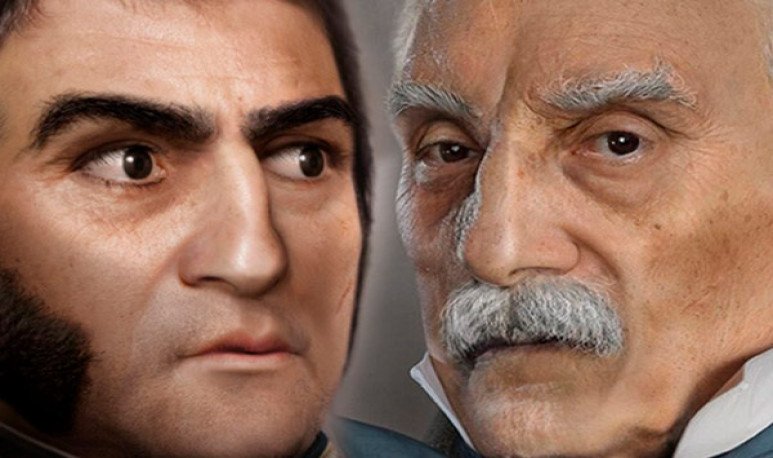 The  Legislature of the province of Mendoza   is divided into different spaces and halls. The Hall of the Lost Steps, the Journalists Mendocinos space, the lawmakers precinct, are some of those that make up the grand palace of laws.   But there is one that stands out over the others, it's the Governors Hall.  And there, among the face of all the governors that the province has had in its history, there is one that, for some days, stands out over the others. iacute; n .

As we have explained on this site, for Mendoza, San Martín is one more of us, even though he was born in  Yapeyú . His place in the  Hall of Governors is not only justified as the father of the homeland, but also he was Governor Mayor of Cuyo in 1814.

This is an impressive hyperrealistic picture of the face of San Martín. Although it is a painting, donated by Ramiro Ghiaglizza,  it is based on a daguerrotype from San Martin, with the first photos taken from it, between 1846 and 1848, but it looks like a recent photograph. The table measures 2.30 by 3 meters and becomes part of Mendoza's cultural heritage. A work that the artist donated in commemoration to the 243 years of the birth of our Liberator.

Ghigliazza is a graphic designer and has produced hyperrealistic portraits of other heroes, as well as another of San Martín when he was younger and with a combat wound on his face . The artist was invited to install his work at the House of Saint Martin, in Boulogne Sur Mer, France. Also at The British San Martín Institute in London, England, and at the Argentinian Consulate in Barcelona and Cervatos de la Cueza,  Spain , but owing to the pandemic, these facilities could not yet be completed.

Ramiro is a native of Santa Fe and his work has to do with photographs of human beings, of faces that he is assembling part by part. The goal of this slow and very thorough work is to make images have soul and life.  This young artist already managed to make a similar photograph with the face of Manuel Belgrano and Remedios del Valle. The artist explained that San Martín, in this photo, is around 70 years old.

In this way, Mendoza continues and does not tire of performing different cults and tributes to José Francisco de San Martín. A person who made multiple contributions, not only to Mendoza and Argentina, but also in the rest of the world. Contributions that have to do with political, economic, military and social influence, setting the course of many emerging countries, being studied by the largest universities on the planet.