Home People As we are Sister Purita

We tell you the story of Sister Purita, a nun who continues to perform miracles from the underworld. Paranormal miracles. 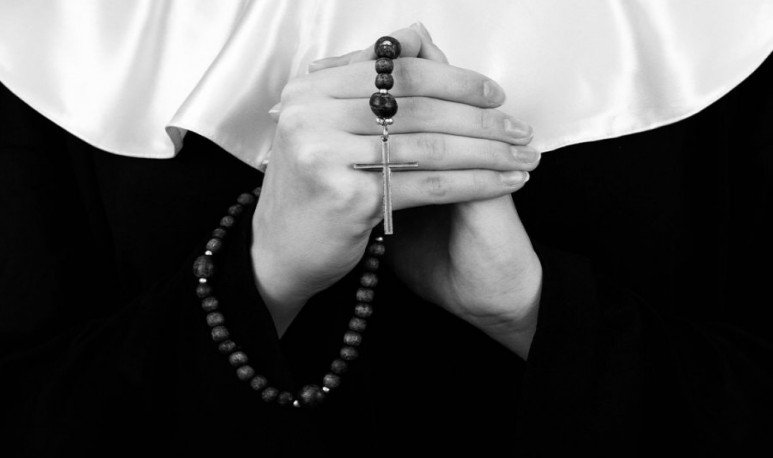 At the end of the 19th century,  this nun from the Cordovan Summit was born under the name Secundina Guadalupe Olmos  . It belonged to the order of the  Discalzas Carmelites , where she acquired the title of  Sister Purita. In the mid-1960s, at 69, the Sister died from a  fulminant disease.  After a few days after the diagnosis, almost suddenly. From their convent they decide to take it to the cemetery of San Jerónimo, the  iconic capital of the  Cordovan capital.

After 10 years of being buried  in the  San Jerónimo Cemetery , suspicious messages of thanks began to appear.  Gold and silver  metal plates with love messages dedicated to the  nun .  Unique  offerings   , roses and candles that gave life and color to Sister Purita's tomb. From those gestures, different  miraculous episodes began to happen.  Above all, they relate to the   loves and desamors   of the people who made requests through these gifts to the Sister.  This servant of God  was a celestine, a woman dedicated to  sentimental, emotional and loving problems  . Also requests for this Cordovan character are related to  work or study.  The plates on his tomb range  from the year 83 to the present.  There are even messages that are on the waiting list, as the wall that is part of your pantheon is full and  has no more space.

Messages from the afterlife

In front of his tomb was a candlestick in which his followers placed candles and offerings. But the authorities of the cemetery decided to remove it, as  mysteriously  the candles appeared  on in the middle of the night.  When the cemetery is closed. And this, in addition to being a  paranormal episode,  was  dangerous  for the facilities of the  city of silence .

Another  episode of the afterlife  thatucedió was on a rainy day. Visitors were fixing the graves of their loved ones when it happened. The lights of Sister Purita's pantheon began to flatter.  They turned on and off, mysteriously.  Many people witnessed this fact.

That is why Sister Purita is consecrated as  the most famous of the saints  who roam with her soul in grief. And it fulfills the love desires of the Cordobeses.

Did you hear about ghost eden?