Home People As we are Santi Maratea did it: Emmita was able to access the most expensive remedy in the world

In less than two weeks and thanks to the spread of the influencer, 2 million dollars were collected for the baby, who suffers from spinal muscular atrophy. 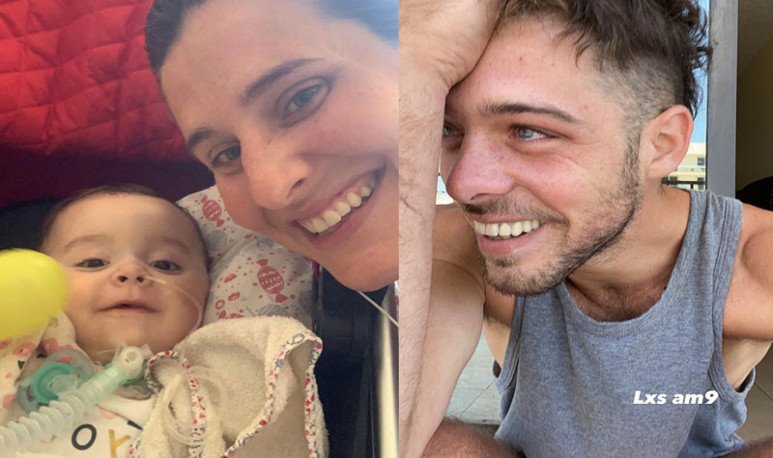 Buy the most expensive remedy in the world : that's what Enzo Gamarra and Natali Torterola, Emmita 's parents, had to do in order to save their baby's life. Of course, the Chaco family was far from having the necessary money. However, faced with a situation that could throw anyone down, they decided to move on. Try it.  They had to raise exactly 2,125,000 dollars . And they did it. But, of course, they did not do it alone: they did it through the “ largest solidarity bridge in the world ”, as they themselves defined. The  influencer   Santiago Maratea  had a lot to do with this feat, but thousands of solidarity souls and an anonymous hero were also behind. 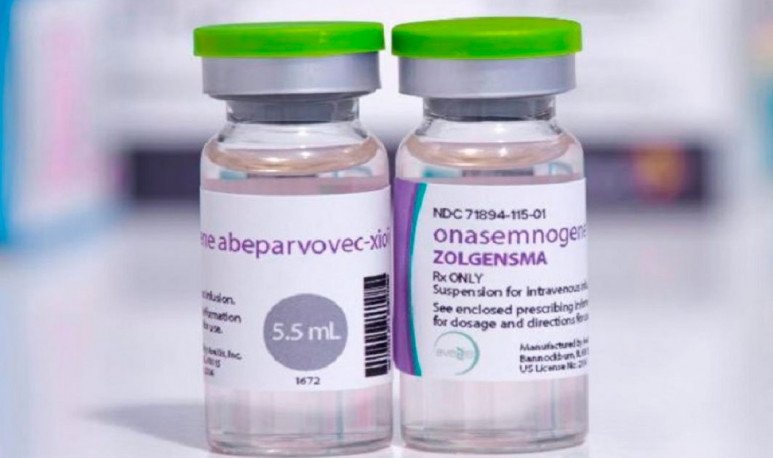 This story tells us a lot about us.  He tells us about  solidarity , hope and commitment.  He tells us that the impossible doesn't exist.    That, when we get together, we're invincible. And, also, that a paradigm shift is possible.

Nothing can be more desperate for a father than to notice that his son is not right. Enzo and Natali began to see something was wrong with Emma when she was 3 months old:  she didn't move the same way as other babies . After several consultations, on the recommendation of a neurologist, they left  Resistencia  (Chaco) to Buenos Aires, to search for specialists who could help her.

Emmita was diagnosed with spinal muscular atrophy (AME),  a neuromuscular genetic disease that attacks nerve cells and progressively debris its muscles.   As your muscles lose these cells, they become weak: it is increasingly difficult to move, sit, crawl, control your head and neck, and even eat and breathe.

Although it is a genetic disease, it is common for parents to have no symptoms and only learn that they are carriers of the defective gene when they give birth to a child with the disease.  One in fifty people in the world is a carrier of AME.   According to its severity, there are different types:  Emmita has the worst disease of all,  type 1. To this day, there is no cure, but there are drugs that help to greatly improve the quality of life of the patient.

Natali and Enzo were offered palliative treatment at  Garrahan hospital  , from which the progression of the disease could be delayed. But that didn't leave them alone. By their own means, they contacted other parents whose children had the same disease as Emmita and  learned that there was a medicine that could change their daughter's life.

Zolgensma  is a therapy through which the missing or defective SMN1 gene is replaced. The drug is manufactured by the Swedish Novartis laboratory and is FDA approved in the USA. It was the solution they needed, but they knew it wasn't going to be an easy task. In addition to the inaccessible value having therapy, there was other conditioning: time.  In order for it to take effect, the treatment had to be performed before Emmita was 2 years old.

That's how the family launched the  #todosconemmita campaign , and the face of the baby began to circulate on social networks.  They had only 300 days to buy the most expensive remedy in the world.   To achieve that, they needed a lot of help.

The story of Santi

There is much talk about  influencers today, a new occupation that does not fall into the traditional “work” categories. An influencer can be a famous person in some area or someone totally anonymous with a lot of ability to use networks and — most importantly — a great ability to reach people. Charisma, personality, originality, a stroke of luck: it is not well known what the formula is, but it is clear that  influencers today have the power to move the masses . And a great power — as they say in Marvel — carries a great responsibility.

Santiago Maratea  was born in San Isidro (Buenos Aires) in 1992. His networking work began with Twitter and YouTube, but exploded in 2015 with Instagram.  In a short time, he became one of the most recognized influencers in the country  , and worked on Radio Vorterix  , Mario Pergolini's radio station, where he drove  Generación lost  with Sofia Carmona.  Today  her Instagram account  exceeds one million followers, and Santi knows very well what to do with it.

Beyond how superficial it may seem to be “living from uploading stories to the networks”, the reality is that, by these times,  they are the most important means of communication for all generations , especially the youngest. Santi knows this and, therefore,  takes advantage of that arrival to join solidarity causes,  which gives them the push they need to achieve the proposed goal.

Recently, in just 24 hours,  he helped the Wichi community in Salta raise 2 million pesos to buy an ambulance . In addition, he managed to get them two vans full of donations. That is why no one caught attention  when Emmita's campaign was put on his shoulder  and began to draw from all angles to reach the target.

To achieve this, he used different means. He insistently shared in his networks the different ways to make the donation of money. He encouraged his followers to write to the official account of the pharmacist that makes the drug to ask for a greater discount than the baby's parents had received. He managed to get other  influencers  and celebrities to join the move, so that the expansive wave was even bigger.  Susana Gimenez, Wanda Nara, Marley and China Suarez were some of those who joined the initiative , and the money began to arrive.

The story of the anonymous hero

On Tuesday, April 13, far from bringing bad luck, brought very good news for everyone. Through her Instagram stories,  Santi Maratea announced that they had managed to raise the money needed to buy Emmita's remedy in record time.   But, to reach the target, someone very special had appeared, who  preferred to remain anonymous.

“I got a phone call yesterday. He is a person who is very generous, very funny, very humble. He asked me how much was missing and I told him about half a million dollars.  In short,   we achieved the goal. We bought the drug , “the influencer told about the appearance of this hero, without naming him.

Santi said that they have already made the purchase of the drug and that studies so that the drink can start treatment are already underway.  In a short time, Emmita's life will have a new light.

From the  @todosconemmita account, the baby's family thanked those who made this miracle possible:

Because THANKS TO YOU WHO GAVE US YOUR TIME WITH A LOT OF LOVE, SHARED THE STORY OF OUR LITTLE GREAT WARRIOR, HELD EVENTS, DONATED, SIGNED THE PETITION AND THOUSANDS MORE, EMMITA came to all your hearts from the hand of the GIANT SANTI MARATEA AND WE ARE VERY CLOSE TO FULFILLING OUR DREAM.

SANTI @santimaratea... YOU MANAGED TO MAKE THE LARGEST SOLIDARITY BRIDGE IN THE WORLD 🌍 WE WILL ALWAYS TAKE YOU IN OUR HEART, TOGETHER WITH EVERYONE WHO ACCOMPANIED YOU.

It took Santi Maratea less than two weeks to raise more than two million dollars.   In less than two weeks, Emmita's life outlook changed completely. Now, Santi says he wants to create “an NGO bigger than Google.” With good salaries and large offices. He wants to “ break the paradigm that helping people have to have a miserable life and rich people have power, ” in his own words.

He says his goal is for people to understand that helping can bring them a profit; for companies to understand that  by generating a positive impact, their sales can grow . Like him, who helped Emmita significantly increased his followers. Now, as a reward, he's getting donations to buy a  Gucci diver.   Because he does not want to be a saint or Mother Teresa of Calcutta; he wants to generate this paradigm shift that makes it fashionable to help.

It seems ambitious, but what we saw these days proved to us that the  impossible sometimes comes true.