Home People As we are Santafesinos = marchers

Without a doubt, in Santa Fe capital we are marchers. What does that mean? Find out on this note. 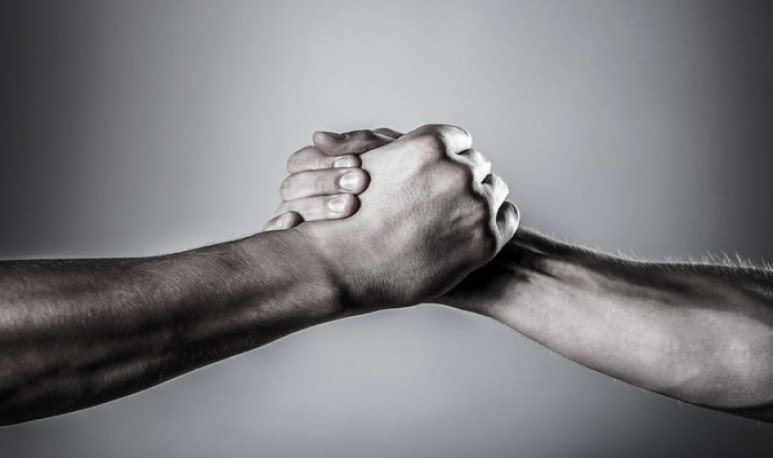 One of the positive characteristics of Santafesinos that I like the most  is our solidarity spirit . We can have, like Argentines in general, many things that don't make us proud. Marginality, criminality, road misconduct, vestiges of machismo, being “advantageous”... It is true that  many things inherent in our way of being do not make us proud . But I do inflate my chest when I have to talk about solidarity in Santa Fe. The clearest examples were when much of the city  was flooded . The spirit of service and brotherhood that came afloat when it was most needed was highlighted nationally and internationally.

Very related to this feature  of santafesinity  is one that I define as follows: we are marchers. And this phenomenon has been accentuated in recent years,  with the valuable increase in youth groups involved in the social issue . Whether it's feminism, LGBT pride, fishermen, the unemployed, those who see their job category slowed down and many more, all these groups of people, who suffer a situation they recognize as unfair,  feel the need to go out and express it . There, just in a few minutes, the march is organized on social networks. WhatsApp strings are made. The call takes place from one moment to the next and is able to bring many people together.

We Santafesinos are marchers, and that's good. May square be a space that goes beyond the place to go to take math, walk the dog or ride a bike. Actually, it is. Like the Plaza de Mayo porteña, a  symbol of popular politics since the time of Perón . The heart of the  historic centre  of Santafesino is the key point of every march.

In a country divided by multiple cracks,  the phenomenon of marches and their corresponding counterparts is great . I'm not ashamed. On the contrary. That in Santa Fe, which was always little more than a large town that holds the  capital  of the province, there is a plurality of opinions seems to me excellent. Thus, the  marchers stop on one side or the other side of the crack . If feminist movements take advantage of women's day to demonstrate strongly in favor of decriminalization of abortion, a few days later it is up to Catholic groups. Under the motto that all life is sacred, on the day of the unborn child they continue to raise  the same flag they raised centuries ago.

If the center-left movements had to celebrate that the current presidency represents them, the place is “taken up”, with certain periodicity, by the defenders of economic freedom and agricultural or livestock producers. “No to the expropriation of such a company”, and cacerolazos are summoned in the great Santafesino space . Not to mention what happens when the political situation is reverse. Guilds and trade unions are very strong in Santa Fe, and mobilizations know a lot.

One situation that seems to bring together all the marchers without such a political flag  is when deaths are to be regretted by insecurity . That is, for me, a paradigmatic example of our marching and solidarity being. United by pain, we take out our hurt heart to ask for  justice  in one voice.

The anniversaries of the bloody dictatorships, February 29 remembering the dead underwater... If you have to spend some time in Santa Fe,  don't miss the social phenomenon  of the marchers. On days of marches and demonstrations, the most important square in the city breathes  citizen participation.