The Liberator has his name, that of a family member or that of an event related to him, stamped in the streets of Mendoza. 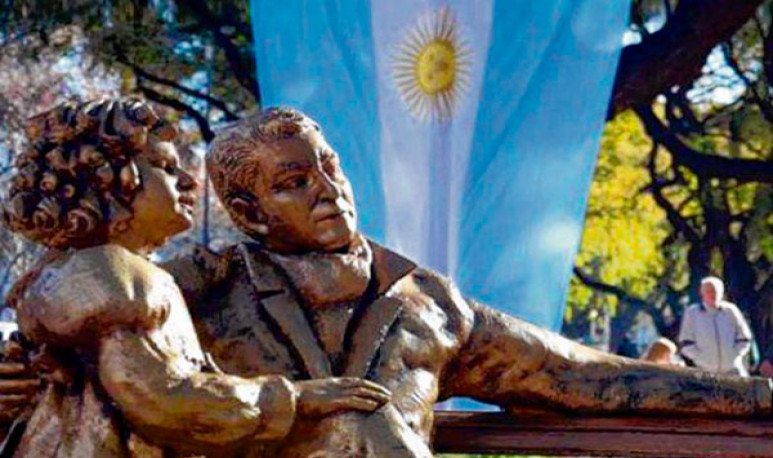 José de San Martín is possibly the most important person in Argentine history,  socially agreed, regardless of political, social, economic and geographical differences. However, for Mendoza it has a special meaning.  He lived for a few years in our province and it was also here that he cranied the mythical crossing of Los Andes.   In addition, he was father here, which makes it even more prominent for us.

Among the many tributes we have given him, there is that of the names of the streets. In Mendoza there are dozens of streets with names related to San Martín.  Not only his own name, but also his army, the flag that represented him  , his daughter , his wife, their assistants and endless elements give life to the main avenues of Mendoza. Here, the most important cases.

There are many streets with that name.  But the most important is the one that is located in Mendoza City.   It is the artery that divides the city between east and west. It extends from the border with  Godoy Cruz  to the entrance to the department of Las Heras. It is a wide street, with public outbuildings, cafes, restaurants, service stations and all kinds of shops.  At its intersection with Garibaldi Street, it forms the   zero kilometer of Mendoza . In addition, the allegorical cars of Vendimia pass through it on the mythical Via Blanca and the remembered Carousel.

She was General San Martin's wife.  Together they had their daughter, Mary Janes. The truth is that his name is inscribed on the posters of several streets in Mendoza. One of them is the one that runs around Guaymallén, in the town of Dorrego.   From its limit with Godoy Cruz to its intersection with the East Access. I mean, it runs from south to north and is one-handed.

She was the General's daughter, known as Merceditas.  In this case, the tribute is small and leaves flavor by little . It's just that his name is barely registered in a neighborhood street in the department of  Maipú .

Paso de los Andes:  It is a tribute and recognition to the feat consumed by the Army of Los Andes, crossing the Andes Mountains.  The steps through which the Argentine soldiers traveled were 5, between Mendoza and San Juan. That is why, in this case, the name is generic and refers to any of them. The street is extremely important and very long. It starts in the depths of Godoy Cruz, gets into the City of Mendoza and runs almost to Las Heras . He does it in a south-north direction. Although in some sections it is double handed, in its passage through the City it only goes south.

As we all know, it is the name given to the army that formed San Martín for its liberating feat. As such, it has a street that remembers it.  However, it seems to have been in debt, since we barely find the side of Avenida Costanera with that denomination.

Inside General San Martín Park. As it could not be otherwise, there is a street right there whose name is an adjective or synonym of Don José. In this case, his status as a “liberator” is recognized.  The street is very important because it gives access to the city from the northwest, Dalvian neighborhood and Las Heras department. It stretches from “The gates of the park” to the Aboriginal Park.