Home People As we are Rosarinos: pride, independence and Google

The pride of the Rosarinos for their city led them to want to become independent. Even Google tries to explain being rosarino. 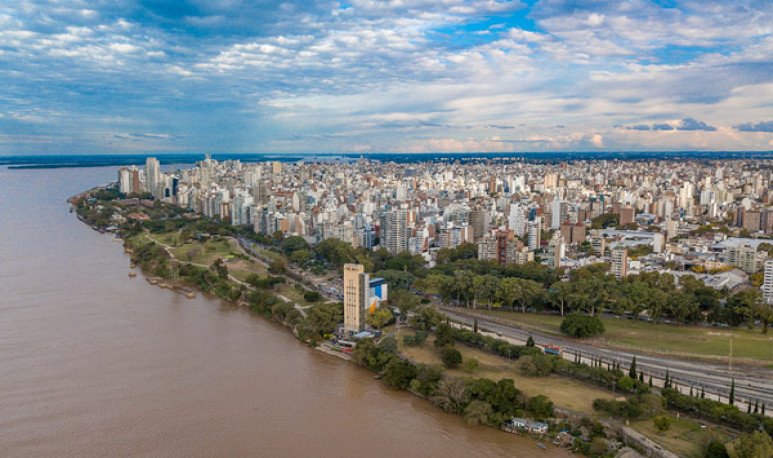 “Rosarinos  want to separate themselves from the province of Santa Fe ” was a title that circulated some time ago by national networks and media. It was based on a survey conducted in the main city of Santa Fe. This would have yielded that result to the question to its people about whether or not they would break up. Six out of 10 consulted said they agreed that Rosario should be fully autonomous, like Buenos Aires. At the time, they assured that  even the mayor of the provincial capital supports the initiative.

While this phrase may be shocking or hurtful for Saints, it  has a very solid argument.  Perhaps not so, that most Rosarinos would actually be determined not to be part of Santa Fe. But what is true is that  the pride of rosarino  for its city is unique, as we already tell you in other notes of this site. Precisely, there was also another survey that specifically measured that: the feeling of belonging, the pride in the city itself. Thus, a study was conducted in the main urban centers of the country. Rosarinos  proved to be the most proud of the place to which they belong . This is: from all over Argentina. The analysis consulted the inhabitants' perception of the quality of life in their city and the pride of belonging to the place where they live.When I found out that fact, I was surprised, because I imagined that the Cordobese would be “the winners” in a poll like that. But it's the Rosarinos.

As a Santafesino, that title won by my southern neighbors gives me a certain “healthy envy .” I'd love us all to be as  proud of Santa Fe  as the Rosarinos are from Rosario. It is in this key that we have to understand what the Rosarino wants to be rosarino and not santa fesino.

Virtual profile: what is Google saying about rosarinos

Another way to support the phenomenon of self-love that Rosarinos have is to go to San Google. If it is stereotypes or acquired famas,  the popular search engine can give a lot of information about the inhabitants of Rosario .

What is being searched on Google speaks a lot about people. You can even realize what were the main interests of an entire population during a certain period. Not for nothing  the lists of the most searched on Google during the year became a classic every December . In this sense, the “autocomplete” function allows us to anticipate the most frequent searches in relation to a person, subject or place.

If you start typing “the rosarinos are” in the search engine, Google will only suggest completing the phrase according to the most common ones. If you take the example phrase, the results are as follows: it is associated with both rosarines with  being “cute”  and “enlarged”. Another, that the rosarinos are angry, but it gives me a lot of grace: “Rosarinos are porteños”. Yes. That last word appears alone in the search engine when you put the first three. I also talked about it in other notes: in Argentine points far from this great city,  the rosarina tonada is associated with that of the inhabitants of Buenos Aires. Other funny results also appear, such as that joke that rosarinos  eat cats (we will already develop it on another note).

No one  doubts  that Rosario is the main city of Santa Fe. And that is a source of pride for the province, for the illustrious people who came out of it and for  the endless beauties it offers to tourists . It is a pride that is noticeable, that goes through the pores of all those who were born in that beautiful city.