Home People As we are Tensile strength to blood

In a popular consultation, the Chaco society established the first foundation to combat blood traction and popular abuse. 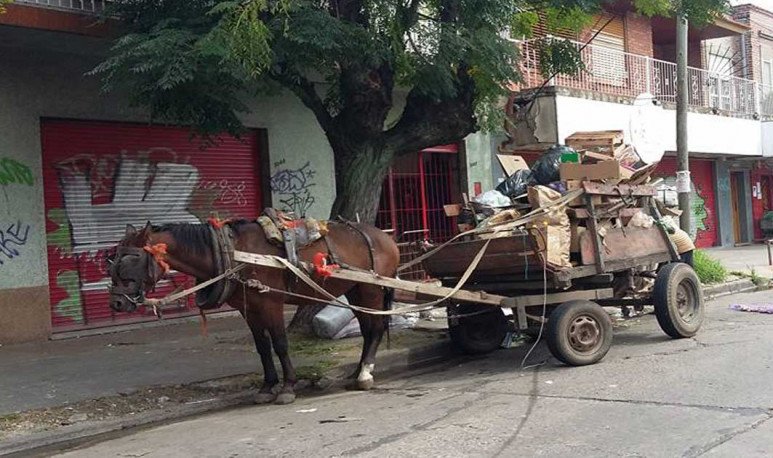 Resistance  showed his namesake to blood tensile  . Through a popular consultation, almost 60,000 inhabitants of the city established their rejection of blood traction. The proposal submitted would allocate 1 per cent of the taxes collected for the financing of the substitution programme.

There are no greater certainties as to what the program would actually do, but it has aroused a general awareness about animal abuse. Not only in  Chaco , but in several northern provinces it is common to see animals dragging cars. In most cases, animals in terrible conditions and mistreated. Some measures have already been carried out in other provinces, which have failed blatantly.

The difference in this case is that the project takes strength from the same society. The popular consultation shows the desire to end  animal torture, something that did not happen elsewhere. He would have won with more than 50,000 votes out of 6000 against, but in order for the popular will to be applied, it should be effectivized through the courts.

This may happen, as may not, but a society's forceful response is undeniable. This can lead to deepening the project, even to the introduction of other alternatives. It will be necessary to establish whether the program aims to end blood traction absolutely or will be developed in a controlled and healthy manner. The horse in the world is a coworker of man. But that concept here for many does not exist, it is a simple thing that can be hit and force, and by dying you get another.

The spirit for a better society, in  Resistencia , was presented like never before in the region. The replacement of blood traction should be enhanced with  education  and with opportunities. The region will need an active and committed involvement of the institutions.