Home People As we are Rain: that strange phenomenon

Rain in Mendoza is rare. A couple of drops are enough to turn on the alarms of the population. We have to take advantage of the water. 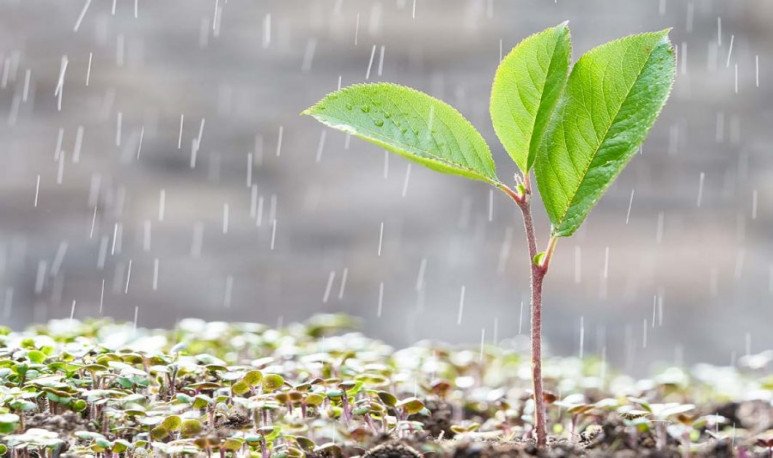 The province of  Mendoza , as has already been explained on that site,  is practically a desert . It has a small part of its cultivated area, the rest is pure drought. And this phenomenon is largely explained by the lack and shortage of rains. To take a dimension of what it means that rains   are scarce  in  Mendoza  , let's know that in total  213 falls In Buenos Aires, 1040 mm falls and the driest month is July, which exceeds the wettest month in Mendoza, with 59 mm.

Two conclusions relevant to the author emerge from this information. One is that we must become aware, all the inhabitants of this world, that water must be taken care of.  Many , living in high rainfall areas, will think that rain is normal and frequent everywhere. But it's not like that . In Mendoza rains are expected for irrigation of crops that, if not for the perfect system of canals and ditches, would be practically lost. In addition,  rain  purifies the air. It generates moisture and sows a blanket of soda in the face of high summer temperatures.

Rain as a social phenomenon

The other great conclusion that comes from the negative data on the rains in Mendoza is that this generates  rainfall to become news for any Mendoza.  “ Did you see it's going to rain?, says a lady in the queue of the payment system for services. And the receiver of that message worries and thinks, “Uh, I just washed the car,” or “And I left the windows of the house open.”

Whereas, on avenues and highways, things get worse. It's a complex event, no one knows why, but as soon as  it rains  ,  traffic slows its speed . The vehicles are cancinely advancing through the wet streets. And this gets harder when some distracted hit the car from the front and already, directly, traffic is stagnating.

However, there is another issue between rain and vehicles:  opportunists always , better referenced as 'I don't care about others' (for not using somewhat more aggressive words). They are those who, as soon as they see that the rain is coming heavy,  stop under a bridge or at the shelter of a tree, even if this means stopping in the middle of the street . And another one that comes in the back copies it. Then it's already two, and three, and four, and traffic is stagnating by a handful of neighbor's children who intend to live alone in the universe.

In winter it is practically impossible for it to be given. But, in summer, each forecast of rains is accompanied by the “probability of hail”. For those who do not know,  this is the famous “stone”. Water in solid state and in the form of small, or medium, ice balls, which fall into projectile character . So, as soon as it is known that it will rain, the old  checkered blankets begin to wear on the roofs and the hood of cars , in doubt, to cushion the blows of  hail .

Worse is the issue for agricultural producers. There hail makes damage and can ruin an entire harvest, the one that has been worked on during the last few months and on which a whole family depended.

In short, rain is rare here. That's why it paralyzes society every time it falls. And it hurts a few if it falls in quantity and with hail. On your way through Mendoza, and according to statistics, it is unlikely that it will rain. However, the umbrella will not be too much.

The story behind the tortogo Jorge