The sample covered 2,800 cases. The respondents were men and women, from 13 years old, who live in urban areas of more than 30,000 inhabitants. 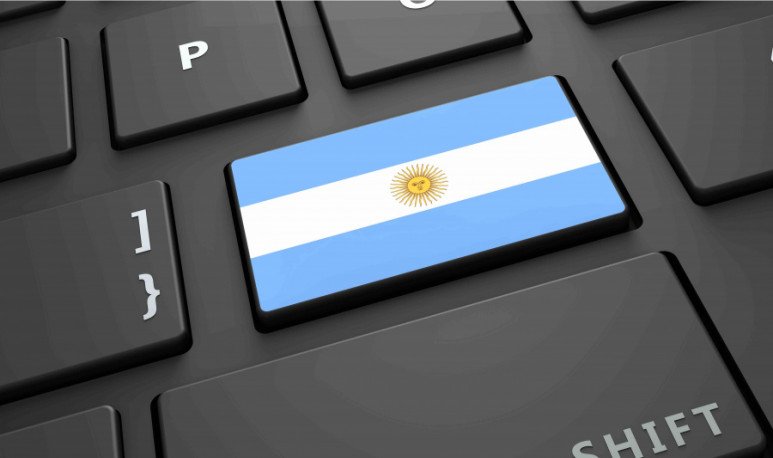 The sample covered  2,800 cases.  The respondents were men and women, from 13 years old, who live in urban areas of more than 30,000 inhabitants. Participants  answered a questionnaire of 117 questions about the consumption of radio, music, newspapers, books, magazines, television, films, series, cinema, theater, video games and heritage.

While in 2013 barely 9% of the population connected to the Internet via mobile phone, in 2017 more than 70% connected every day via smartphone.

The expansion of mobile Internet not only changed the form of access, but also propelled the growth of cultural practices that can be developed simultaneously with other everyday activities, such as listening to music and watching television.

Almost 90% of the population has a cell phone and 75% use it as a multifunction terminal for cultural consumption: listen to music, watch movies and series, read and play video games through that support.

According to Guido Corralo, creator of Congo, “multimedia platforms for broadcasting online content are a new radio scenario, they mark the growth of multidirectional industries and the importance of generating a new place for content that does not take place in traditional media”

National rock, cumbia and romantic music are the favorite genres. It is heard about 2 hours 45 minutes of music, mainly through the cell phone.

Online listening grew with respect to 2013, where only 16% used to do it frequently, today 44% of Argentines do.

Young people between 12 and 17 are the least listening to radio, but from the age of 18, radio consumption begins to grow.

Roberto “Kuky” Pomar, bet on children's digital content through web platforms. Zenon Farm is his main invention. “ We created it thinking about digital natives, the internet is their medium, it is not TV. We put together two worlds that children love, music and cartoons, and today, through our YouTube channel, 85 million children worldwide watch our content per month.”

Almost all Argentines watch between three and four hours of television per day and do it through the TV as the main stand.

How to watch TV allows you to perform other activities at the same time, the survey shows that many young people between 12 and 29 years old publish comments related to the programs and content they watch on TV.

Air and cable TV channels are the main way of consumption, but the online mode has been consolidated: Youtube (32%) and Netflix (25%) are the main ones.

Roberto Mayo , Telefe manager argues that “TV is competing with time; the time to watch a series on Netflix, watching a football summary, going out to dinner with your partner. Public TV, on Tuesdays, at 21.58, measured 0.3 rating points. At 22.02, four minutes later I made 9 rating points. And at 2302 he was going back to 0.3. In the middle, there were 60 minutes from El Marginal. Good content is alive and you stop doing anything to turn on the TV.”

María Figueras , actress and curator of Microteatro (a new theatrical modality that is based on works of 15 minutes on the same subject, in spaces for 20 spectators) argues that “in Microteatro you see a play, you drink a beer in the bar below the rooms, you go up to see another play, you get excited  I 'll get you together with the person you have next door. While people go much less to the theater, theatre is not going away. I don't think there is an overcoming experience in feeling and being in touch with others.”

Women, belonging to high socioeconomic strata, are the most concurrent, significantly outperforming men.

Trini Vergara , from Entre Editores, recalls that when the CD Rom came out, there was a great paranoia about the death of the book. “ The sale of the book did not die, even in some sectors, is growing. Young readers read in community, counting among themselves. They are between 13 and 18 years old and are booktuber, bookgramers. And these readers are a zone of constant innovation. What did change is the way we buy book. The purchase by  I  nternet is going to land with the small bookstores in Buenos Aires.”

The population who claimed not to read books said they used to read before, but they don't. Lack of interest is the most-mentioned reason in all ages, genders and socio-economic sectors.

Among the reading population, history and novel books are preferred, with books on politics being the least attractive.

Reading books is the only consumption in which the computer surpasses the cell phone as the primary digital device.

During 2017, 35% of the population attended the cinema at least once to watch, most of all, action and thriller films.

37% of the population who used to go to movies stopped doing so for economic reasons and lack of time. It is people with a high socio-economic level that continue to go.

In cultural practices that demand leaving the home, consumption at the lowest socio-economic levels was the most resented.

The population with tertiary, university and post-university educational level are the ones that attend the museums most .

In 2017, 31% of the population did not read newspapers, while 12% no longer read, but read. The main reason for not reading newspapers for all ages and socioeconomic levels is the lack of interest.

Digital reading of newspapers is increasingly significant: every day 13% of the population reads newspapers online and 11% read news and articles on social media.

Cell phone is the main support for digital daily reading, and adults between 18 and 49 years are the ones who use it most.

Argentines spend more time using the Internet than listening to music or watching TV. 80% of Argentines use the Internet and 63.5% have a home connection.

Virtually all people under the age of 29 are connected to the Internet. 97% of upper and upper middle strata use the Internet, while that percentage drops to 54 per cent among people in the lower strata.

Almost half of those who do not use the Internet, are adults over 65 years of age, because they have not yet learned to use it.

The extension and intensification of the use of the Internet and cell phone impact on the time and modality assumed by contemporary forms of cultural consumption: simultaneous and delocalized and hyperconnected consumption of digital culture.

More than half of young people between 12 and 17 years of age play, while among those over 65 years old this percentage does not reach 1%

The most practiced workshops are those linked to literature, painting, sculpture and drawing among adults over 65 years, and dance and singing workshops, among young people between 12 and 29 years.

Cultural expressions that call the least Argentines are the most associated with “high culture” or “elite culture”: opera and classical music concerts, which were not consumed by around 90% of the population.