Home People As we are The qom are also Santafesinos

Invisible by politics, a group of members of the indigenous peoples who resist pure literature and sustainable construction. 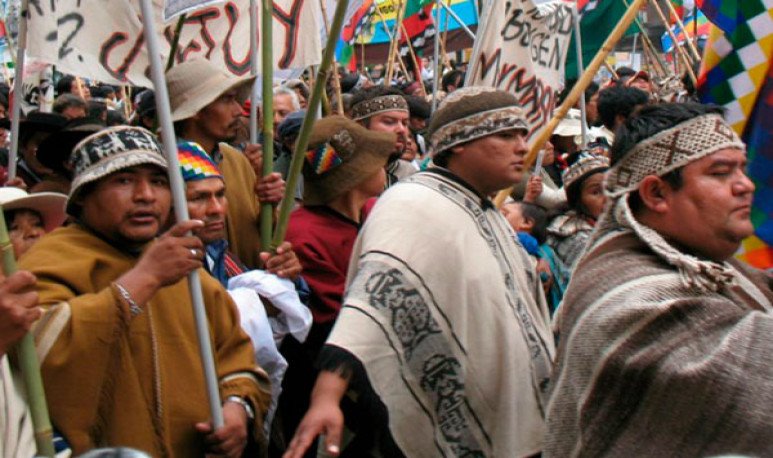 When I was a kid, I always knew them as “ the tuffs .” Over time, they themselves took care of clarifying to us all that the name of their people is qom. This native town inhabits mainly the province of Chaco. But  their lands were also historically in today the province of Santa Fe . Forgotten by most of the economic, political and social projects that take place in Santa Fe, people who tell us that they are also Santafesinos. We tell you about  two great projects carried out by a qom community  in the Santo Domingo neighborhood of the provincial capital.

This Aboriginal community lives in a neighborhood of Santa Fe where there is no drinking water, sewer, gas, sidewalks, ditches, lighting, or any other services. They don't even have a street.  They live in ranches of rusty veneers mounted on an unnamed field, surrounded by garbage and brick cellars . It's a forgotten corner of the Santo Domingo neighborhood.

In this context, some boys  were able to get a book and everything .  Shotainá  is the name of the bilingual production they wrote together when they learned to read and write in “La casita de Pepe”. There is the Centre for Adult Literacy in the province (CAEBA).  They were unknowingly perpetuating themselves in time . It was two years of work in which they learned to translate their stories and dreams into stories written in their mother tongue and in Spanish. “The  tree  is the guardian of perfume,” they wrote then on a warm afternoon in November 2018. “We dream to be an ancient tree full of leaves and stories. A large tree with green leaves and celestial and lilac flowers . Flowers so beautiful and scented  of those able to sustain very strong and firm smells linked to the memory of our roots for hundreds of years,” say these young people qom.

Dignity, obtained with their own hands

The book Shotainá was a big door  to that city that keeps them on the margin. He was presented at events, in bars, salons, in different areas of the center. Where they usually travel under the tense gaze of some neighbors who prejudge them by their humility and their aboriginal features. This time, instead, they received  applause , smiles and thanks. And  people left with their stories under their arm.

In addition to the pride and internal security caused by the book, they raised money, at 250 pesos each copy or two for 400 pesos. Driven by their teachers,  they were because of something they had never dreamed of: a house of material  to see their children sleep safe. A roof like people, where to shelter from the storms, without the trembling of the veneers against the wind. A home.

First they learned to make bricks in the cellar and began to erect walls.  This trade would also serve them in the future as an alternative to survive . Through these invisible altruistic networks that usually weave word of mouth in society then another organization appeared on its way. A group of women carrying out a collective bioconstruction project. They taught them to build their sustainable homes with straw, mud, plastic stuffed bottles, pallets and other discarding materials.

The five houses of material raised by the young qom are just an  environment . But they are much more than the veneer ranches that inhabit today. Four are already ready and the fifth is  advancing with the effort and work  of the five colleagues.