Home People As we are Peña Day

Meeting friends or colleagues par excellence, the peña is key in Santa Fe social groups. And in your city? 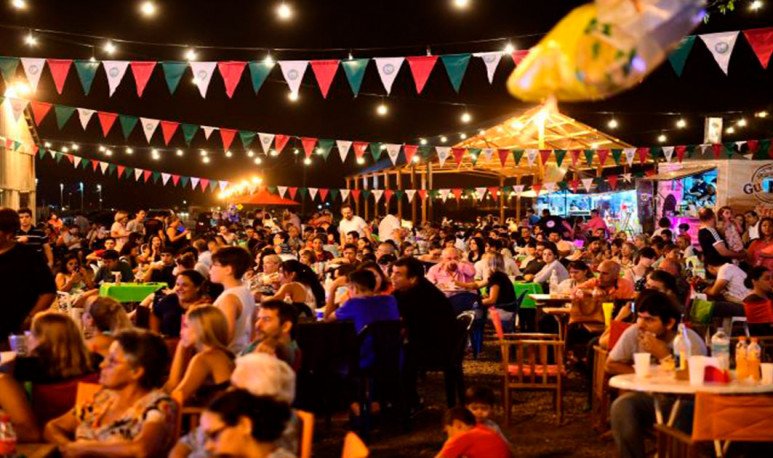 We Santafesinos have the rock of everything. I'm explaining:  we're very sociable . And we have many social groups, each with their respective WhatsApp group. So, we have the rock of the coworkers, the ex-classmates of the  facu , the football boys, of the  friends  from high school, elementary school, neighbors of the building. All those, at least. And that's just in a case like mine, that I'm a male. In women there may be more variants. So far, it can be similar to the social life of any middle class Argentinean. What is the particularity we have in  Santa Fe ? That,  for each of those groups, we have a  rock  . And, even if you don't believe me, they're active peñas. I mean, more or less regularly, we meet with these people physically.

You could also tell me that that's not a Santafesina feature. It may be. I mean, it's very likely that in other provinces of the Argentine interior they have the habit of meeting in peñas. What I'm sure is that, in Capital Federal, this is a very unlikely  custom  . In fact, it's the first thing that Santafesinos tell you that they have to go live in the city of Buenos Aires. In other words, here in Santa Fe you can find the following situation perfectly: Tuesday afternoon, someone happens to have an asadito. Send a message to the group of friends saying, “Che, who falls on the terrace to eat a choris?”.  And he can calmly assemble, from one moment to the next, a gathering of five or six friends. Tranqui, because the next day she's laburated. This practice, in the beautiful but too large Argentine capital, is very difficult to achieve with such a short time in advance.

But what does a rock consist of?

The word peña has several meanings. And not just in the  dictionary . Also in everyday use, we Santafesinos give it, at least, three meanings. One of the most traditional is the folkloric rock. This event in which popular songs, food and typical dances are shared, with their best-known exponents in the famous  Cosquín peñas. Then there is the rock that is like a group. For example, the typical rock of “such a former footballer” that has a political or social purpose, within the framework of the fans of a football team. And finally, the rock we talked about in this note. The description I make is that the rock  is the santa fesina social meeting par excellence . It is that religious space in the week where we catch up, share friendship, eat, drink, sing. The rock is organized on the barbecue where you have a barbecue, in the patio of which has patio, in the house where it has the largest dining room. If not, it's done in some bar or in the SUM of the  neighborhood club . Every rock has its menu manager for the day, its responsible for buying the drink, the one who carries the dessert and  the one who never puts a weight at all.

In Santa Fe, for those of us who like to meet friends, living without the rock would be very difficult.  Do you have the same custom in your province, city or town?  Tell us what a rock is like in your  payments .