Home People As we are Patagonia and dinosaurs

Patagonia is always news for the finding of fossils. We tell you why this is the land of dinosaurs. 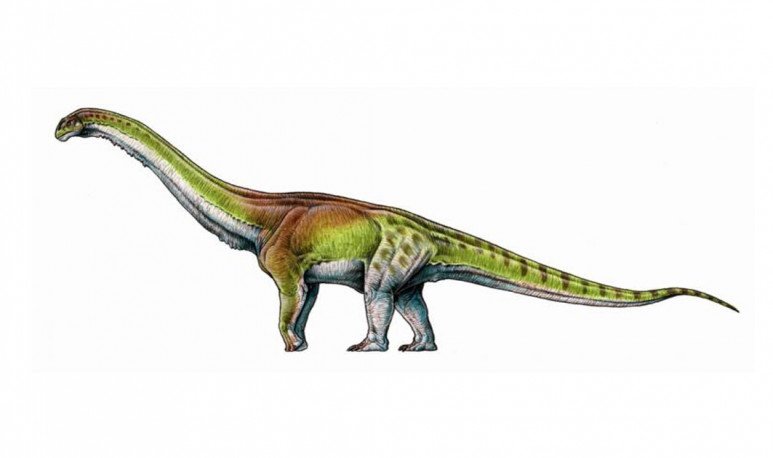 The   Patagonia,   for years and decades, is the scene of new findings of   fossils   in different parts of the region: not only that, but it has already been recognized touristically and academically: one of the most emblematic examples is   El Chocón   , neuquina villa on the border with   Rio Negro   , which features large replicas of   dinosaurs   , the municipal museum and the landscape accompanied by the hydroelectric plant;   Paleontological Museum Egidio Feruglio (MEF) in Trelew, Chubut   , internationally recognized for his studies and educational commitment to schools; and more within the provinces, where there are remains, increasingly significant to know what dinosaurs were and lived millions and millions of years ago: the last few days ago in Neuqué ; n and could be equal to or even larger than the one discovered on the Chubutense plateau.

The largest and most found dinosaur (until now) is “Argentine”; specifically it is “Patagonian”   (it should be clarified that the quotation marks are because, clearly, the geographical divisions we know today did not exist):   Patagotitan mayorum   was part of a thorough work of paleontologists articulated with governmental and private institutions.

In 2008, a rural pawn in El Sombrero, kilometers from the town of Las Plumas, saw something that stood out of the ground: visits by MEF professionals began four years later, in 2012, and to dig up the remains in 2014, when the discovery was communicated to the population. Finally, in 2017, it was scientifically baptized: the name of the species honors the Mayo family, owner of the Estancia. And, moreover, the population named him more familiar as the”   bigger dino   ”.

There is some debate about how the finding has been communicated, as despite being found in Las Plumas, the MEF and the city of Trelew has captured all the tourist and economic attention of it. The Valletana town made a replica in its northern entrance, as a way of positioning itself as a paleontological destination which, to some extent, is.

In addition to him, in June last year, it has also been reported the finding in northwest of the province of Rio Negro del Overoraptor chimentoi, a raptor dinosaur with sharp claw, fundamental to prey its prey (something very characteristic in the velociraptor) and also has a good arm elongated, with more weightless elements, very similar to what would be the wings of birds today,” explained the researchers.

In May, also last year, they were found in the southwest of   Santa Cruz   these from a 70-million-year-old megaraptor dinosaur, from which they were able to recover vertebrae, ribs and part of what would be the chest and shoulder girdle: “Unlike Tyrannosaurus Rex, these were more slender animals, more prepared for the race, with long tails that they were they allowed to maintain balance, while they had muscular but elongated legs to be able to take long steps,” explained one of the specialists participating in the find.

Why new and long discoveries

All researchers and professionals comment that the Argentine soil, and most of all the   patagonian   , is very prolific in terms of findings. But finding a new copy is years of work and that points, then, to more comparative work, research before the final announcement: “We must study and catalog the species and check and prove to the world that it is a copy never before, with some or several particularities that make it different from what is already previously found. It's many years of study,” and experts add that “the work becomes complex since what is usually discovered are bones or fragments of fossils and not the entire skeleton. That is why, then comes a titanic task to assemble the entire animal skeleton and differentiate its own characteristics.”

That is why we will not stop seeing news of new and great discoveries by Argentine experts in the Patagonian lands. Recently, a 2012 finding was announced that could take the title of the largest dinosaur from the Patagotitan Mayorum: in the Sierra Chata area, north of the town of Añelo in the province of Añelo   Neuquen   , remains of a specimen that would exceed the size found in Chubut were found. Will it be like that? and if so... What will be the next big find?