Bangladesh and Argentina are more united than everyone, including them and we, can think. Football and something else... 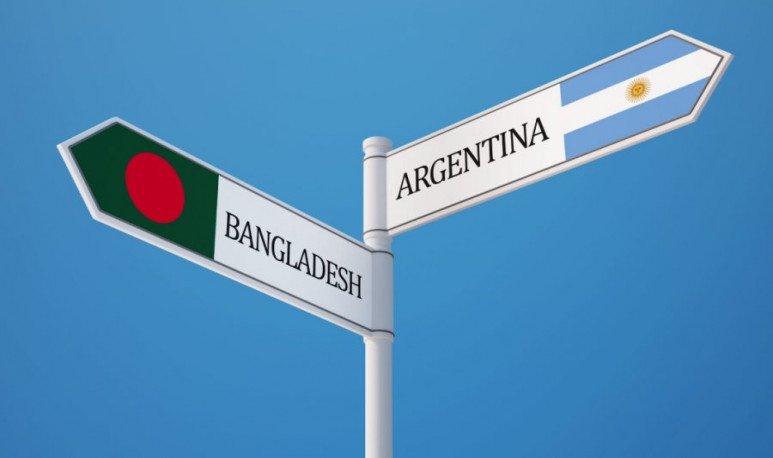 For this time, I'm going to allow myself to write to the  6,000 followers we have since Dhaka . The capital of  Bangladesh .

The truth is, it was a very pleasant pleasure to find out that there are so many. From a country of  such a wise and millennial culture , he lived very hard times for almost all its history.

That's why  I invite you to write to us . Tell us about that almost supernatural bond that unites us.

Here we believe that this link was born in the 1986 Mexico World Cup. When in Bangladesh they watched  the first match of a world cup broadcast on television  in their country: Argentina - England. I want to know if it's true that both Maradona's goals and we shouted.

It seems that Messi also did his thing, reviving the flame when we played in Bangladesh the friendly with Nigeria in 2011. I want to know if the goals of our football team always shouted so much. As seen in the videos that went around the world when Red scored Nigeria in the 2018 World Cup in Russia.

I know you guys don't really care about football. What they're passionate about is cricket. I imagine that Argentine President Arturo Frondizi's support for Bangladesh's independence in 1957 has nothing to do either. Tell me: is it just that neither of us want England anything ? Is there anything else? Why are we lucky that they benefit us with their support and passion? How much do you know us? How much do you think we look like?

Brothers from Bangladesh: I look forward to your stories and anecdotes to share with my Argentine compatriots.

The country is small, but  one of the most populated in the world . It's almost 200 million. It is in Asia, surrounded almost entirely by India.

From 1757 they were  dominated by the English , under different government formats, until they became Cologne. When the British divide India into two and thus formed Pakistan, half the territory remained in one country and half in the other. Half that remained in Pakistan, became independent in 1971, forming present-day Bangladesh.

Famines,  floods ,  power struggles ,  coups d'état , massacres of civilians and the  very high corruption hit the country since they were a British colony.

In 1970 there was a very serious flood. And in 1971  George Harrison  and Ravi Shankar organized a show at Madison Square Garden in New York to raise funds. There were  Ringo Starr, Bob Dylan, Eric Clapton  among others. The album came out almost simultaneously with independence. And so I knew there was a country called Bangladesh.

Today I am surprised again with Bangladesh. And I think maybe  the reason why Bangladeshi love us so much is not for Maradona or Messi . Not because of the hatred of colonialism. Nor because there are many argentos there (it seems that there are only two, literal). I think it's all we look like, unknowingly.