Home People As we are Old are the rags: newcom, the sport that is furor in the elderly of Santa Cruz

Do you know what the newcom is? It's kind of volleyball, but a little more permissive. In recent years, Santa Cruz's older adults adopted it as physical activity. 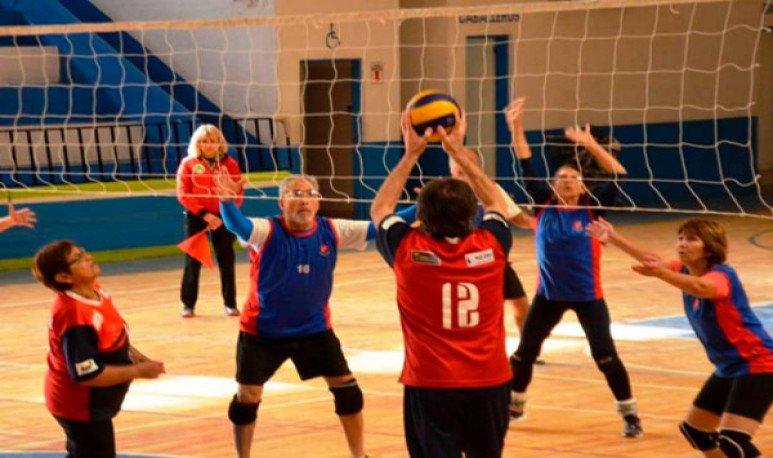 Physical and sports activity  is not only for  young people  and   adults ;  newcom comes to break with that logic and becomes strong in different parts of the province of  Santa Cruz : not only in a recreational format, but also in the competitive one. The  Evita Games , one of the great events that the Santa Acruceños teams participate year by year.

The Newcom is a volleyball format, but adapted, since the ball is trapped -  not hit - and is passed above the net, where the  plot of the game is that the ball does not fall to the ground. In recent years this sport has been growing more and more at such a level of having several sports groups scattered throughout the southern province. The words that their athletes give to practice are not only  fun, but mainly   health   and  family .

Older adults are often infantilised, but this is not the case : this sport that for some will be boring is being able to stay on foot and moving, irrespective of the age you are. Some, they are honest, thought about it before committing to the team and the fun it is to be a part.

There are teams to the south, north, west and east: from Puerto Santa Cruz,  Rio Gallegos ,  El Calafate to  Puerto San Julián , Governor Gregores,  Caleta Olivia and 28 of November.  All its participants, students and teachers agree that it is part of a routine where sociability and integration are fundamental pillars. It starts little by little and then more people appear to share a moment of dispersion among friends while you are physically well.

No matter the age: in Cañadón León de Gregores there is a +70 team that is recreational and has in its ranks a lady of 84 years. “If the person wants to get involved, he already has a foot in this sport,” says Physical Education teacher Paola Painemi, who also said that since 2017 they have that team although she has worked with older adults for twenty years.

Marcelo Hernández is a player of the “Red y Verde” team of Puerto Santa Cruz and at first he seemed boring and now he can no longer imagine without participating in it after breaking these prejudices that in the vast majority exist: “It is the best sport for the elderly, for all the physical benefits, and mentally frees you from many things.”

Another player, but from the Glacier Newcom team of El Calafate, also felt the same: his friends invited him and he was reused until one day he went and became a great defender of this sport. At 70 years, Roberto, believes it is a great space “to beat every day a little more to old age, and today I still play without any problem, I play with the 50, the 60's. It changed me physically and mentally,” reflects the athlete.

What happens around Newcom is not only in a game time but, the competition in other locations within the Evita Games that take place year by year, makes them able to share nights and hostels, so as well as get out of the town's everyday life, meet new locations and continue knowing among his peers.

Adults and older adults in the province of  Santa Cruz  already have a favorite sport, promoted by athletes, teachers and also by specialists. Fun is assured, as well as good company and competitions. Doing (it) well mentally and physically is an indissociable part of age but also of this sport that has been stepping hard: Newcom.