Home People As we are We need to feel safe

What will become of us if the cops themselves can't take care of themselves? 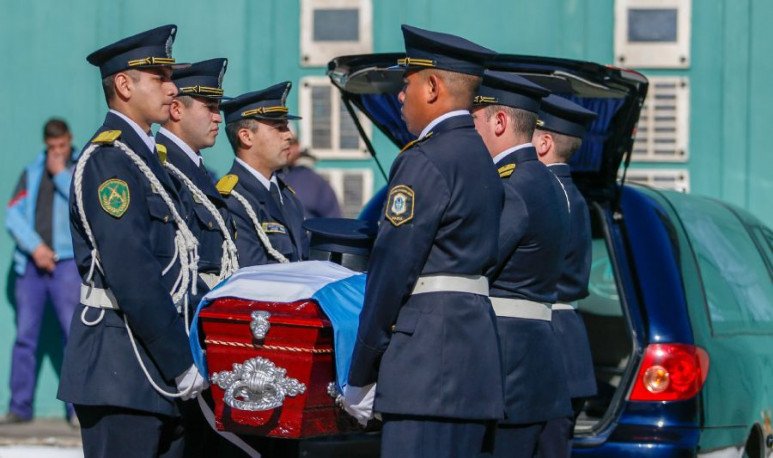 The case of Lourdes Espíndola revolutionized the media. In case anyone is not aware, what happened is the following: the  police  officer of the Buenos Aires Province was waiting for collective to return to her home when she was approached by three people who, in an attempted robbery, shot her in the neck. According to the witnesses, what they were looking for was to steal his statutory weapon. Two of the criminals were recognized and captured: Pablo Manuel Frascrelli and Jorge Pablo Di Blasi. Both had a long criminal record.

After being with a reserved forecast for a few hours, Officer Espíndola, unfortunately, passed away. But what I would like to reflect with you, dear reader, is why a case of an assault and subsequent death of a policeman is more media and generates us, as a society, more outrage than an assault followed by the death of a civil citizen. I can think of two possible answers. The first, which is the one I prefer to choose, has to do with the fact that as a society we assign the police the responsibility to take care of us. That is, we feel safe because we trust that the State guarantees us the minimum security conditions, through the intervention of the police. So, if a police cash dies in an assault, we wonder, albeit unconsciously, what will become of us if they can't take care of themselves. I said I'd like to think the reason is that because the other one I can think of is pretty sinister.

Argentines are going through quite complex moments in every sense, and recently the  President  signed a decree that goes against one of the few aspects in which all governments since the return of the democracy agreed: the differentiation between the responsibilities of the police (federal, provincial and municipal) and those of the armed forces.

In particular, I am talking about Decree 638/18 which attempts, more words, less words, to establish the participation of the Armed Forces in matters of internal security. I do not want to be technical but this decree amends 727/06 and repeals 1691/06, both related to the regulation of Law 23554 of National Defense. A law which, by political consensus, in 1988 sought to limit the role of the Armed Forces in accompanying a process of pacification that was necessary in the historical context that was lived. To be clear, when talking about armed forces the legal texts, it refers specifically to the Argentine Army, the Argentine Navy and the Argentine Air Force. We are talking about a decree that allows the  army  to intervene in domestic matters, something that reminds the times of the coup   Military .

Sometimes, generating destabilizing climates make people believe that more safety is needed on the streets and tougher hand. So, showing that the police are fallible can help if the goal is to assign that responsibility to a “more important” force. Putting the robbery followed by murder of a police officer on the front page, discussing it for days in the press dissecting every aspect of crime and showing how criminals should not be free, may result in calling for justice with “hard hand”. It can be functional to the decree of duty but also, it can be very dangerous.

I hope I'm wrong, not only because I think the armed forces have nothing to do in internal security (this is demonstrated by our national history and the present of the region) but because, above all, taking symbolic power from the police can become a difficult boomerang to cut off. I insist, I wish the real reason is first.