Meet the youngest “teacher” in the country

To be big, you don't have to be an adult. 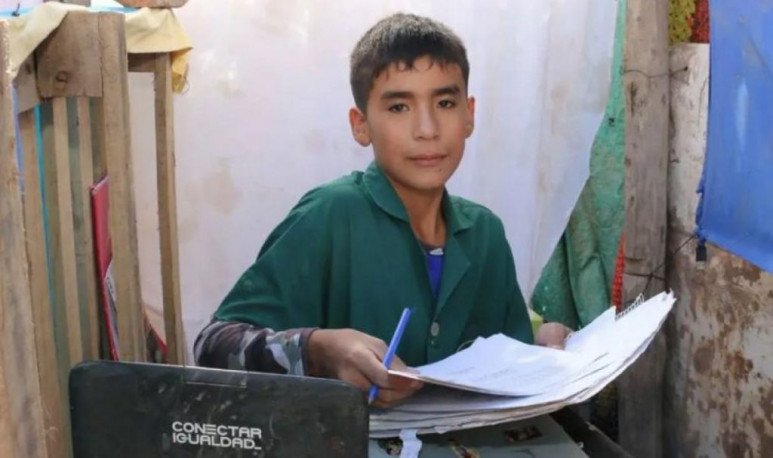 By: Gabriela Saavedra
To be big, you don't have to be an adult. Luckily, boys often teach us more than we could teach them. In this story, that's literal: Nico is 12 years old and has already founded his own school in the department of Pocito, San Juan. His full name is Leonardo Nicanor Quinteros, but in the neighborhood everyone knows him as Nico or the “teacher”. The school “Homeland and Unity” came up almost by chance: spontaneously, Nico decided to start giving support classes to other humble boys from Las Piedritas I and II neighborhoods so that they would not repeat in grade. Today she has 36 students — some adults — who attend the school that runs in the courtyard of her grandmother Ramona's house. With an improvised infrastructure, the school has six primary level courses and one of kindergarten. Their dream is to be able to build a real one, where your students can learn with the comforts they need. Nico takes first year in the morning and, in the evenings, becomes “the teacher”. Thanks to his work, he received a scholarship to study the teaching staff after secondary school. Nico's school is not official, but neither he nor his students care that: he just wants to teach and they just want to learn. No more, no less.

“For a Granby there is no mancha brava”