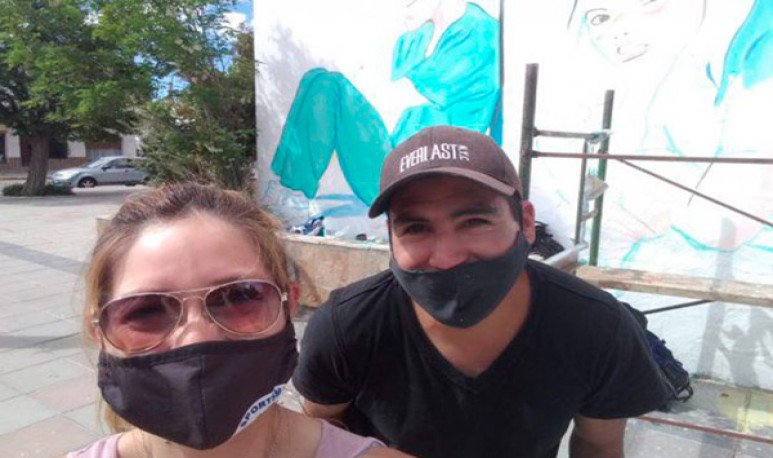 The COVID-19 pandemic changed ways of life around the world. Some people were encouraged to romanticize the mandatory quarantine and held the meeting with themselves. However,  for general, preventive and compulsory social isolation, coupled with the uncertainty generated by such a virus, was not easy to cope.  Unfortunately, our country has the sad figure of almost forty thousand dead and one and a half million infections. In addition to the huge economic losses that a pandemic can cause,  there are sectors that muffled much of the weight that this new normal entails .  The public and private health system is by far the most affected by the pandemic .

Concern about the number of intensive care units (UPI) was a matter of state and media agenda. The topics that were touched upon, among others, were the following: deficiencies and virtues in the system, comparisons with other countries, effective solutions and others halfway, stories of life and superhuman efforts  of all health care workers. The latter were severely beaten, physically and psychologically . For several months and in different parts of the country, health workers  did not give enough and lived unprecedented situations in their professional and personal lives.

In commemoration of the workers who gave their utmost effort and in memory of those who died to attend during the pandemic, a massive and emotional applause was held in Wuhan (the Chinese town where it all started), which spread throughout the world. In our country, in  addition to the “applause of 21”, several actions were carried out in honor of the workers . From donations and words of encouragement to commemorative events, the tributes were not lacking.  In the small town of  Zapala ,  Neuquén , a couple make themoacute; a particular gift.

Erica Vargas and Diego Cerda spent a whole week  painting a  mural  in honor of health workers.  Erica is a therapeutic assistant and Diego is a plastic artist, but  the initiative and willingness to do so was both of us . The drawing was made on a wall 35 meters long and 3 wide, located on the sidewalk of Zapala Hospital, between San Martín and Brown avenues. 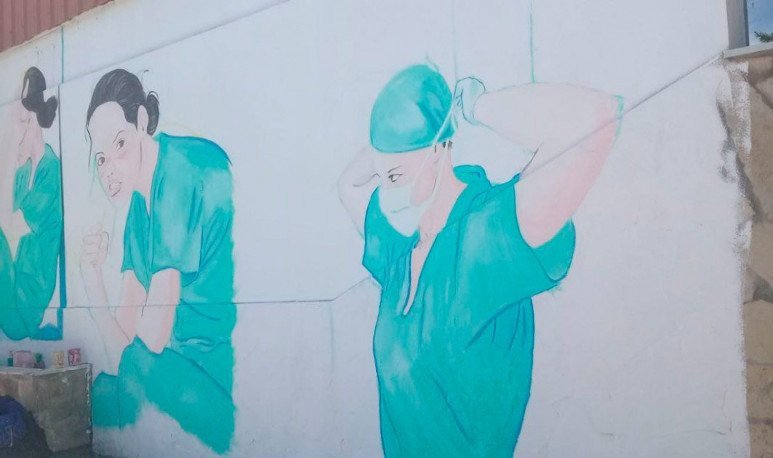 Vargas told a local media that the idea is to “ generate social awareness in relation to what we are all going through  in this context of pandemic but especially to pay tribute to health workers, who are at the forefront of this fight against coronavirus.rdquo;.

Both were dedicated for a few days to skull the idea and then came the urge to paint it.  Painting and drawing inputs were donated by different local entities . As for the drawing, there are three figures representing three different moments of the pandemic from the health system. Cerda describes that “ the first figure reflects the fatigue and exhaustion of the worker, followed by an image that expresses the struggle symbolized in the closed fist; in the third image we draw it adjusting the barbijo and with a determined look to face the problem ”.

This is not the first time that Zapala has paid tribute to health workers. One of the most beautiful squares in the town, is called René Favaloro and is located in a neighborhood with the same name.