Home People As we are May doctors forgive me

May the doctors forgive me and God and the Fatherland don't demand me. All of them, without distinction of colors, will hate me by reading this note. 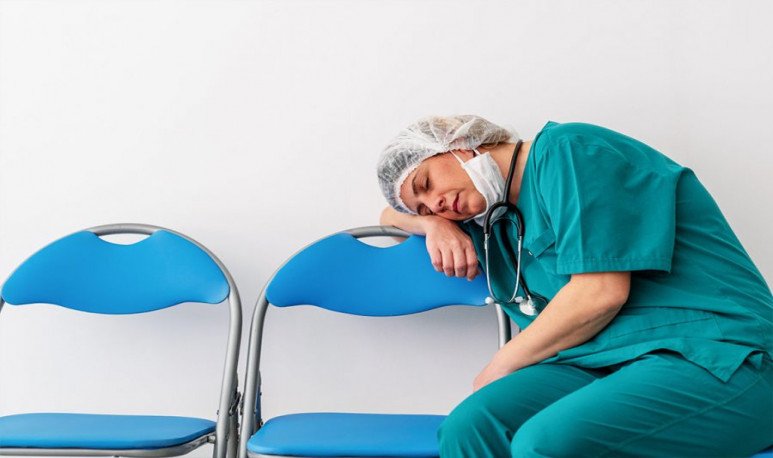 May the doctors forgive me and God and the Fatherland don't demand me. I have friends  doctors , others who work in medicine without being doctors and a couple of very dear doctors. Like my children's pediatrician.  All of them, without distinction of colors, will hate me by reading this note .

But we, stripped of that passion for one of the two most noble professions in the world (with teachers), can think coldly.

Saving a life is being a hero . And they save many. There are those who believe it, enlarged. But there are also those who humbly know that they contribute to humanity. They even take it as another job. I understand to those professionals that when someone dies, they don't prove much. Logical. They're sick of seeing death. I open parentheses: it must be terrible to have to tell someone that you couldn't save your loved one. More terrible, get used to it. It must be very difficult. So, they should teach them in college how to do it humanly. Because whoever gets the devastating news needs at least some commiseration.

Recently, two doctors wrote letters  complaining about lack of supplies, respect, care, pampering, examples and lean salaries . One did it with the  president .

I understand the moment of hyper sensitivity. I understand the fear of being on the front line and not being able to see the enemy approach. I use the figure of war, by the way, as one of the doctors did. Because I, from  Falkvinas , take a lot of care when using the word “war.”

May the doctors forgive me, but you chose that profession.  And thank you a thousand for doing it . But since college they know they're playing their lives. Besides, they know they're going to do it without inputs. No proper protection. No respect for the state. Fucking wages, unfair, next to those of a judge or legislator. They've known it before they go to college.

And you better than anyone, you knew what was coming

I'm not defending the state. On the contrary, I am closer to thinking  all come to legislators and statesmen just by power. Shitting on us . But in this one there is something to keep in mind, to be fair. At the time when the  pandemic broke out, it was  too late to go out to buy  respirators , chisoles, camisolines . It is technically impossible for a State to react quickly and on a giant scale. Less, in a situation where 50 States are in the same situation. No one in the world has such a stock. It's a wheel that gets started after an eventuality.

That said,  you knew better than anyone else that hospitals are not prepared  for a mass cure of the volume expected.

It's not time to complain

I understand fear. And for something I didn't do medicine. Nothing that happens today is less than 50 years happening. They'd have gotten tough before.  Pressured the trade unionists  of the guilds. That you must not escape the axiom of being dirty millionaires while you collect crumbs.  They would have demonstrated and stalled every month , as did the  Mothers of Plaza de Mayo . Until they are heard by the people and the politicians. And get budgets for inputs and salaries commensurate with the importance of what they do. What about you is much more important than the Mothers, but they were persevering and did it.

Dear, you  cannot have the same passivity as the Argentine people  . We have been rams on the way to death for two centuries. But you can't afford that luxury. They should not. Because it's unfair. The state is unfair and if they don't protest, nothing will change.  We can't have more budget to keep lazy than for the health system . It's an unviable country.

Let the pandemic leave a teaching : react. Stay. Protest. Marchen. Stop until justice is achieved. Seize the moment. It's now. The village will accompany them. Sure. And not since the boludez of a  round of applause  at 9 at night alone in Buenos Aires.