Home People As we are Mate and dulce de leche, in English

Will there be a country with more traditions than English? See how our zeal for Argentine customs can surprise even the British. 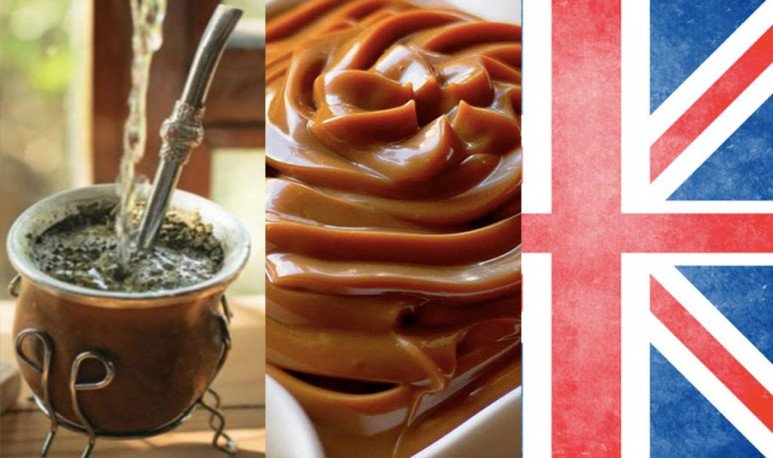 Sarah Martin is one of the most English girls you could ever meet. He lived  his whole life in London , except for a semester of exchange he spent in Portugal. There, in 2008 she met Cecilia, a  Santafesina  with whom she became a great friendship. The contact lasted and Sarah  visited Argentina  in 2012. Then he got married, and leads a normal life in the UK.

Sarah's vision of Argentines and what comes to mind when he thinks about our country is far from what is usually our imaginary. Here, from the verbal and  the symbolic, we spend it rivalizing with  the English  :  Falkland , that  Maradona ... Sarah's feeling shows that, at least in the younger generations of British, such almost racial prejudices have nothing to do with reality.

From his passage through our country,  he fondly remembers many things . But there are two who powerfully caught his attention.

“Constant mate,” says Sarah. If this English was surprised that  we take mate  at any time, what would it be like if she had become friends with an Uruguayan woman! The  ané  c  dota that more remember is driving from the house where he stopped to a museum. His backseat companion took the mate, prepared it, and  primed it to the rest of the occupants  of the vehicle as the trip passed, which did not last ten minutes.

I mean, Sarah recognizes that in English customs  it is central  to drinking tea  . But, while you can draw a parallelism between fanaticism for both  infusions , we must recognize that stories like the one I just told position us as  winners in this classic .

With regard to  dulce de leche , it's great to read Sarah's textual words: “Anyone would think that, after mate,  there is no room for another national obsession . But somehow, this condensed milk with caramel flavor settled in the hearts of Argentines.” In Argentina we know very well that dulce de leche is much more than that, but it is understandable what Sarah points to. “It's like all Englishmen were obsessed with the  Golden Syrup .”

Already as for more serious things, Sarah was pleasantly surprised by how, in her understanding,  young    Argentines  include the   politics in their discussions. “The only time I saw English people like that was recently, with the discussion about Brexit.”

Of all that this  british girl  keeps in her memory of her dealings with Argentines, what stands out is that we are “underpinned by  passion .” He describes us as passionate, helpful and recognizes herself “ lucky to have  Argentine friends  .”