Home People As we are Martín Cirio: social justice or cyber attack? 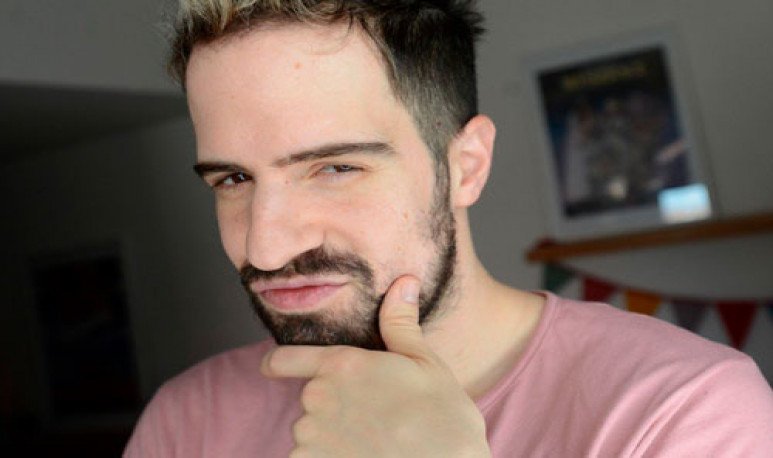 Those who know him know that once something gets into his head, he's hardly going to stop. And for those who haven't heard of him, we tell them a little.  Martín Cirio  is a comedian  and youtuber  famous for his social media  activities. His character from  La Faraona  has gained millions of  followers  over time and his testimonies tend to generate great controversies. With ways repudiated by some and adored by others, their claims manage to reach the center of attention of a sector of society. The same happened last week when he began to arroke  Gustavo Bordet  demanding by the  Wetlands Law.

This would not be the first  controversy  in which the humorist is involved.In fact, just surf a little on the web and countless news with similar cases can be viewed. Sometimes he addresses banal issues, such as fights with media people and, at other times, more serious and sensitive issues. It seems that between  hashtags ,  protests  and marches , the  claim knocked on its door and started a cataract  of Instagram stories talking about it. There, he called the  president  entrerriano as “  irresponsible”  , “  accomplice” and  “  negotiating”  with the entrepreneurs involved in the burning. While the provincial government invaded  silence .

The no answer  outraged  Cirio in such a way that he sent his  entourage of followers  to  invade  Bordet's  networks  . And they  obeyed , like an  army . The situation  went out of control  and, without speaking, from the provincial team  removed  the option of submitting comments in their latest  publications  . Far from  going back , the influencer outlined: "You are very brave to let your province  set fire . But don't you take the messages from the people you're  getting sick ?”.  And, with a  threatening tone, he continued:  “You're going to  listen to us even if you don't like it.”

As we talked about a few weeks ago, the  fires  on the delta  islands   are  still  growing  . The cities of  Paraná  and  Rosario  are the  main harmed by  this activity malicious. Between  both coasts  there are no  cracks  : people ask for  urgent  answers. It is no longer tolerated breathing and observing the fire knowing the valuable  ecosystems  we are losing. The rulers, far from providing solutions, continue to point each other with their finger as the  flames burn . At the same time, the  Chamber of Deputies  began to accelerate the  processes  to  promote  new  regulations  that  regulate   and sanction  .

Previously, the instagramer had proceeded in the same way with the mayor of Rosario,  Pablo Javkin . However, the  politician  went ahead before the  barrage  of  aggression  was loomed to him. In this regard, he sent him a  message  giving him  explanations  about what was  happening  with the arson. There, he mentioned that he had filed  criminal complaints  in  Entre Ríos  before the  Federal Justice  , because the burning was in that jurisdiction. And he concluded:  “What we urgently need is a National Wetlands Law.”

The answers that the communal chief gave to Martín Cirio seemed to leave the calm waters between them momentarily. That's not what happened to the entrerriano governor. From there, the comedian opened the  debate  on what kind of  policy   would favor  us as a  country  . In this way, he placed the two leaders on  opposite sides  of the ring. First there would be  accessible  and  dialoguistic  efforts that address the people's questioning. While in the second case he sentenced that it is a  “mobster”  and  “corrupt”  administration that censorships citizens.

It's undeniable that the discussion is going to leave more than one thinking. Also, that the influencer will not slow until he gets some kind of response. The funny thing is how a person with  1.2 million  followers on Instagram and  411 thousand  on Twitter can achieve a  phenomenon  of this magnitude. Where the  media  transcends to the  political  and what  really matters  is  transpapel  along the way. It is not known who contributes for  entertainment  and who  to participate in  a  social struggle  . Between attacks, jokes and chimentos portals,  burns continue to burn . A real  problem  that received so little  protection  from the  State  and  legal inaction  that had to come to  this  .