Sadness, party, controversy, riots and brotherhood. Chronicle of the eight hours that Argentina had to give his last farewell to Diego Armando Maradona. 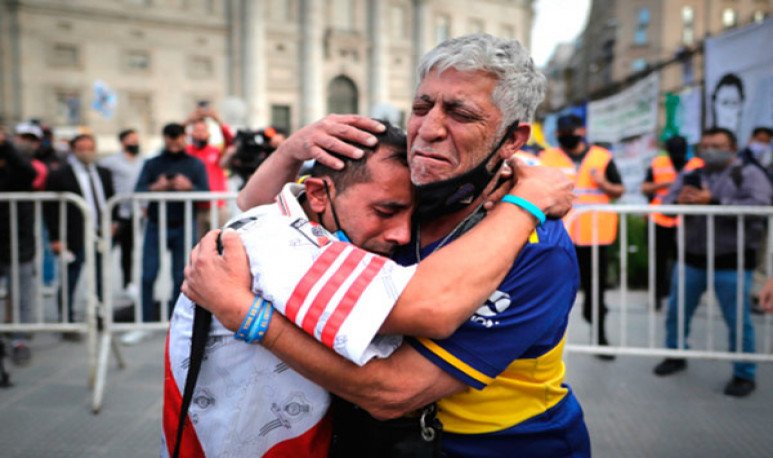 Where were you and what were you doing the moment you found out Maradona was dead?  That's the story we're going to tell over the next few years, maybe to eternity. I was locked in my room and I started getting messages to a WhatsApp group. I couldn't believe it, I got out of so many that it seemed like a bad joke. But this time the alarms really went on and the star was fired forever. Of course, we knew that what would come after that news wasn't going to be easy.  It was the first day in a long time that the  pandemic  ceased to exist, figuratively, and that clockwise slowed .

On  Wednesday, November 25, 2020  , will be marked by fire in  Argentine history  . I didn't want to miss anything, so I turned on the TV and opened Twitter to wait for the tears that started to rain. Words were seen everywhere, but the silence of amazement invaded us. Even those who do not idolize him, the unstoppable love for El Diego raised our skin. Applause, screams and suddenly a  “viva el pueblo, viva”  that mixed among the various tributes of fans and self-summoned lovers. They gathered at various points, they comforted each other and the tears dried each other.  That half of the week it was all brothers .

The  wake  of  Maradona  was  everything Argentine  that could become in a single day.  It included police repression, quilombo, music, court songs, politics, controversy and crowd . The National Government enabled Casa Rosada so that people could say goodbye to the astro, a decision that aroused the bronca of many. You don't have to be very smart to realize that he was going out on the street anyway. All they did was try to make it happen as organized and responsible as possible. However, at times it became uncontrollable.

Luckily there is photojournalism to portray a date of this caliber.  Two fans of Boca consoling one from River who disarmed in tears . People  of all ages and social classes  quietly queuing in order to have their last moment of him. It's just that no one was prepared to leave the earth, we thought it  immortal . “I can't talk, I'm shattered,” said a man a channel wanted to interview. “Every dream can be fulfilled, El Diego left a villa,” said another with emotion. “Today I did not go to work to make it come. It is a sad day for all Argentines,” testified a citizen who came to the place.

Of all the pictures that marked this day, there was one in particular that I will remember forever. People climb to the bars of Plaza de Mayo waiting for the coffin to start their way to the cemetery. Although the most striking thing was when firefighters started throwing water with hoses to control the situation. Far from shrinking, the fans waved their arms, kept singing and went crazy with happiness.  Thus, Casa Rosada was transformed into a football stadium .

The body goes away, the spirit is left

Maradona  is the meaning of the popular . Whoever cannot understand the context from which it came hardly be angry with what caused his death. We were locked up for months because of a health crisis that seemed to disappear in one day. The kids are still out of school and they set up a room to watch on it in a multitudinous way. We were asked for distancing and fading all year round, and the tide of people became homogeneous at their farewell. Yeah, it's angry if you analyze it from those edges. However, there was no other way to say goodbye. Even, it seemed like a short day for the years of happiness that brought him to a  society decimated by war and distress .

Maradona  was a town boy, whose dream was born in a paddock . He taught the lower and marginalized social classes that they could aspire to something else in life. He fought the power and didn't shake Videla's hand. He gave the country a victory against England when our soldiers had died in Malvinas. It was disruptive, wrong, imperfect and human.  He never gave up his love for our nation and died inside his ground . On the day of his departure, he didn't make me an inveterate fanatic, nor his advocate blindly.  Instead, he made me remember, after the worst year of which I remember, what it is to be Argentinean . 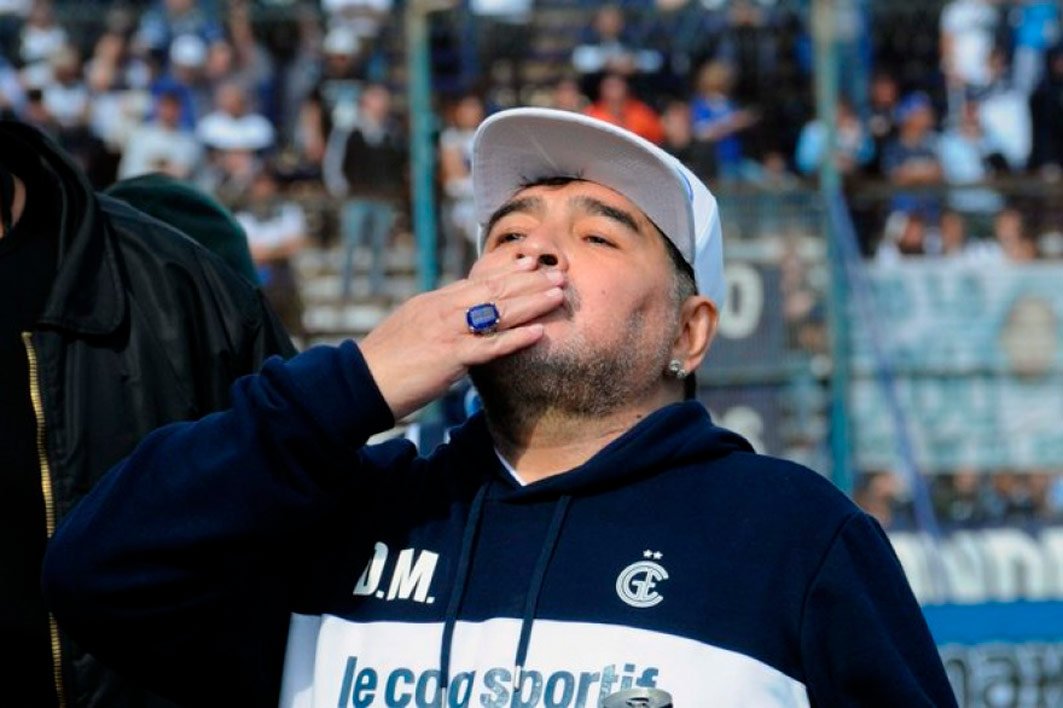