Home People As we are Love, I washed your dishes

Are household chores solely the responsibility of women? With quarantine, 1 in 3 claims to be exhausted. 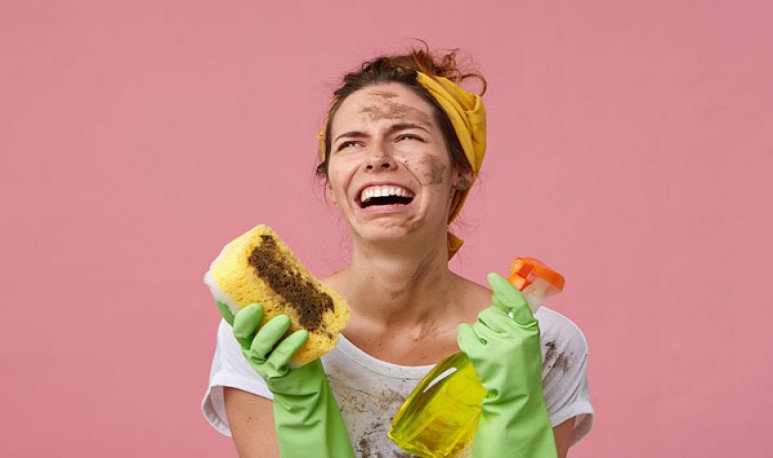 In a year that no one had ever imagined in this way,  the  quarantine  came to put on the table many issues that we might not have seen otherwise . At least not so clearly. And there was one area where it impacted most strongly: on  family dynamics . Especially those who have children saw their routines brutally modified, without classes, with teleworking and the need to oversee school slogans. In addition to  household chores, they increased with the family inside the house permanently. In this context, guess who was most affected by these changes. Of course it is:   women .

A survey conducted by the Observatory of Social and Business Trends of the  University Siglo 21  states that  1 in 3 women is exhausted  . This is a study called  “Gender gap:  quality of life  and emotional well-being during the COVID-19 pandemic” . The survey was conducted between 1050 men and women between 18 and 65 years old in the City of Buenos Aires, Comodoro Rivadavia, Corrientes, Mendoza, Rosario and San Miguel de Tucumán.

According to  the research, 31.6% of women reported that “often or always” are exhausted at the end of the working day , while in men this number reached 25.3%. In addition, 28.1% “frequently or always” find it difficult to relax after a day's work, compared with 22.2% for men.

The survey yielded other worrying data regarding the well-being of women. In terms of  rest, 32% of women reported having difficulty sleeping  (also falling asleep or, on the contrary, having overslept), while in men this percentage only reaches 20%. It was also shown that women have lower levels in their emotional disconnection capacity compared to men. Twenty-four per cent of them say that after work “never or almost never” perform activities that help them feel relaxed, while in men this figure represents 18.1 per cent. And 21% of women said they lack energy to carry out leisure moments, against 15.3% of men who responded in the same way.

Even more worrying are the results regarding  depressive symptomatology . 14.8% of women say they feel declining, depressed or hopeless more than half a day or almost every day. In men, this percentage reaches 11.7%.

Anxiety levels  are also higher in them. 20.1% said they were too concerned for different reasons, more than half the days or almost every day. On the other hand, this percentage is 16.4 per cent in men.

In short, this shows us that they are the ones who have the most difficulty in balancing family and work. For this reason, they showed high levels of stress and emotional exhaustion. This reality, which was taken to an extreme extent following the quarantine imposed by the coronavirus pandemic, has a cultural anchor that is very difficult to eradicate. It happens that, in the middle of the twenty-first century, when women work outside their homes on a par with men , household chores and child-rearing continue to be considered their responsibility.

This does not mean that men do not get involved, but that they do it from another place.  They “collaborate” or “help” in household chores  — some more than others — when the underlying issue is another: as a shared responsibility, no one is collaborating with each other. They're both part of the same thing. As long as we keep asking for “help” and they tell us things like, “ I hung your clothes ” or “ I washed your dishes ”, the burden on women's shoulders will never decrease. And the  gender gap  will only continue to grow.