Home People As we are Legal Abortion: Cordoba Always Against

Following the lines of Cordoba history and supporting Diego Tatián's postulates in his book “Contra-Córdoba”, it seems that the votes of the Cordoba deputies against the IVE appear to be meaningful. 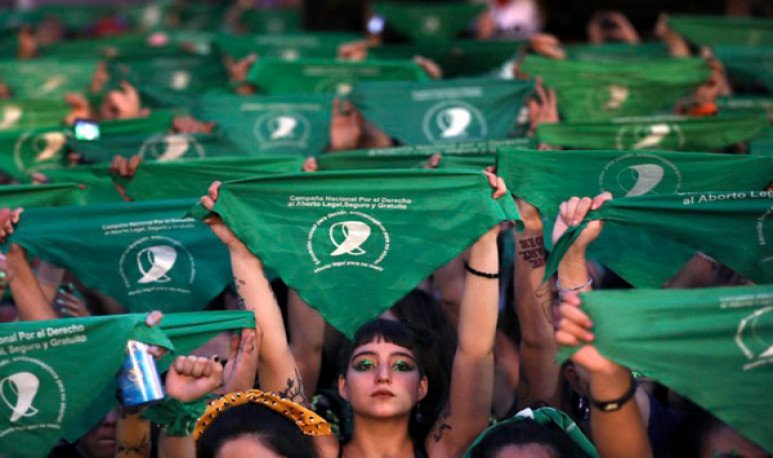 While thousands of young Cordoba expected a dignified and fair representation of the people by the legislators for Córdoba , the results were  (at all) surprising .In this busy December, national legislators and legislators expressed their position with regard to the draft  Voluntary Termination of Pregnancy  being discussed in the Lower House.

Of the 18 legislators representing Córdoba,  13 voted against   the Voluntary Termination of Pregnancy Initiative  and  5 in favour of the bill  .

The positioning and actions of  deputy Alejandra Vigo, generated controversy and controversy. Until the last moment he did not express his position and gave its foundations directly on the camera. While a whole town was waiting for their reaction. Of the other three legislators of the justicialist bloc Córdoba Federal, the refusals were by  Claudia Márquez, Carlos Gutiérrez and Paulo Cassinerio .  Those who until a few days ago  showed themselves as indefinite and presented  their own project to decriminalize abortion for people in situations of poverty, housing deficit and “family disintegration”.

Cordovan women against the IVE

The first Cordovan deputy to speak was  Alejandra Vigo (Córdoba Federal),  who in the previous vote was the only one to abstain:  “I consider that abortion is not the exercise of women on her body and is in most circumstances immense pain. That is why once again, I uphold the need for a human law with social inclusion.”  With a  rather poor speech, Vigo   defended the alternative draft  presented in committees by the schiarettist deputies, which allows abortion only in cases of vulnerability.  “ Legalizing abortion in any situation is not the answer.”  Another of his controversial phrases was: " Women put much more than the body, we put the soul. But  the words abortion and freedom do not go well in the same phrase.  We cannot share the method they propose to us”

Accordingly, Deputy  Claudia Gabriela Márquez (Córdoba Federal)  stressed that  “it seeks to assert one right over another that is displaced”,   advancing his    negative  feedback.  He expressed his position against the IVE project and said that  “It is not a matter of lukewarm, as it was said. Half the library defends one right and half the other. I defend the right of the most vulnerable, those who have no voice”,  because   “the living have the power to decide on those who are not in physical presence but are in intrauterine life.”   During his speech, he referred to his party membership:  “Never did a Peronist government hesitate to defend the lives of the most vulnerable. (...) I formed in a Peronist government. We Peronists also know how to defend our convictions and we have  a certainty: we will never abandon  the most vulnerable.”

Córdoba deputy  Leonor Martínez Villada (Civic Coalition)  also stood against the project:  “There is a counterposition of rights, which is equidistant. Here must be the state to defend the right of a more vulnerable person. We are in the presence of a search for mother's power over the life of this unborn child who has no other defense than the law of the state.”   Soledad Carrizo (UCR) also  expressed his rejection of the project  : “I am not in favor of any death, neither women, nor unborn children. When we accept death as a way, we will undoubtedly have failed and we will have lost the battle,” he said. For her part, Deputy  Adriana Ruarte (PRO),  challenging the postulations of science, asserted that  “every human being is a person by virtue of his nature.”  Adding  “If we are not going to respect our constitution we should be setting a date for its amendment.  The abortion mortality rate  is not rationally supported.  We have to address the issue from obstetric care and from education,”   he said.

To read these positions, it must be borne in mind that there is  a struggle for the Comprehensive Sex Education Act that does not apply  and generates resistance on the part of conservative sectors. When it is argued that the solution to the IVE law is education, legislators are still too flexible and looking the other way.

The  UCR deputy for Cordoba, María Soledad Carrizo,  confirmed her rejection of the voluntary termination of pregnancy project and denounced the Executive for presenting the initiative at this time.  “ This express treatment comes to answer an agenda of an Executive who has not responded in a year,”  he said. He added:  “In this project life is eliminated. Science today gives us a fact: there is life from conception.”

Congressman for Cordoba,  Luis Juez , argued  his vote against the project  on legal abortion by arguing that this initiative occurs a  “collision of rights”quot; “As it is about voting rights, here are two collisions of rights that confront and we will not find a return because it is the debate that is pending (...) surely this is a debate that the Court will have to resolve, because there are two rights in collision,”  he said. In that regard, he considered that they collide  “the right of the woman and her body” and “that of the person she wears in her womb”.

Hector Baldassi,  meanwhile said that the project was treated with  a “speed” that does not contribute . “ In the urgency we can lose everyone,”  said the former referee.  “ The policy agenda was not this,”  he said.  During discussion, women continue to be clandestinely aborted and dying for an absent State. But this doesn't seem to be urgent.

Congressman for Córdoba , Diego Mestre (UCR) , considered that  “a worse time to deal with the law”  on Voluntary Termination of Pregnancy could not have been chosen. It considered that this project on legal abortion is “unconstitutional” in the understanding that the rights of the unborn child were violated. In the same vein,  Victor Hugo Romero,  said on Thursday in the venue  “as I defend the two lives, I can not accompany this project.”  I wonder,  if it's not the time now  ... When is it?

The votes in favor

Brenda Austin (UCR-JxC), Mario Negri (JxC), Gabriela Estévez (FDT), Pablo Carro (FDT) and Eduardo Fernandez (FDT) voted in favor. Gabriela Estévez  told the media:  “We notice the replacement of the camera, the maturation process that has been experienced since 2018. There are many new feminist deputies, from the different blocks.”  The deputy gave  the last speech  of the session  and asked for approval of the legal abortion project.  Arguing  that “Traumatic  is not abortion, it is underground.”   The Cordovan deputy of the Frente de  Todos proclaimed “If we look out and look out, we will see thousands of young people who are waiting for this project we are dealing with will have half a penalty.”

Brenda Austin  welcomed the debate on International Human Rights Day:   “We seek to respect women's rights in their sexual and reproductive health,  which are human rights. We are facing a health problem and it is best for the State to give a comprehensive response.”

The most heard arguments in the compound defended this project as a  public health issue and, necessarily, alien to any religion or individual belief.  Above all,  the percentages and statistics showing the number of deaths and women affected in their health due to unsafe abortions were highlighted  . In addition, it was argued with economic calculations showing that  the costs incurred by the State in reversing the damage of clandestine abortions is much higher than the guarantee of such a right from the outset . Also, the green banking sector made it clear that  legalization does not impose or promote abortion, it only guarantees it for those who make this decision.

On both sides, they also referred to the importance  of preventing unwanted pregnancies with sex education and public health policies   to strengthen   information about contraception. That was the place of intersection between each other.  Some, fighting from the beginning for the implementation of the ESI,  and others having argued against its approval and residing to its application.

In general, these were the positions that the deputies of Cordoba expressed. However, in the general and defining ballot there were  131 votes in favour, 117 against, with 6 abstentions.  Therefore, the Voluntary Termination of Pregnancy (IVE) project and the 1,000 day project will continue to be the center of the national political scene at this end of the year,  while debate is being discussed  the initiative in the Lower House compound.