Home People As we are Honesty is priceless 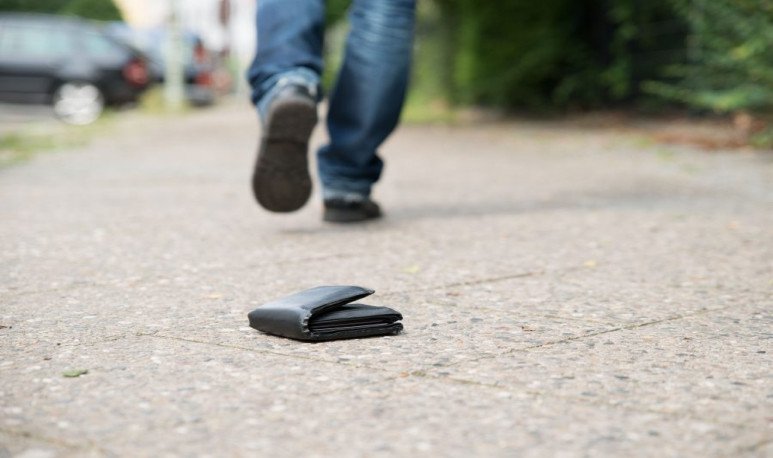 In  Rio Cuarto , Cordoba, Walter left one morning to do a procedure at the bank. When he arrived, he realized that he was missing something important: he had lost his wallet. But that wasn't all: I had lost the wallet where he kept the $1,968,850 check he had to deposit. Despair invaded him and ran to his car in the hope that it would have been just a forgetfulness, but he was not lucky: the wallet was not anywhere.

While Walter discovered in the bank that he had possibly lost almost two million pesos, Maria Marta came down from a bus very close to where he had parked the car and saw it: a wallet lying on the sidewalk. Without even thinking about how much money he had in his hands, he did not hesitate: he called a phone he found inside and Walter's son took care of it.

“I find it hard to get to  the end of the month , but I don't keep anything that doesn't belong to me, I prefer to work every day,” Maria Marta Arias said later, when local media interviewed her because Today return that amount of money, unfortunately, is considered crazy. Maria Marta works as a wench in a café in the area. He doesn't spare his money. But fortunately, honesty, honesty and integrity have little to do with that.

Luckily, there are more stories like María Marta's that continue to surprise us and remember that it is possible to choose to act correctly. Of course, these are not the cases that abound, that's why they become news.

Lorena Yapur lost in a street in Sierra de los Padres, a town of Buenos Aires south of Mar del Plata, a stock exchange that had 20,000 Argentine pesos and $4,000 in cash. The money was intended to carry out an operation on his daughter who had leukaemia . Desperate, Lorena wrote the situation on her social networks and asked to please contact her if they found the stock exchange.

He explained in his text that the whole family had joined together to raise funds for the child's autotransplant, and that they had sold the car to cope with this expense. After making the sale transaction, they lost sight of the money along the way. Lorena ended her hopeful publication: she asked for a miracle to save her daughter's life.

The miracle had a name: Catherine. She had found the bag with the money when she was walking with her dog and came up thinking it was rubbish. Seeing the content, he did not hesitate. Like Maria Marta, she chose to do good : she wrote on her Facebook profile that she had found in Sierra de los Padres “a big bag with $20,000 and something else” and asked your contacts would contact her if they knew someone who was looking for her. Not compliant with this, he assured in the same publication that if the owner of the stock exchange did not appear, he would donate the money to some shelter or dining room that needed it.

Afterwards, social media did their job. On the one hand, there were ill-intentioned people who sent more than a thousand messages to Catherine attributing the loss. They couldn't deceive her because they gave false data - they didn't say the stock exchange was red, they didn't name the papals in the girl's medical history who were next to the dollars, they didn't name foreign banknotes. Finally, friends from Lorena found Catalina's publication and quickly contacted them.

The story has a happy ending. Lorena and her whole family recovered the money thanks to their countryman and were able to complete their daughter's operation. And those of us who follow this story remember, once again, that there is hope and that miracles do exist, miracles with their own and Argentine names.

Agustin, an example of honesty