Home People As we are Is La Pampa part of Patagonia?

There are two documents that say, without half a red, whether or not La Pampa belongs to Patagonia. 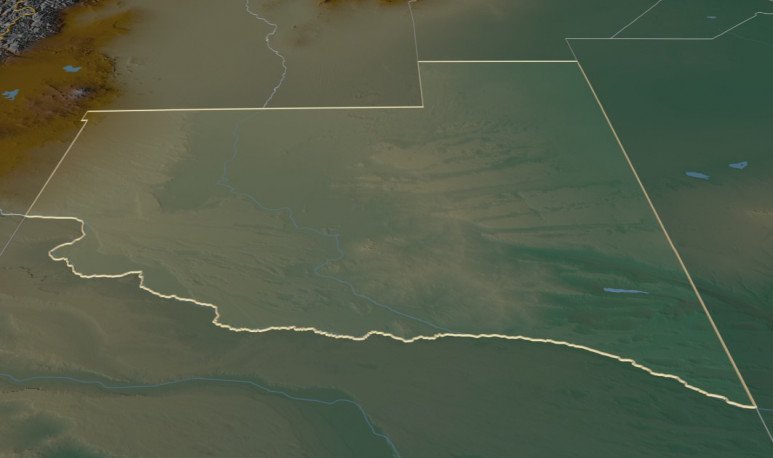 Yes, no. The inclusion of  La Pampa  as a Patagonian province has taken so many years that we have lost count. Maybe it's because of the climate, because of agricultural development, because tourism activities are different. But a national law, and the Founding Treaty of the Patagonian Region, say this without half a word: La Pampa is a Patagonian  province  .

It may not be felt that way by a Santacrucian living in Puerto Deseado, a Chubutense from Gan Gan, a  Fueguino  from Tolhuin, a Rionegrin from General Roca, or a Neuquino from Plottier, but a person born in General Pico —or in another city of La Pampa — it's as Patagonian as the others, and it's also a native of the Buenos Aires party of Patagones (they didn't expect it, didn't they?).

Who says La Pampa is part of Patagonia?

In principle, it is said by a national law. In September 1985, the Congress passed  Law 23,272 , which considers La Pampa, together with Río Black, Chubut, Neuquén, Santa Cruz, Tierra del Fuego, Antarctica and Atlantic Islands South and the Patagones party of the province of Buenos Aires, as part of Patagonia.

19 years later, on November 10, 2004, the legislature amended the regulations by  Law 25,955 , which did not change the original spirit of the initiative and continued to include both La Pampa and the Patagones within the region.

But there is also a  Foundational Treaty of the Patagonian Region that was signed in 1996 , no less than in  Santa Rosa , capital of La Pampa, to which all the provincial legislatures.

What does the treaty say?

Like any treaty, it encourages cooperation between those who sign it, but the most important thing was — despite the fact that the law passed eleven years earlier — to incorporate La Pampa, thus creating a sort of “new Patagonia Region”.

One fact of color is that, unlike the initiative sanctioned in Congress, Patagonia is considered to be “the provinces of La Pampa, Neuquén, Río Black, Chubut, Santa Cruz and Tierra del Fuego, Antarctica and South Atlantic Islands, covering the subsoil, the adjacent Argentine Sea and airspace corresponding”. Exactly,  in this treaty does not appear the Patagonian party.

The document also reaffirms the autonomy of each of the constituent provinces of the region, the will to behave in a bloc before the Federal Government and proposes the creation of a Patagonian Parliament with provincial legislators, which to date some other leader put it back into scene, but that in practice never happened.

Are you a Pampean? You're Patagonian

In short: backed by a National Law and a Foundational Treaty signed by each of the governors of the region,  all Pampeans can proudly say “I am Patagonian”.

It is also time for the citizens of the rest of the provinces to put an end to this kind of “negationism” about La Pampa's belonging to Patagonia.

But, while we are here, let's open a debate: what do we do with  Patagones ? The main city of the party and Viedma are separated by the Black River. Yes, it's not a minor limit, but both localities behave practically like one. If that is enough to “adopt” a Buenos Aires party as a Patagonian, it is another discussion, which may have to be settled at another time.

En respuesta a Marcos A Sánchez