Although it may seem incredible, in the 21st century, it must be clarified that in Patagonia summers are hot. 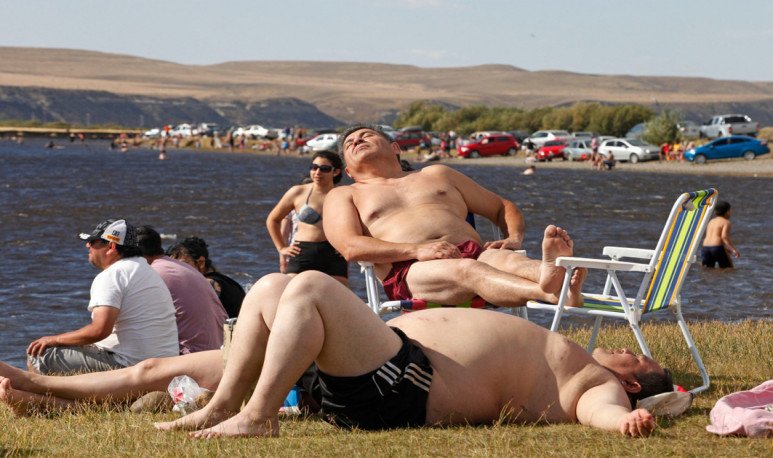 It has already been written about certain prejudices and assumptions that   Patagonians   “suffer” when we meet someone else in the country or from foreigners. Of course you might not know something about  Mendoza ,  Jujuy  or the differences between the different neighborhoods of the  Autonomous City of Buenos Aires , but... how many times have you been asked if  there really are  summer  in  Patagonia   ? At least once you've been made that statement in question format.

It is understood that southern Argentina is  colder  than other parts of the country . It is also because mostly the images that can be seen in the media are towns famous for their snow, such as   San Carlos de Bariloche  in  Rio Negro ,  Ushuaia in  Tierra del Fuego ;  Rio Gallegos or the  Perito Moreno Glacier  in the province of  Santa Cruz  ;  or places of the    Chubutense mountain range  as  Los Alerces National Park   . This makes the imaginary of those who are not inhabitants of this place believe that there is no such summer long awaited by teenagers, adults and whole families to be able to clear a bit of the routine of the year, which can vacation, of course.

Many  Patagonians  are going to study elsewhere, like   La Plata ,  Córdoba  or Buenos Aires : the conversation can result in different claims or complaints about that other: “How are you going to be cold if you are from the south” or “sure they are in the jacket all day Go over there, right? ”. The truth is that, precisely, in recent summers, the Patagonian region has recorded great temperatures and the enjoyment (this year with care and social distancing) of virtually all cities with beach as well as the localities that have lakes or rivers in their vicinity, and that 30, 35 and up to 40 degrees should be passed with sunscreen, and a dip. In fact, it is common for some Patagonian city to have the highest temperature in the country daily.

It should also be noted that Patagonia is extensive and cannot be homogenized throughout the region: in the almost million square kilometers (specifically 930,638 km2) that it represents, there are places that are cold and it is only days that you can enjoy high temperatures, such as you can also sometimes see the mountains of  the Andes Mountain Range  with  snow  while one enjoys a swim in the melting waters of the   lakes  inside algae uacute; n National Park .  Distances  remain a paradigm to change in the social imaginary. But that's also been talked about.

Then how to explain, after laughter, that there is summer. The different temperatures with the running of the hours can also mean a difficulty explaining hot days and in different locations: the nightfall mountain range, or the wind on the beach can cause one to have to wear a jacket, and it is a suggestion if someone comes on vacation.

In short,  we Patagonians have summer, without  moisture , with the enjoyment of beaches of choice: with sand, with stones, with more or less people; big and small lakes, surrounded by tents or immense trees . The Patagonian region is not only a tourist destination for skiing and whale watching, there are enjoyable cities during the last and first months of each year and the temperatures accompanied to drink and eat overlooking the sea, taste local products while watching the sun fall to late in the day, something that always catches the attention of foreign Argentine tourists.  To live the Patagonian summer that is just as hot as almost any other region of Argentina.