Home People As we are In the name of interculturality: the mbya community has its television channel

After 18 months of planning, Jasy Tv, a new project carried out by the mbya village, came on the air. 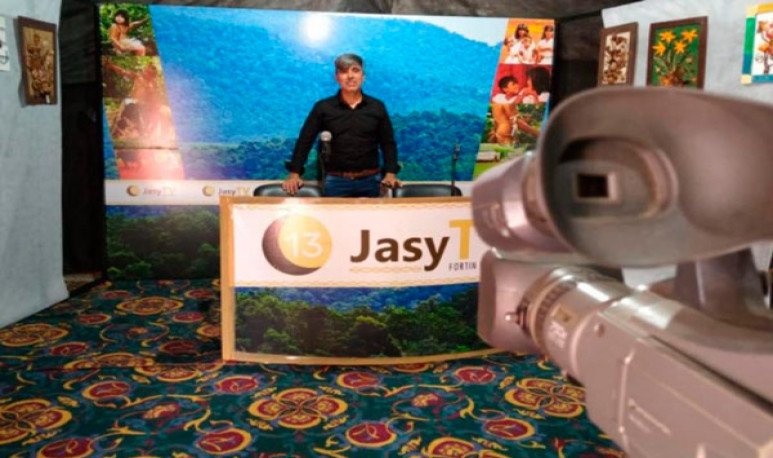 The wait came to an end . They were arduous months of work, effort and dedication, but everything had their fruits.   On October 9  , the  dream  of a whole community that wanted to show the world its culture was fulfilled.  We refer to the first  mbya guaraní  television channel in the province of  Misiones  and Sudamé rich . It is a space that has its central studios in the territory of the  Fortin Mbororé Village , located in  Puerto Iguazú . In this sense, the stories shown will be narrated by the protagonists. Who will have the opportunity to show their world through the media.

United for an end

Jasy Tv was made possible thanks to the cooperation between Basilio salas, promoter of the project, and Silvino Moreira, chieftain of the tribe . While at the beginning of March they were almost ready for the inauguration, the arrival of the  pandemic  postponed plans. It is that the authorities of Guaraní Affairs of Puerto Iguazú requested the cessation of the works to maintain the isolation of the community. That determination forced them to  delay the air outlet  . Anyway, the team has been working for a year with notes published on its website and through Facebook.

Basilio said that the idea  was born  from a conversation with Silvino. From there, they set out to polish the initiative and  work tirelessly  to realize it. According to the director, he had the teams from when he worked in the town of Puerto Esperanza and thought about creating a television channel. But not just just one, but in generating content based on mbya culture from within and for the rest of society. At the same time, he intended that transmissions were also made through the internet.

As for the  topics addressed , the creator of the original signal reported that they will be  70% related to mbya communities . This will show a lot of information about the villages, the sport and the novelties that occur within your village. While the remaining percentage will be completed with other notes that will be made in Puerto Iguazu. He also explained that the  primary objective  is the i  ntegración of people from outside with those inside and vice versa  .

For his part, Silvino was  very proud and excited about  the project. So much that he claimed that it's going to be an  open channel for people , because it's the right thing. Likewise, he said that if they can help someone by providing space, they're going to do it without hesitation. It is designed for the inhabitants of the  city  and the whole province, so  it will encourage their access to everyone . Added to this, he clarified that the intention is to show his own and that it be told by his journalists who have been preparing intensively. Everything will be with the accompaniment of the Juru'a (white man), since it contributes to his daily life.

Finally, the cacique mbya stressed the  importance  of an air television signal in the village. It will be a way for natives to exhibit the customs, values and practices that are so hard to preserve. Not only that, but community members will also be able to learn information and content from the outside world.  A real proposal for integration that tends to promote interculturality and to fight the ethnocentrism that still prevails .