Home People As we are How we were and how we are: the crowning of the Virgin of Guadalupe

To understand how we are, sometimes, it is good to investigate what we were like. A Santafesino finding of almost 100 years makes us reflect on this. 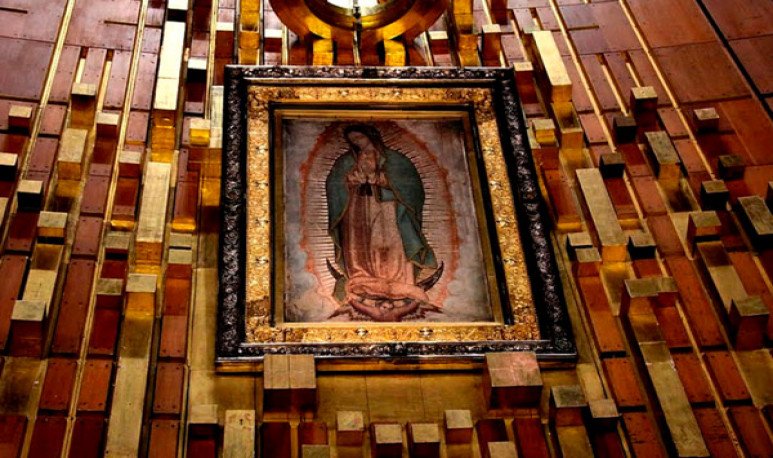 The city of Santa Fe, we already tell you in Ser Argentino, has a very special devotion to the Virgin Mary. Even at a time when Christina's faith lost a lot of ground, this feature is still very valid, in a city that has  Nuestra Señora de Guadalupe  as patron saint.

In the northeast of this capital, the imposing Basilica  is built in honor of Mother of Jesus.

For these days, the space is in refurbishment works. Everyone who approaches the priest Olidio Panigo to ask him where to leave any object found, listens to the same answer: “Leave it there, in the Sacristy.” This cabin, where priests usually prepare to give Mass, became a reservoir where the most diverse things could be found. A finding, in this context,  puts on the table the question of how we were in the city of Santa Fe, at the beginning of the 20th century.

Panigo did not fall into itself from such surprise. A few days ago, in the sacristy, while accommodating old things, he found some strange metal boxes. The boxes contained film tapes that testify to a historical religious event: the crowning of the image of Our Lady of Guadalupe, which occurred on April 22, 1928. It was an event that mobilized a crowd of parishioners and had local, national and international repercussions.

That's six rolls of 10 minutes each. It's  miraculous  how good the tapes are in. The sheet metal boxes (in which the tapes were located) were closed, and moisture did not impact them. The films were sent to Buenos Aires for analysis and restoration: they were digitized and  will be exhibited through the social networks of the Basilica.

How we were a century ago

These tapes are a real time tunnel to see what the city was like almost a hundred years ago. They claim it's the eighth film nationwide in the 1920s. The process for digitizing the rolls was complex. You had to find the technician who had the technology and the programs to do it. That person was Fernando Martín Peña , who lives in Buenos Aires and was surprised when he discovered the  quality  of the material. He said that the state in which the tapes were in was miraculous and that they had almost no moisture stains.

The pontifical coronation of the image of the virgin was a historical event in Santa Fe.  The city was prepared for months. General Paz and Javier de la Rosa avenues were paved so that people could get there from the center. Ships came from Paraná and the bishops from all over the country.

The work with the scrolls allowed to reveal a historical fact: how many people had participated in the coronation. It was  about 100,000 people . According to the 1923 census, Santa Fe had 92,000 inhabitants and the Provincial Institute of Statistics and Censuses (Ipec) estimated at 117,000 the population in the early 1930s, as if to have a scale of the number of people who arrived.

In the scrolls you can see the way that the Santa Fesinos made from downtown to Guadalupe. The trip took 15 minutes by car, but it took two hours because of the number of people. At that time there were not so many cars in Santa Fe, but some 5,000 were concentrated in the basilica area.

The pontifical coronation, an event that meant this film record, implies that the  pope  recognizes as miraculous the image of the virgin and highlights the value it has for an entire community.