Home People As we are How to make an Argentine angry?

People with extreme emotions, making an Argentine angry is not complicated. But what is the easiest way to achieve it? We'll tell you. 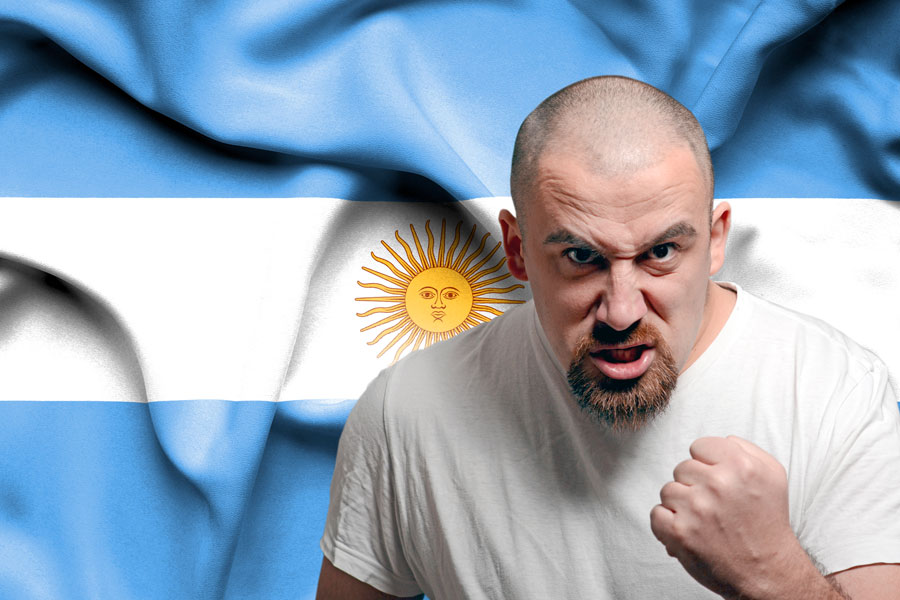 You will be able to say many things about the Argentine, but never that we are lukewarm. For better or worse, for one side or for the other, our emotions are extreme. We live in a polarity permanent, in which things are always white or black: here there is no place to the greys. Taking all this into account, we can sense that making an angry is not complicated. But what is the easiest way to make angry to an Argentinean?

The Argentinian is passionate and exaggerated. All our emotions go to the limit. And this applies to everything: football, politics, music, neighborhood, meals, customs. It's all rivalry here. So, the easiest way to make an Argentinian angry is to make an unfortunate comment about any of his passions . The one in Boca, tell him well about - Oh ,River. River's, Boca's. If he's a fan of Soda, tell him the Redondos are the best. The Peronist, criticize Perón. Tell me my neighborhood is not good and stick to the consequences. Or that our pizza is not the best in the world. Anyway, making an Argentine angry is easy enough.

But, without a doubt, the most easy to make an Argentine angry is to speak ill of the ones he wants. From the old, brother, husband, daughter. No matter how much he criticizes them, It doesn't matter if he's in a fight with the friend: you stay out of it. Because, beyond everything, here what is best for are affections.