The critical situation in Venezuela has expelled hundreds of thousands of people. Eduardo stopped in Mendoza and sold coffee. 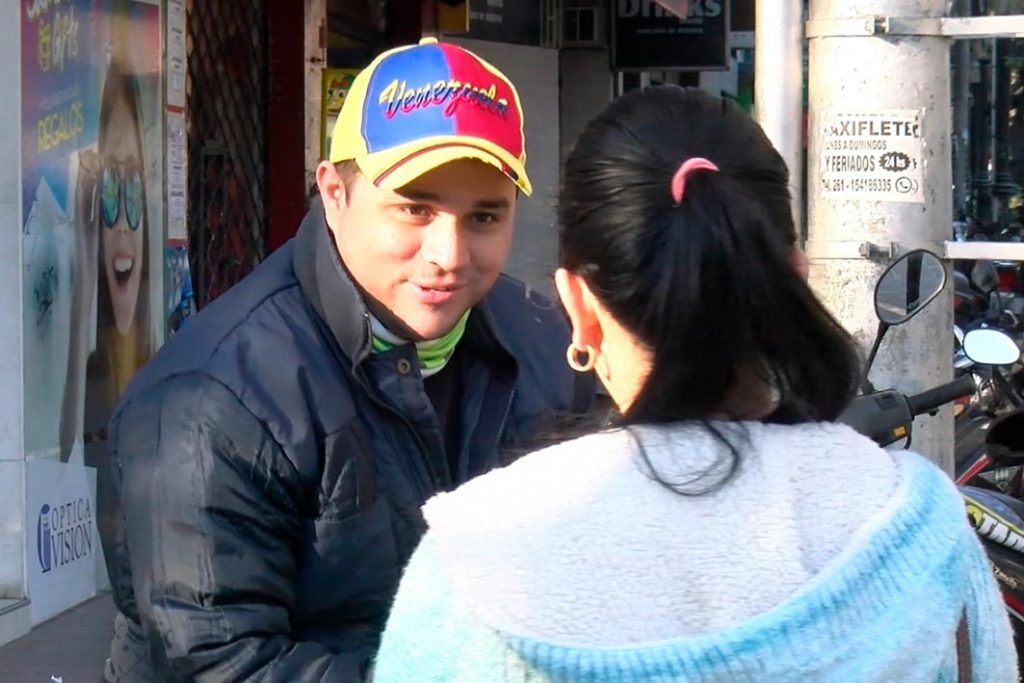 Argentina is one of the most Venezuelan countries since the beginning of the critical situation in that country. According to the Organization of American States, about 150,000 people arrived here from Venezuela. More precisely, about 20 thousand arrived in Mendoza, and among them is Eduardo Martínez. He has lived here for more than a year and is grateful for the attention and hospitality he received. He works for the sole purpose of sending money to family members .

“ I left Venezuela because of the situation. People are starving. It is so unbearable that it is eaten from the garbage”, describes Eduardo from the pedestrian Sarmiento, a nerve point of the City of Mendoza.

Loneliness has marked him, but he understands that he is the only way: “I came alone, but I found other Venezuelans here. And they've helped me. I've left myself family, everyone. It's not easy to leave like that. I get depressed thinking about my people.” AND about the adversities experienced in Venezuela, concludes: “Not even He gets food, sometimes. Supermarkets are empty. There is also no medicines'.

Eduardo is a grader of the treatment he has received from Argentines who have been encountering and comments that “Ido not notice any different treatment because I am from another country. On the contrary. They have offered me help, work and roof.” Although the trade of selling coffee in the center does not seem enough: “When I arrived I found a job in a restaurant. But for a few months I've been with coffee, which only gives me for everyday life. I can't afford a rent.”

Even so, the native of Venezuela recognizes that he is better here: “But I'm still better than in Venezuela. At least here I eat and stay, and I can send money to my mom, which is what matters most to me. That's what I'm all about. So they can buy some food and stay.”

Finally, Eduardo is far from thinking about his return to Venezuela, and says that, for now, this is not the time: “From here to get settled... (laughs ironically). Now as it is, it is impossible to return.”