Home People As we are Get smurch, the flashes are coming!

We Mendoza are happy when the cameras and flashes are turned on to film movies, series and advertising. 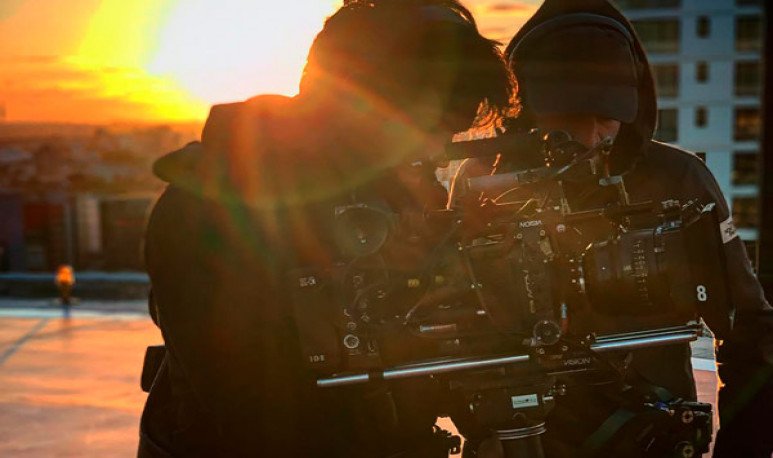 Mendoza knew how to be a national reference in terms of locations and studios for the  filming of different   audiovisual products  .  However, those times are behind us. That's why, in recent years, every time cameras, lights and flashes have been announced for this kind of event, we get excited.  As good inhabitants of the interior, far from the usual productions and large TV channels, this is a unique show.  We approach, we rabble, we stared on our toes and we spy.

We Mendoza have had some specific and collective experiences in this regard. The filming of some scenes from the  1997 filmSeven Years in Tibetwas marked by fire by the whole of society . Absolutely everyone remembers those days when Brad Pitt and company came to the town of  Uspallata  to turn on the flashes, lights and cameras and capture some moments of the film.

Some less rewarding are the cases of the films  CleopatraandWild Queens (both with Natalia Oreiro), orWine to Steal.  However, even though the actors were not the most famous of the moment, the Mendocino did not miss the opportunity to show himself a cholulo. Hundreds of people moved to Potrerillos, the  Uco Valley  and other destinations to try to get a photo, autograph or simply be close to their idols.

Nicolás Nubile , recognized national and international advertising director, was filming four commercials in Mendoza, attracted by the spectacular scenery.  These advertisements, for important brands of vehicles, gastronomy and telecommunications, were an encouragement in times of quarantine,  as they meant for the sector an investment of more than 6 million pesos and direct work for more than 80 people.

Taking into account the new regulations of social distancing, the flexibilizations that have been adopted in Mendoza and the authorization of protocols for the realization of cultural activities without public, our province has established itself as an ideal place for the productions of the rest of the country and nearby countries.

The filmmakers choose Mendoza not only because of the control of the COVID-19 pandemic, but also because the province has other qualities that differentiate it, such as the high quality of artists and technicians, together with the different possibilities of locations in their landscapes and the large amount of days with sun. All this makes Mendoza “the square” chosen to film.

Nicolás Nubile arrived from Buenos Aires and, after completing the mandatory quarantine in a health hotel, began his work in the province.  Rebolucion is a film and advertising producer whose flashes were turned on in 2005. With branches in   Buenos Aires , San Pablo, Mexico and London, Rebolucion produced more than 700 commercials and won a large number of the most important awards in the industry.

In relation to the growth of our province as a destination for audiovisual productions, Nubile mentioned: “The truth is that the idea that Mendoza can begin to transform into an audiovisual pole excites us, because you have a lot of different landscapes and, in the city, you have a lot of locations to play that may be different parts of Argentina or other parts of the world. We are here, ready to film, budgeting a lot of projects and wanting to take advantage of everything the city has to give.”