Home People As we are Gender identity: an account still pending

The gender identity law was passed almost 10 years ago at the national level, however, the rights of the LGBTTTIQ+ community are still being violated. 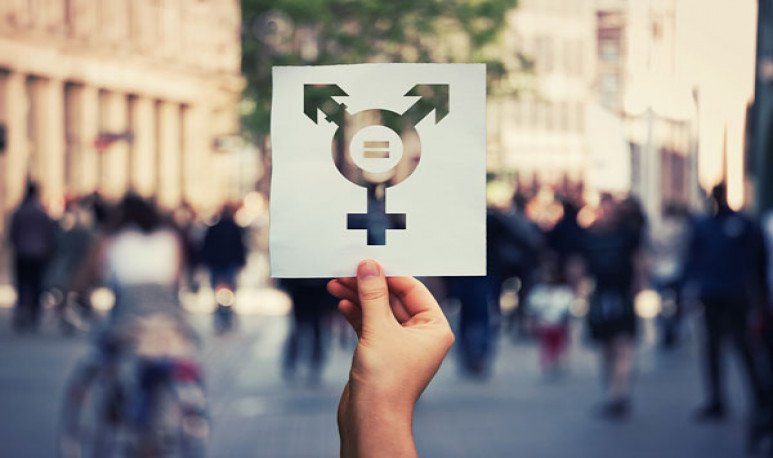 Because laws are very important, but they only represent recognition within a judicial framework.  For real, social and collective progress is also necessary  the acceptance and visibility of identities in society  as a whole. In the case of the National University of Córdoba, the gender identity law  is not being  enacted accordingly. Therefore, students and organized activists decided to denounce to make this reality visible.

It should be noted that the UNC is  one of the oldest universities in the country , and that  more than 400 years has been updated on different topics. Always thanks to the students who set the course. They and they are the ones who denounce and  with their voice they generate fundamental changes.  The reports that  were released are now led by  trans and transvestites students fighting for the  visibility of their identities.  It is a matter of showing non-compliance or irregularity in compliance with  Law 26.743,  which directly affects the LGBTTTIQ+ community. But, luckily, we don't shut up anymore.

There are many problems surrounding the  inclusion of the LGBTTTIQ+ community  within this millennial institution. However, this time, the focus is on the  breach of the Gender Identity Law on the electronic and virtual platforms of the Casa de Trejo.  In addition, the most important point is the level of exposure  students face  when they appear  registered in Digest.  As this file  disseminated personal and sensitive information publicly and freely accessible.

The Digest shows all the acts of change of name and identity,  where personal, confidential data are displayed and should not be disseminated by a public institution.For example, the previous names and identity, or the rectification of names along with the new identity. Therefore,  different organizations, with their respective references , decided to draft a complaint letter. In which they detail all the  rights infringed  and require that all data contained  and exposed to each  transvestite or trans student be deleted. The letter states that Law 26.743 and University Ordinance 9/11  guarantee the confidentiality and privacy of the personal and administrative data of trans and transvestites.  But, in this case, it is not being guaranteed in any way.

Thiago, who  is a UNC student counselor and trans activist,  tells the media and its networks the importance of deleting this data. “ If I now google my name, one of the first answers to me is resolution 9/11 which realizes that I made an identity rectification. First it exposes the procedure that I did, second, reveals previous information, that is, the data that was assigned at birth, and the gender identity law states that this is illegal,”  he says.

The importance of the issue lies in the fact that the law on gender identity  provides for every subjectivity  that wishes to make a gender change. But it does not change at all the  transphobic society in which we live.  In this regard, Thiago says: “The effects are terrible because many trans-hateful practices are still reproduced and exerted, many hate speeches circulate, there is persecution, and hate crimes towards our identities, so it seems to me that it is serious and dangerous that these data are very serious and dangerous.eacute; n exposed”.

Alexis Ravera, from the organization Devenir Diverse, also provides his opinion. “ Not only is it illegal, but it  exposes us to situations of violation and hostility.  This data, being trans or transvestites, means in most cases, not accessing a job or being kicked out if you are lucky enough to have a registered job.”

We don't live in a paradise

In an ideal society, this news would not exist. It wouldn't even be a problem if the transition data is exposed.  But that's not the case.  As Argentines we have to keep  changing, growing and questioning.  The visibility of  identities is not done without struggles, nor without the legitimization of the media. That this news, and their ideas, come to light and  reach our entire territory  drives other communities to fight for their rights.

As Argentines, with a past of repression and disappearance,  the value we should give to the right to identity is key. That's why we give strength to the University's LGBTTTIQ+ student community, and keep the fight going.