Home People As we are Gatherers friends to help the planet

A group of people in the province of Jujuy decided to go out every weekend to clean up tourist and natural spaces where they throw garbage. 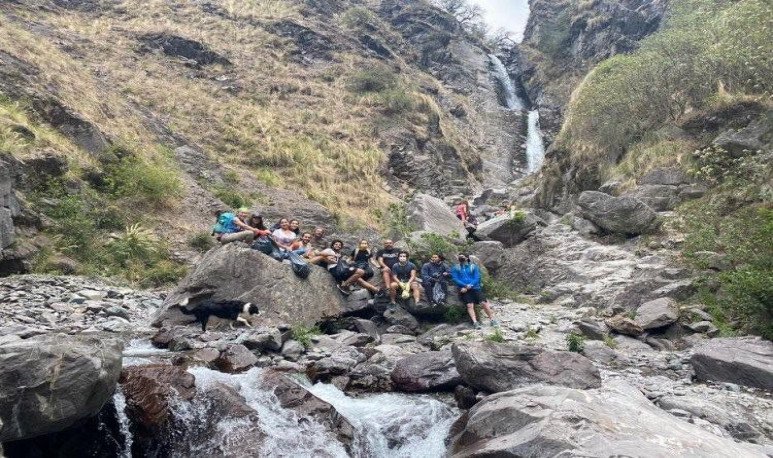 A  group of friends  from the province of Jujuy, aged between 23 and 50, formed a team to  go out to collect the garbage that others throw in tourist or natural spaces. The weekends became those days dedicated to  actively collaborating with the care of the environment to  improve the space of all Jujeños.

One of the big problems Jujuy faces today is the  large amount of garbage thrown irresponsibly . This causes, in addition to pollution, to generate foci of diseases such as dengue fever, which this year 2020 recorded a number of historical cases in the province.

Not only this: microdumpsters enhance bad odor and with precipitation things can get worse. This is because flooding can occur, among other problems such as the pollution of the napas, which generates a serious problem that threatens public health.

In the city of San Salvador alone, some 300 garbage dumps were reported  and, with the arrival of summer and heat, the situation became even more complicated.  citizen responsibility , to care for, maintain and protect the environment.

In this spirit, a group of friends, motivated to make a change, decided to go out every weekend to clean up the city . Alberto Barrionuevo, a member of the team, said that coordination is done through a WhatsApp group where they choose the day, place and time they will go to, and then move in their cars.

During their second departure they reached La Horqueta Waterfall, located a few kilometers from the Jujeña capital. To carry out the work, they comply with all safety measures using gloves, and also beards.  Once there,  they were able to collect glasses, cans, plastics, papers, among other waste .

A curious fact is that  the group has a four-legged member.  Juana is the mascot of one of the guys in the group and also helps in the collection tasks accompanying along the tour.

As the epidemiological situation caused by the pandemic improved, more people are encouraged to visit some sites. They take advantage of the quiet places in the province to get away from the city and have a little more contact with nature. What is surprising is how these people  throw waste without measuring the consequences.

For the group of friends, this carefree attitude towards the planet must change and the aim of the initiative is to start by setting an example. They consider it to be the beginning of a journey that is just beginning, although they are excited about the next step thinking about the next destination. They plan to make a large exit to  Cabra Corral , where they claim there is more garbage. They also  plan to place posters to separate the type of waste  and thus begin a recycling process.

All those who wish  to join the initiative  can do so, as the call is open and  only ask for commitment and respect for the planet.  In addition, for those who do not have the time, they can  make their contribution  through materials. At the moment, waste bags and safety elements are needed.