Home People As we are Friend's Day quarantine mode

This July 20th we celebrate a Friend's Day quarantine mode. Isolation sets the rules of a day that will not be as before. 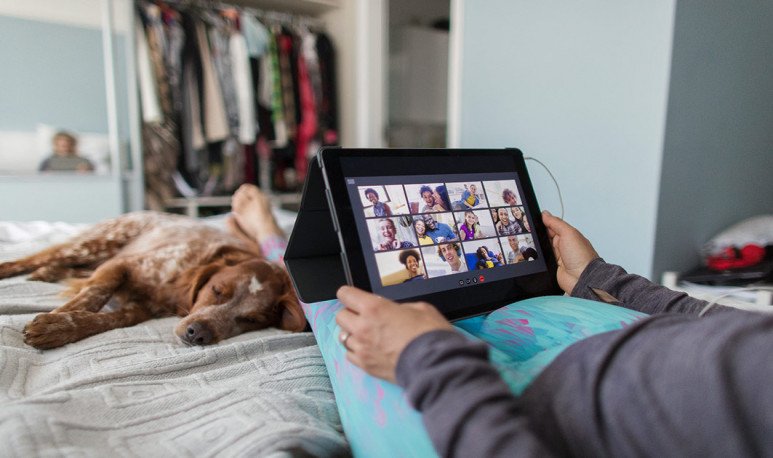 “A small step for man, a big leap for humanity.” That is the phrase  Neil Armstrong uttered when he reached the moon on July 20, 1969 . At that time, joy was shared throughout the world, generating empathy among different countries and  cultures , beyond their differences (except the Soviet Union, by the War Cold, but that's another story). Therefore, thinkers of the time considered  that date should be a celebration of friendship, establishing Friend's Day in several countries , including Argentina. No one would imagine that, 50 years later, we would celebrate Friend's Day  quarantine mode .

Argentines are friends by nature . A WhatsApp message is enough to meet for a coffee with our friends or to get together for tea with the girls. Any day, time and place are conducive to seeing us with those people who, according to the saying, are  brothers  of life. So, actually, Friend's Day is celebrated permanently.

However, for commercial issues or for what has been explained in the first paragraph, friendship has its day, July 20. At least in the case of Mendoza and in normal times, out of quarantine,  reservations in bars  and restaurants exploit during that day. At lunch and, above all, for dinner. Or, if not,  the one who has historically put his house for the juntadas is again the one who has signed up for this day.

Of course, if Friend's Day falls weekend, plans diversify. The option of going to eat a roast, or to have mattes, to the mountain pings in the tip.  Taking an afternoon in   Parque General San Martín  is another of the most popular options  . Thus, Friend's Day in Mendoza is always marked on the calendar. It doesn't happen without pain or glory. On the contrary, Mendoza prepared for that day, we celebrate that day and remember that day.

It is also often the time to see that person who “has been deleted” again.  For work, family issues or for any reason, there is always the one who has disappeared from the last ones together, but is firm on July 20.  Although, too, there are the erases that are left, they no longer appear, and they are only present by the anecdotes that are usually unleashed in the typical talks of Friend's Day.

We said that this July 20, 2020, in particular, will be totally exceptional for obvious reasons. In this context, it should be noted that the friends of Mendoza enjoy certain privileges that other Argentines do not have at the time of celebrating this day.  While meeting friends in a private house are strictly forbidden, so do not meet in restaurants .

However, there is a strict  protocol to comply with  these establishments.  These rules have to do with allowing only 6 people per table, in which case you should make a selection of best friends, when the usual groups exceed 8 or 10 people.  In addition, upon entering the restaurant or bar, you must complete an affidavit. On the other hand, whoever makes the reservation must have the last number of their ID coinciding with the day allowed, in this case, on being Monday, must end from 1 to 5.

From these restrictions for those who want to comply with the calendar and celebrate Friend's Day on July 20, is that “Friendship Week” has been promoted. So, many Mendoza celebrated this Friend's Day quarantine during the previous days, securing a place in their favorite restaurant, in the City or in the mountains.