Home People As we are Festivities or demonstrations, all at Km 0

Festivities or demonstrations, all at Km 0

Mendoza has a social meeting point par excellence: Km 0. We'll tell you where it is and what kind of encounters happen in it. 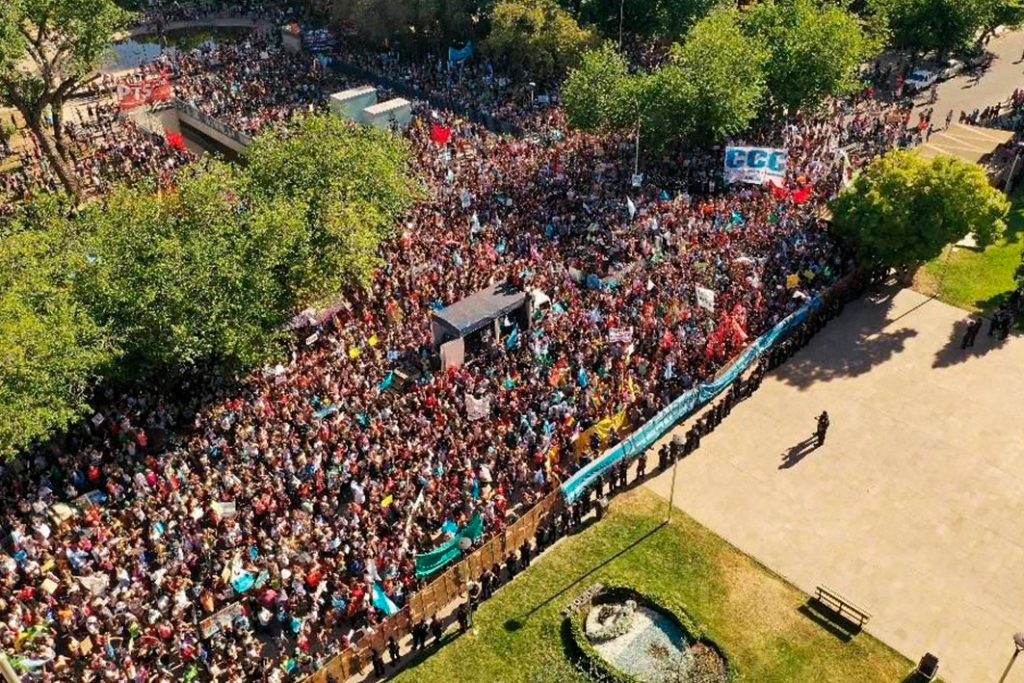 In the City of Mendoza there is a key and neuralgic point for its existence: Kilometre 0. Originally, it was considered as the point of arrival and departure from and to the province. Street numbers also took this place as a reference. However, that pillar changed its coordinates, but the old Kilometre 0 is still a classic for the Mendoza people.

The kilometer 0 de Mendoza, currently, is located in the corners of San Martín and Vicente Zapata streets.However, the Km 0 to which we refer, and which is the one that every Mendoza knows as such, is the corner of San Martín and Pedestrian Sarmiento, where that point was once marked.

Kilometre 0 is, since ancient times, the meeting place to celebrate, for example, sporting achievements, such as the title of River or Mouth, or commemorate the return to democracy. It is even often the starting point for social demonstrations.

While, in addition, Km 0 of Mendoza is an inevitable chapter within the novel that signifies the Harvest Festival for all Mendoza people. It is that the journey taken by the allegorical chariots during the White Way or the Carouselpasses, in a mandatory way, through this place . And it is, in fact, the area where the largest number of people is concentrated.

Now you know, it's not just another corner, but it's a traditional point of the Mendoza people. The mythical Gómez building or the San Martín gallery stand out in its surroundings. You just have to sit down, have a cup of coffee and contemplate, in preferential stage, the true life of the Mendoza people, watching them pass by.

After the magical wake of the Belgrano Cruiser

He traveled to Africa as a volunteer and cannot return