Home People As we are Father Opeka: love will overcome

Among the names for the Nobel Peace Prize, Argentina's Father Opeka again shines with an unprecedented social and human work in Africa. “We live to sow seeds of fraternity and friendship!” , says on Serargentino.com. 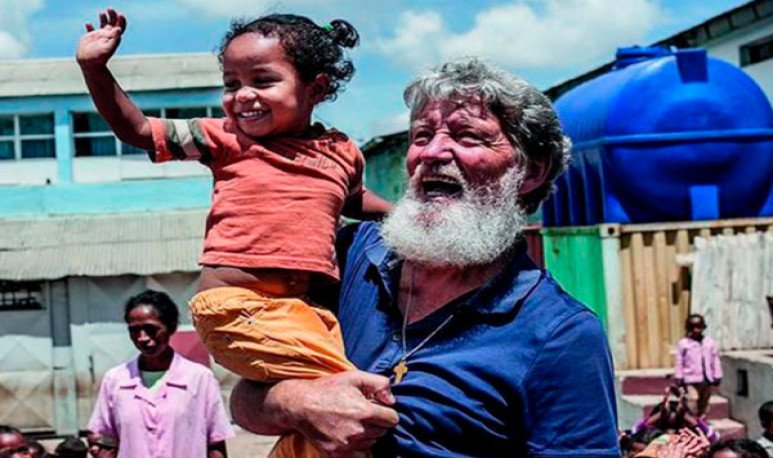 Live and suffer among them. And “Rebel to Love” building a better world. This was the vital route of Father Pedro Opeka, an Argentine priest who is nominated for the Nobel Peace Prize  by Janez Jansa, the Prime Minister of Slovenia - his parents' native country, and who justified the nomination for “helping people living in terrible living conditions”. this is true in Madagascar, where 92 per cent of the 25 million Malagasy people live on two dollars a day. And they die forsakeless in inhumane conditions, “there are no words or figures to describe misery... misery is a prison, a leprosy,” repeats Opeka from San Martín, in Buenos Aires.  For almost half a century this priest of the Congregation of Saint Vincent de Paul, ordained at the Basilica of Luján in 1975, struggles with all his might against injustice, and bearing tangible fruits transforms the world, “thanks to faith, work and school, mutual respect and discipline. In Akamasoa everyone works.”

In Akamasoa (“Good Friends” in the native language) before there was a dump and thousands of people lived stirring miseries, waste and diseases. Today, thanks to the efforts of its inhabitants led by Opeka, there is a neighborhood with water networks, schools, libraries, sports spaces and museums. Almost 500,000 people with the dignity of work got on the outskirts of Antananarivo, capital of the African island, to transform a ruin quarry into a thriving community, “ here was a place of exclusion, suffering, violence and death. After thirty years, an oasis of hope has been created in which children have regained their dignity, young people have returned to school, parents have started working to prepare a future for their children,” Opeka said during Pope Francis I's visit in September 2019.

The other Nobel candidates are the World Health Organization, Swedish activist Greta Thunberg, Russian opposition Alexander Navalny and the  Black Lives Matter movement.  In December it will be known if “the bricklayer of God” wins a prize that has distinguished in that category our compatriots  Carlos Saavedra Lamas (1936) and Adolfo Pérez Esquivel (1980) 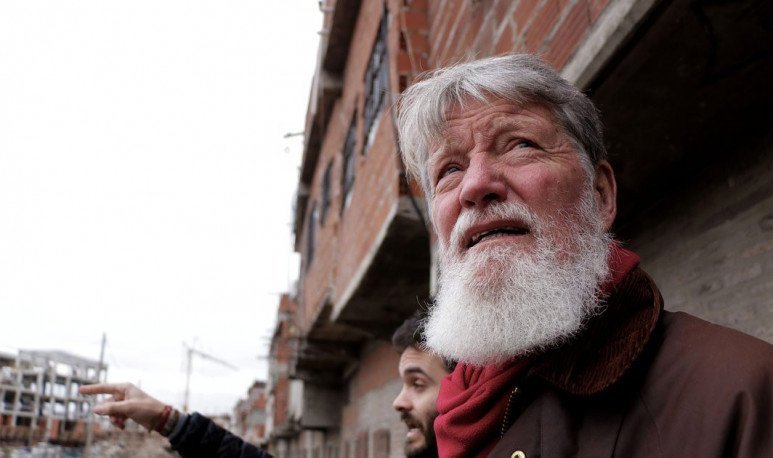 “Father Peter is dangerous: Be wary of him because, in contact with him, you could easily get an incurable disease: Love for the little ones, for the poor and an indignation at the injustice that will encourage you to act. If it sometimes seems to him that he screams too loud, it is that they haven't heard it before, with a feeling of rebellion in his heart before injustice,” says Father Andrés Maria in the postface of “Rebel for Love” (Editorial Bonum); and adds French journalist Yann Arthus-Bertrand, & Peter is a man of action, never complacent, does not measure his words, he hates the speeches of politicians, the powerful, of all those who believe they know without having ever lived the daily life of the poorest.  Pedro is at war, yes, he is furious but against selfishness, maladministration, corruption and indifference ,” he closes on who began missioning in the Argentine South in the Mapuche communities, and in 1968 he arrived in southern Madagascar, Vangaindrano. In this small town infested with inequalities, along with other priests from the same congregation, they built health dispensaries, created labor cooperatives and devoted themselves to improving education. Because of health problems, malaria and parasitosis, Opeka had to move to the country's capital, and there he would start with Akamasoa only if the minimum condition was met, “ let us be honest, not steal, that we do not take advantage of the poor, that we stay with them, let us suffer with them, let us cry and laugh with them,”  concludes the priest supported by the French government and European NGOs.

At the meeting in September last year between Opeka and Francis, the Supreme Pontiff said, “Every corner of these neighborhoods, every school or dispensary is a song of hope that denies and silences destiny.  Let's say it hard, poverty is not an unavoidable destination,” the  Argentine Pope concluded  .

In the last interview given to an Argentine media, which  serargentino.com  published a few days before his new application was known, Father Opeka said that “  The doubt was never very successful in my life or in my fight.  My pain here in Madagascar is the inertia and fatality of policymakers who do not do what is necessary for families with numerous children, and do not work for the development of their People. His compatriots live abandoned, and without any right, something that every human being should have”, synthesized the priest, who with his work educates 15,000 girls and boys, and provides tools for development to ten thousand families. 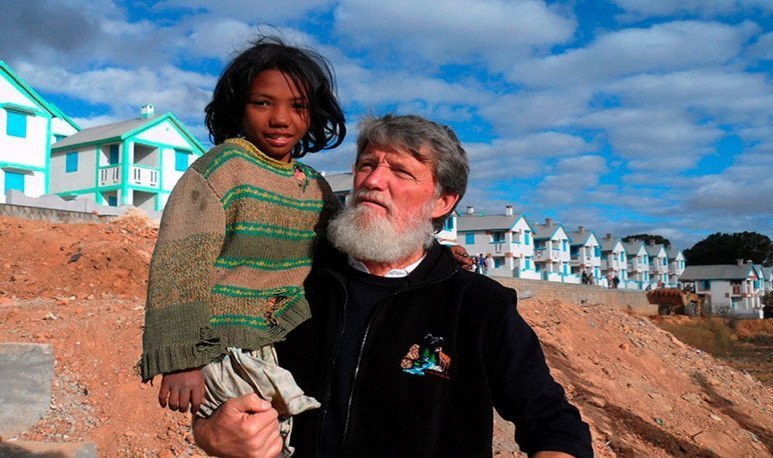 “I think it was joy, creole vividness, to be sincere and give a hand to those who need help ,” Opeka commented for this medium about his national roots, “ When I left ; Argentina on 20 August 1968 to go to Madagascar there was a lot of fraternity and solidarity among the Argentines and, also, spontaneity among the people. Then life became complicated and many of those values were diluted into an easier and more individual life.  When I came to Madagascar that spontaneity, fraternity, and above all joy, was well accepted. The little ones who are normally afraid of white, because of the joy I lived, have accepted me quickly.  The fact that they know how to live without prejudice between different races, this impacted them, and they began to make me trust. And when trust is born everything is possible!  ” And also made the “shrimp” (help) his ability as a talented midstriker, “football helped me a lot. Playing with them under a terrible sun at two o'clock in the afternoon, getting kicks and elbow, like any player, we played equal weapons. And when we scored a goal we celebrated it together, hugging and pulling each other on each other. We were already brothers of the same dignity. My first friends gave them football,” recalled Pedro, who came to train in the reserves of Independiente and Velez, two important local clubs.

Thinking about his beloved childhood for a complex and dark 2021, Father Opeka offers a ray of wisdom and hope that is learned in the streets, not in books or seminars, but in offices, “I would tell the boy and girl that life is a struggle. That everything remains to be done.  Nothing is eternal and everything changes. We live to sow seeds of love, hope, fraternity and friendship! Life is beautiful when we live it in this state of spirit!  All for one and one for all!  “, closes an essential Argentine.   To read the full exclusive interview,  follow us on   serargentino.com  with the best of your country, the Gente. 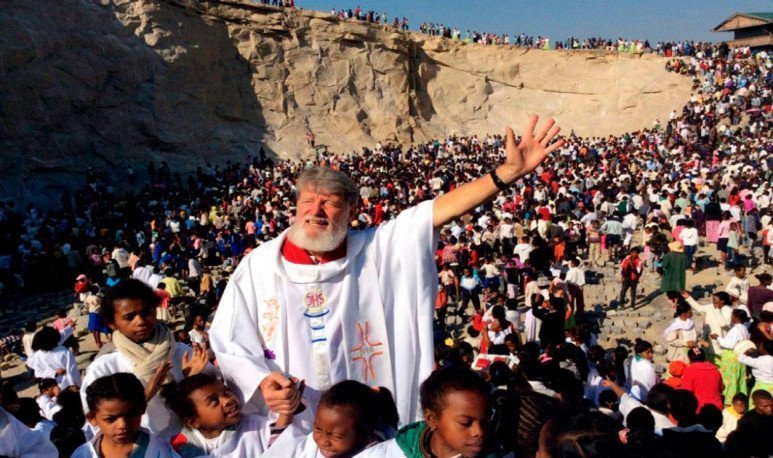