Home People As we are Eating roast in spite of everything

Popular ingenuity, at the service of the goal of eating roast in Chubut 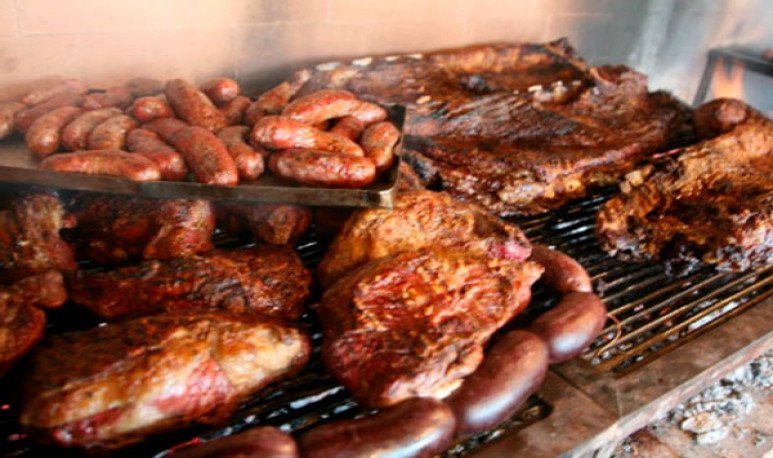 Sunday's  asadito  is an Argentine classic,  but in times of a pandemic to the family joint they have had to look for alternatives to get together virtual.

Others who suffer the absence of grills for a done and right roast have been those who live in buildings, especially the oldest, that when they were built were not designed with grills.

However, in   Trelew , in the province of  Chubut  , there was a neighbor who put all his imaginationoacute; n at the service of this great tradition, determined not to deprive yourself of a good asadito despite living on the highest floor of a housing complex.

The case occurred in the Constitución neighborhood of Trelew, better known as “the thousand dwellings”, located at the exit of the village of Luis, on the way to   Gaiman   on the national route 25, which is the one that is travel Chubut from the sea to the mountain range — or vice versa—.

The popular Trelewense neighbourhood, where the brothers  Walter  and  Lucas Mathysse  , boxing leaders lived much of their lives  national, quickly viralized on social media by the wit of the neighbor, who installed a chulengo on one of the windows of his apartment to make roast when he pleases.

He docked it directly to the window and made an extension of his property there outdoors. It should be seen if it bears the strong  Patagonian wind  that in mid-September struck the Lower Valley area of the Chubut River and also the south of the province causing damage.And also find out how it is handled in the crude winter chubutense, when the cold lurks and there is no coat worth to keep the body warm.

In Trelew or Commodore?

It was initially believed that the image of the chulengo coupled in the window could be from the 30th de Octubre neighborhood, better known as “the 1008" of   Comodoro Rivadavia  , since it is a Housing complex very similar to “las mil” although with some differences, but located in the oil city.

On social networks also began to develop that old rivalry between the southern town of Chubutense and the city of the valley, which began to dispute the creativity of the neighbor. The first publication was by a comodorense journalist claiming that it was an initiative of an inhabitant of “the 1008” and some continued to quote or respond to the tweet wondering ironically how Argentina is not a world power.

The second round of answers came from the valley to exalt the chulengo window of Trelew's “the thousand”, documenting with photographic material from different angles, as if to leave no doubt.

There were also those who encouraged to tell an antecedent in Chubut del chulengo windowero and mention was made of a remembered neighbor of  Rawson .

“These don't know anything! This was invented by the 'Willy' Chamorro in the (neighborhood) April 2 in the 90s. You know what the papaaa balcony smoked,” Dante Tartalo Lorenzati wrote on his Twitter account, to add the Chubutense capital to the conversation about the idea.

The truth is, no matter where the idea came from, what is clear is that no matter where you live, Argentine popular ingenuity — and in this case chubutense — does not rest and is put at the service of a great national tradition: asado.It doesn't matter that you're a neighbor of a building, that you don't have a balcony, that it's cold, that wind runs. If you want to eat a good roast, you can, and this is a clear example.